The practice of pilgrimage is generally held to be a core feature of religious traditions. Pilgrimage developed as a practice available to only a few. The danger of the road, the cost of travel, and restrictions of class and feudal systems made it impossible for the common people to travel to remote sacred places. Similar to the situation in Early Medieval Europe (Sumption 1975: 11-12), political instability in pre-Tokugawa Japan (pre-1603) and an overall hostility to travelling strangers discouraged even some willing pilgrims from visiting many famous sites.  Whether it was wandering Buddhist monks circuiting Medieval Japan and performing healing rituals or Heian-aristocracy visiting Buddhist sites famous for their wish-granting powers, the practice of pilgrimage, and the special benevolence of the deities that went along with it, was reserved for a handful of people who had time and wealth to spare in order to afford the travel and to secure their safety on the dangerous routes.

Since then, pilgrimage has undergone a number of transitions that have shaped and redefined the way it is practiced and perceived. Various socio-economic and political changes, as well as technological developments, the establishment of modern tourism, and the expansion of the media have changed the way individuals ‘do’ pilgrimage, and shaped scholars’ understandings of modern religious travel, facilitating the transition of pilgrimage from obscure ascetic practice to widely popular touristic activity.

The element of journey, the importance of material culture, the role of media and technology, as well as the commercialisation of the practice of pilgrimage are dictate the conditions of survival and the popularity of pilgrimage today. Pilgrimage is a vivid representation of the way religion interacts with tourism, as we have seen before in our interview with Alex Norman on ‘Spiritual Tourism’. However, the exposure of pilgrimage practice to the influences of tourism and commodification does not necessarily diminish the ‘religious’ or ‘spiritual’ character of the practice. The utilization of the technological advancements of ‘this world’ is an important element in the survival of pilgrimage in Japan and elsewhere, helping it to become a kind of religious ‘pop culture’.

Within Religious Studies, discussion has rarely focused on the so-called this-worldliness of pilgrimage. Yet,  in October, RSP interviewer Paulina Kolata was able to sit down with Professor Ian Reader to discuss his publication ‘Pilgrimage in the Marketplace’ (October 2013), which explores the very ‘worldly’ conditions of development, popularisation, and ultimately, survival of pilgrimage centres in connection to the dynamics of the marketplace through which the ‘sacred’ as a category can be sustained. In this interview, Ian offers an insight into the meaning of pilgrimage, particularly in the Japanese context, and discusses the competitiveness of the pilgrimage market, the practice’s connection to tourism, playfulness of religion, and the survival of pilgrimage practice. After a fascinating conversation and a couple of cups of coffee later, we hope that listeners will enjoy this podcast as much as Paula and Ian enjoyed recording it, and we look forward to your discussions.

For ease of listening, we decided to split this interview into two parts. The second part is available below, or at this link, where it was originally published.

Listeners may also be interested in our previous podcasts with Eoin O’Mahony on “Geographies of Religion and the Secular in Ireland“, and Alex Norman on “Spiritual Tourism“.

You can also download this interview, and subscribe to receive our weekly podcast, on iTunes. If you enjoyed it, please take a moment to rate us. And remember, you can use our Amazon.co.uk, Amazon.com or Amazon.ca links to support us at no additional cost when buying books, cooking utensils, waistcoats, stuffed animals, and more.

Following his Albert Moore Memorial Lecture at Otago University, celebrating 50 years of Religious Studies at Otago, Professor Wesley Wildman talks to Thomas White regarding the integration of the sciences and the humanities in his bio-cultural approach to the study of religion.

The diversity of Muslim environmentalisms shows the urgency of decolonizing Religious Studies and Environmental Humanities amid escalating global climate crises, says Prof. Anna Gade in this week's episode. Based on her decades of fieldwork in Indonesia, Dr. Gade sketches new intersections of religion and the environment that decenter conversations long dominated by Western ecological models.

Where are you going…and Are you a Pilgrim?

What is a pilgrim? Who is a pilgrim? Simply visiting a shrine, cathedral, temple, or other ‘sacred’ site cannot be the defining characteristic. How do you choose a vacation destination? Is it a specific location with personal meaning, or is the potential for exploration more alluring than anything else?
PrevPrevious EpisodeUnderstanding the Secular
Next EpisodePilgrimage in Japan and Beyond: Part 2Next

The interview explores S. Brent Plate's personal research journey into this relatively young field, charting the history of the field in the process. Discussion then turns to the key terms involved... what are we meaning by "religion and film"? The relationship of established "world religions" to cinema? Religion/s on Film? Documentaries?

Recently, scholars have placed the concept of ‘meaning making’ as an important area of focus within psychology of religion. Some people find meaning in religious or spiritual experience and beliefs while others find meaning on more secular mediums in life. However, if humans are truly on a “search for meaning”, as Frankl has argued, what might be some of the sources of such meaning? 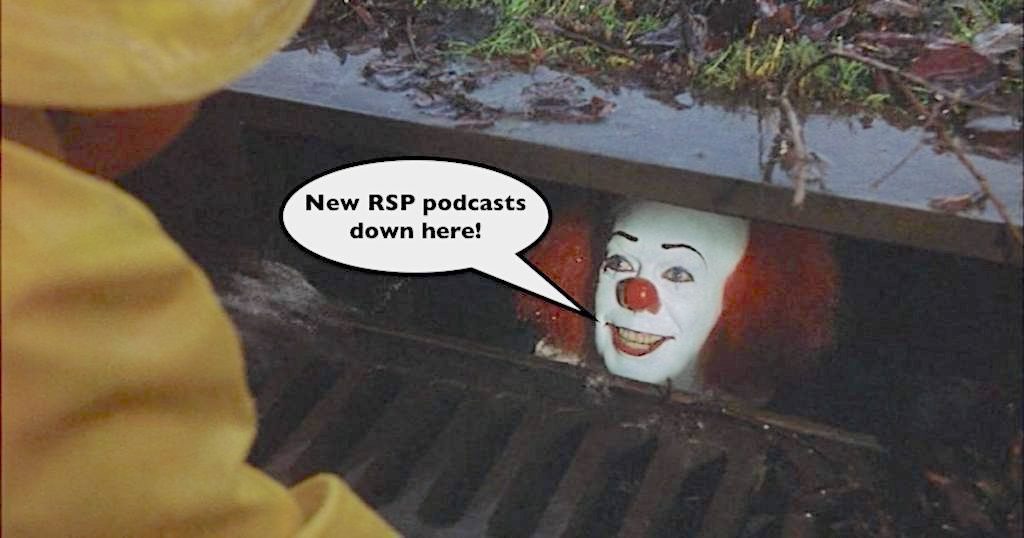