How we can position the study of non-religion within the discipline of Religious Studies? Sounds like a bit of an oxymoron, doesn’t it? Those of you who have been listening to the Religious Studies Project for some time will be somewhat familiar with the emerging sub-field of ‘non-religion’ studies. Perhaps you have listened to our podcast with Lois Lee, ...

How we can position the study of non-religion within the discipline of Religious Studies? Sounds like a bit of an oxymoron, doesn’t it? Those of you who have been listening to the Religious Studies Project for some time will be somewhat familiar with the emerging sub-field of ‘non-religion’ studies. Perhaps you have listened to our podcast with Lois Lee, the founder of the Non-religion and Secularity Research Network, and wanted to know more? Or maybe you have heard Chris’s incessant ‘yes, but what about the ‘ non-religious?’ question in interviews and roundtables and wondered what this all has to do with Religious Studies? Whether or not either of these happened, we hope that you will enjoy this roundtable discussion with Dr Louise Connelly, Christopher Cotter, Dr Frans Jespers, Ethan Quillen, Dr Steven Sutcliffe, and Dr Teemu Taira.

At the suggestion of Dr Steven Sutcliffe, Chris convened a group of scholars to discuss the study of non-religion within a Religious Studies framework. How do we define non-religion? What does such a demarcation have to offer our discipline? What is the scholar’s role in assigning labels such as ‘religious’ or ‘non-religious to individuals or groups who may eschew such labels? Are the ‘spiritual but not religious’ to be considered ‘non-religious’? And why would we even want to use the term ‘non-religion’ anyway? These questions and more form the basis of what became quite a lively discussion. 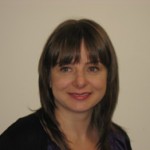 Louise Connelly, Ph.D., currently works as an Online Learning Advisor for the Institute for Academic Development at the University of Edinburgh. She also teaches short-courses in Hinduism and Buddhism through the Office of Lifelong Learning at the University of Edinburgh. Her Ph.D. thesis is titled “Aspects of the Self: An analysis of self reflection, self presentation and the experiential self within selected Buddhist blogs” (University of Edinburgh). Her research interests include early Buddhism, visual culture, the use of social media, and Buddhist ritual and identity in the online world of Second Life. Her recent publications include ‘Virtual Buddhism: An analysis of aesthetics in relation to religious practice within Second Life’, Heidelberg Journal of Religions on the Internet (2010); ‘Virtual Buddhism: Buddhist ritual in Second Life’ in Digital Religion: Understanding Religious Practice in New Media Worlds, Campbell (ed.) (2012); and Campbell and Connelly, ‘Religion and the Internet’ in the Encylopedia of Cyber Behavior,  Zang (ed.) (2012). See her personal blog or website for a full CV. 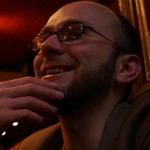 Christopher R. Cotter is a PhD Candidate at Lancaster University, UK. His thesis, under the supervision of Professor Kim Knott, focuses upon the lived relationships between the concepts of ‘religion’, ‘nonreligion’, and the ‘secular’, and their theoretical implications for Religious Studies. In 2011, he completed his MSc by Research in Religious Studies at the University of Edinburgh, on the topic ‘Toward a Typology of Nonreligion: A Qualitative Analysis of Everyday Narratives of Scottish University Students’. Chris has published on contemporary atheism in the International Journal for the Study of New Religions, is Editor and Bibliography Manager at the Nonreligion and Secularity Research Network, and co-editor (with Abby Day and Giselle Vincett) of the volume Social Identities between the Sacred and the Secular (Ashgate, 2013). See his personal blog, oracademia.edu page for a full CV.

Frans Jespers is associate professor of Science of Religion at the Faculty of Theology of Radboud University in Nijmegen, the Netherlands (Frans, please do send a bio when you get a chance – sorry about our lack of information in English!) 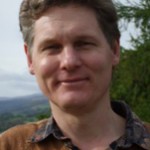 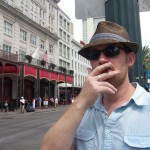 Dr. Teemu Taira holds a research fellowship at the Academy of Finland at the department of Comparative Religion, University of Turku, Finland. He received his PhD in 2006 from the University of Turku and his recent research has focused on three areas: (1) religion and the secular in the British and Finnish media, (2) the new visibility of atheism, and (3) discursive study on ‘religion’. Taira’s current project examines discourse on religion and the secular in the Finnish media. For a full list of Taira’s publications in English and Finnish languages, see www.teemutaira.wordpress.com.

What might a queer feminist engagement with Latour’s proposals look like? It’s that hectic time of year for academics when papers and exams pile up and the end-of-year holidays loom large. In the midst of it all, I’ve been dividing my attention between the knowledge projects that interest me most: queer feminist theory, religious studies, and feminist science studies - particularly those engaged with the climate change and the politics of our new global epoch which some have christened the Anthropocene.

What exactly is the mode of existence of social relationships? Are they substantial? natural? or formally abstract? The study of space offers an answer according to which the social relations of production have a social existence to the extent that they have a spatial existence; they project themselves into a space, becoming inscribed there, and in the process producing that space itself. Failing this,...
PrevPrevious EpisodeReligion in the 2011 UK Census
Next EpisodeFive Lectures on Atheism, Nonreligion, and Secularity, from the NSRNNext

Demystifying the Study of Religion

In this podcast we have a group discussion about Russell McCutcheon's new book, Religion in Theory and Practice: Demystifying the Field for Burgeoning Academics. Joining us on the podcast is not only the author himself, but two young scholars who also contributed to the book, Matt Sheedy and Tara Baldrick-Marone.

Buddhism in the critical classroom

How do we deal with different cultural languages when teaching an Introduction to Buddhism course? Is cultural familiarity something to be broken immediately and displaced by new concepts and perspectives? Is it to be leveraged as devices for easy onboarding to other, more unfamiliar terms and ideas? Are they to be outright ignored? David Robertson is joined by Matthew Hayes

Religion, spiritualty and health – oh my! In this day and age, we might be inclined to ask if these three words, when combined, can contribute anything resembling a positive health outcome. In other words, can being religious or spiritual actually contribute to an individual’s overall health? Dr. Koenig answers the questions with a resounding yes!