Over the past decade or so, the academic study of religion has become infused with a (re-)appreciation of 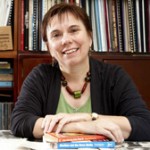 the importance and impact of space, place and location upon its field of study. Of course, scholars have for a long time been aware of the need to situate ‘religion’ in context, however, the spatial analysis goes far beyond mere description of physical or cultural spaces, attending to the materiality and embodiment of ‘religious’ actions, thoughts, feelings, expressions etc and the reciprocity between individuals and the many different physical, social, intellectual, emotional, historical etc spaces in which they move.

At a basic level, we can all think of obvious examples of formalised sacred spaces – but what about the religious character of ostensibly secular locations such as street corners, restaurants, or university campuses? What has been the effect of the development of, and engagement with, the internet? What about physical spaces which are transitory in nature, such as shared or multi-faith worship spaces, airport prayer rooms, or sports halls? What are the effects of our own bodies and the embodiment of others? What are the spatial properties of extension through time and across the globe? In this podcast, Chris is joined by Professor Kim Knott, Professor of Religious and Secular Studies at Lancaster University, and author of The Location of Religion: A Spatial Analysis (2005), to discuss these questions, to present the methodology she developed to attempt to tackle such questions, to give practical examples of this methodology in a number of different contexts, and much more. In fact, the air conditioner in the room where this interview was recorded acts as a prime example of the impact that a ‘space’ can have…

You can also download this interview, and subscribe to receive our weekly podcast, on iTunes. And please, take moment to rate us.

In the conclusion of her recent article in the journal Religion (2009), Knott asks ‘What are the scholarly merits of studying religion in local perspective?’ She replies:

An examination of specific places (whether physical, social or discursive) and localised religious groups, places and activities challenges the conception of ‘World Religions’ as unities focused on discrete, systematic sets of traditions, and normative beliefs and practices. In fact, it is possible that some religious people and organisations forged in particular localities become more interconnected and akin to each other than they are to those at a distance with whom they share a formal religious identity. […]

Studying religion in locality also signals a move away from the modernist regime of collecting, classifying and comparing data towards  seeing religion as a plural, dynamic and engaged part of a complex social environment or habitat that is globally interconnected and suffused with power. Re-engaging it with what has traditionally been seen as its ‘context’ helps us to reconnect ‘religion’ with those other categories – ‘society’, ‘politics’ and ‘economics’ – from which has been separated for the purpose of classification and study (Fitzgerald, 2007). In focusing intensively on particular bodies, objects, groups or places, we begin to see the difficulty and erroneousness of distinguishing ‘religion’ from other social fields in order to investigate it without meaningful reference to its context. Such an act of scholarly reconnection inevitably requires a multidisciplinary and polymethodic process that brings a researcher into engagement with others within and beyond the study of religions who approach the study of that body, object, group or place and what goes on within it from sociological, geographical, cultural, historical, anthropological and economic perspectives using a variety of fieldwork and textual methods. (2009, 159)

Kim Knott is Professor of Religious and Secular Studies at Lancaster University. She works on contemporary religion and the ‘secular sacred’, and their interrelationship. She developed a spatial methodology in Jolyon Mitchell, in L Woodhead and R Catto (eds), Religion and Change in Modern Britain (2012). She participates in a large programme of research on ‘Religion and Diversity’, funded by the SSHRC in Canada and hosted at the University of Ottawa, and has been an international advisor in international projects on ‘The Religious Lives of Migrant Minorities’, ‘Religious Pluralisation in Europe’, ‘Living with Difference’, and ‘Multi-Faith Spaces’. She has been on working groups, commissioning panels and advisory boards for several UK research council research programmes: ‘Religion and Society’, ‘New Security Challenges: Radicalisation – A Critical Reassessment’, and ‘Connected Communities’. She is currently on the editorial boards of the journals Religion, South Asian Diaspora, Journal of Contemporary Religion and Fieldwork in Religion and was General Secretary of the European Association for the Study of Religion (2005-10) and President of the British Association for the Study of Religions in the 1990s. A full bibloography and more information can be found on her departmental web page.

This interview was recorded at the Why are Women more Religious than Men?” and David Morgan on Material Religion.

In this episode, Chris Cotter talks to David Morgan about the fast-growing sub-field of material religion.

What exactly is the mode of existence of social relationships? Are they substantial? natural? or formally abstract? The study of space offers an answer according to which the social relations of production have a social existence to the extent that they have a spatial existence; they project themselves into a space, becoming inscribed there, and in the process producing that space itself. Failing this,...
PrevPrevious EpisodeWhy are Women more Religious than Men?
Next EpisodeDigital ReligionNext

What exactly does Material Religion bring to Religious Studies? Is it a potentially revolutionary phenomenon, or merely a passing fad? How might one apply the theoretical perspectives and methodologies developed in this growing field to some of the defining debates of our subject area? To discuss these issues, and reflect on the conference in general,...

During the annual conference of the European Association for the Study of Religion at the University of Groningen, the Netherlands, Damon Lycourinos had the pleasure of interviewing Jay regarding her work on the subtle body and alternative notions of intersubjectivity, addressing both the theoretical and methodological...

Visual Culture and the Study of Religion

After the keynote, at the EASR, guest interviewer George Ioannides had the opportunity to meet with Professor Meyer to discuss her work, her career, her views on the importance of studying religion and/as material and visual culture, and her advice for students who similarly wish to research topics at the intersection of cultural anthropology and the study of religion.

Geographies of Religion and the Secular in Ireland

In this broad-ranging interview, O’Mahony eruditely demonstrates what geography can bring to the academic study of ‘religion’ and presents Ireland as a fascinating context within which to examine processes of boundary-making between the contested constructs of ‘religion’ and the ‘secular’.