Identity or Identification? In this second podcast for Identities? Week, the Culture on the Edge group address the issue of religious identity.

“There is no such thing as identity, only operational acts of identification.” – Jean-Francois Bayart

Is our identity – cultural, religious or other – something which causes us to act, or something which we choose to mobilise in certain circumstances? And what part do scholars have in reifying these discourses? Why are certain groups “militant” and not others? And what does this have to do with Hinduism? (Don’t ask me, though – I’m a straight white British male and therefore have no cultural identity…)

The group’s blog can be read here – although we’ll also be featuring their posts on the RSP facebook page. You can also download this interview, and subscribe to receive our weekly podcast, on iTunes. And if you enjoyed it, please take a moment to rate us, or use our Amazon.co.uk or Amazon.com link to support us when buying your important books etc.

Culture on the Edge is an international scholarly working group, centered at the University of Alabama and begun in the Spring of 2012, whose aim is to use social theory to offer more nuanced understandings of how those things that we commonly call identities are produced, managed, and continually reproduced. Culture on the Edge therefore tackles, at a variety of social sites, the contradiction between, on the one hand, the historicity of identity (which is now generally seen by scholars to be always fluid over place and time), and, on the other, the nagging presumption of a static and ahistorical origin against which cultural change is thought to be measured. 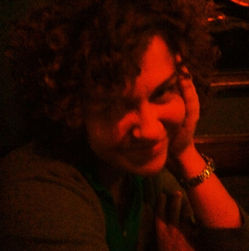 K. Merinda Simmons is an Assistant Professor of Religious Studies at The University of Alabama. Her manuscript, Mary Prince and Her Sisters: Gender, Race, Migration, and the Problem of Authenticity, has recently been contracted by Ohio State University Press and her other books include Studying Religion: A Reader (Acumen, forthcoming) and the co-edited Race and Displacement (The University of Alabama Press, 2013). She is also the co-editor (along with Houston Baker) for the newly contracted collection, The Trouble with Post-Blackness(Columbia University Press), examining the assumptions that make possible the ideal of “post-blackness” that many media moguls, politicians, and public intellectuals have now adopted. 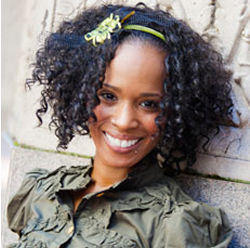 Monica R. Miller is Assistant Professor of Religion and Africana Studies at Lehigh University and among other publications, author of Religion and Hip Hop (Routledge, 2012). Miller is Principal Investigator of a large scale survey project entitled “Remaking Religion” which examines changing patterns of religion and irreligion in youth culture in Portland, Oregon. Monica also is editing Claiming Identity in the Study of Religion, the first book in the Culture on the Edge book series. Follow Monica on Twitter. 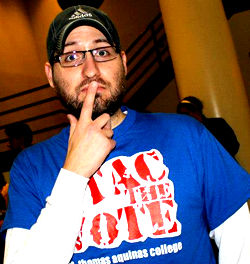 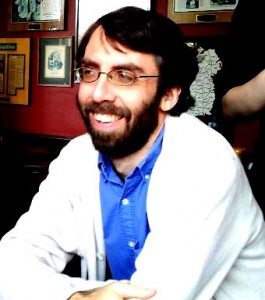 Steven Ramey is Associate Professor in the Department of Religious Studies and Director of Asian Studies at the University of Alabama. His book Hindu Sufi or Sikh (Palgrave, 2008) focuses on communities who identify as Sindhi Hindus and the ways they contest dominant understandings of identities, both in India and beyond. His newest project addresses the assumptions in the language of religious labels and the ways those assumptions determine research and valorize particular constructions of religions. He is Series Editor of Culture on the Edge: Studies in Identity Formation, a book series with Equinox Publishers. 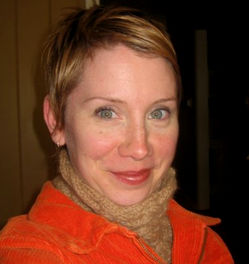 Leslie Dorrough Smith is an Assistant Professor of Religious Studies and Director of the Women’s and Gender Studies Department at Avila University (Kansas City, MO). She has just finished a book manuscript, contracted by Oxford University Press, that explores the uses for rhetorics of chaos within such groups as Concerned Women for America, one of the nation’s most powerful and vocal conservative Christian groups. Among her articles are: “Divine Order, Divine Myth: Uncovering the Mythical Construction of Gender Ideals in Protestant Fundamentalist Circles” (ARC: The Journal of the Faculty of Religious Studies, McGill University, 2002) and “What’s in a Name?: Scholarship and the Pathology of Conservative Protestantism” (Method & Theory in the Study of Religion, 2008), and a chapter in After the Passion is Gone: American Religious Consequences (AltaMira Press, 2004) entitled “Living In the World, But Not of the World: Understanding Evangelical Support for ‘The Passion of the Christ’.” Vaia Touna earned her BA and MA at Aristotle University of Thessaloniki, Greece, in the study of Hellenistic religions, and ancient Greek literature, and is currently writing her doctoral dissertation at the University of Alberta in Edmonton, Canada. Her research focuses on the sociology of identity formation with examples drawn from ancient, to modern Greece. Vaia is the Editorial Assistant for the journal Method & Theory in the Study of Religion (published by Brill of the Netherlands). Among her publications are: “The Manageable Self in the Early Hellenistic Era” published in The Bulletin for the Study of Religion (2010) and “Redescribing Iconoclasm: Holey Frescoes and Identity Formation,” a chapter in Failure and Nerve in the Academic Study of Religion (Acumen, 2012). Vaia is also the editor for The Problem of Nostalgia in the Study of Identification in the Culture on the Edge Book Series.

“Would You Still Call Yourself an Asianist?”

Over the course of Ramey's career he has gradually and smoothly made a significant shift. Of course he still studies material relevant to his earlier training, but a shift in research focus from inter-religious cooperation to diaspora religion, eventually studying south Asian communities in the U.S.