The use of serpents – more commonly known as ‘venomous snakes’ – within religious practices is by no means a new phenomenon within religious and cultural contexts. Certainly there are plenty of examples of where serpents have been power symbols both in totem and ritualistic traditions.  Moreover, many of the world’s population identify with serpent play as a potentially dangerous exercise. Within this risk potential, the serpent carries a variety of different auspicious meanings related to culture and/or the impermanence of life. The Southeast United States is no exception. The Appalachian Mountain region of the Southeast was geographically isolated in many parts from the rest of the United States until recently. This isolation coupled with the challenges of a rural socio-economic lifestyle created uncertainty within the minds of many inhabitants. Religious beliefs and practices provided meaning and certainty within an uncertain world. Serpent Handling traditions of Appalachia were no exception.

Serpent handling as a religious practice appeared within the first decade of the twentieth century. The practice emerged in east Tennessee and spread to other parts of the Southern Appalachian Mountain region of the United States. While many different groups, both Holiness and Pentecostal, enact the practice, the serpent handling groups themselves have no parent organization that binds them together. What binds the groups together is a sharing in diversity of belief with similar religious practices (Burton, 1993 pg. 20-21). Serpent handling sects are historically and philosophically linked to three forms of American Protestantism: Holiness, fundamentalism, and Pentecostalism, although typically many groups would identify their membership as Holiness (Hood, found in Brown & Mcdonald, 2000). The fundamentalists influence among serpent handlers is in their acceptance of a plain reading of the Bible when it is appropriate (Hood, Hill, & Williamson, 2005).

As handling serpents began spreading throughout the Southern Appalachians, the notoriety of serpent bite deaths increased (Hood & Williamson, 2008). Much of the public fascination with these traditions relates primarily to the dangerous practice of handling of serpents or drinking of poison as part of the religious ritual. Many outsider observers assume that serpent handling traditions are of one religion or of a single theology. Such an assumption cannot be further from the truth. Many of the churches diverge on issues of textual interpretation of the Bible and theology. Their only unifying practice is dictated within Mark 16. For those within these traditions, handling of serpents or drinking of poison is an issue of religious freedom. Most states have enacted laws outlawing the practice of serpent handling. Regardless of the legal discrimination or the physical risk to themselves, the serpent handling sects assume the risk to follow God’s commandment (Hood, 1998).

In this week’s podcast, Chris Silver and Dr Paul Williamson explore Williamson’s research, and by proxy his colleague Ralph W. Hood Jr. (see our podcast from 2 weeks ago) related to documentation of the Serpent Handling Sects of Appalachia. By some accounts these traditions are in decline due to globalization. Williamson has attempted to study these traditions qualitatively and quantitatively to better understand the profound sense of religious commitment and deeper meaning of the theology and practices of the Serpent Handling sects.

You can also download this interview, and subscribe to receive our weekly podcast, on iTunes. And if you enjoyed it, please take a moment to rate us, or use our Amazon.co.uk or Amazon.com link to support us when buying your important books etc. 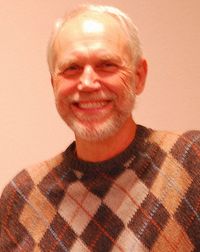 W. Paul Williamson is professor of psychology at Henderson State University (USA), although he has not always been in academic research. He was previously a full-time clergy in a Pentecostal denomination for 17 years, but then became more interested in religion from a psychological perspective. This led to his studies at the University of Tennessee, Knoxville, where he earned a Ph.D. in experimental psychology with training in both quantitative and qualitative research methodologies. Applying these approaches to the psychology of religion, he has published work in the areas of mysticism, religious fundamentalism, Christian serpent handling, and, most recently, spiritual transformation within the context of substance abuse recovery. He has co-authored The Psychology of Religious Fundamentalism (2005, Guilford Press), with Ralph W. Hood, Jr., and Peter C. Hill; and Them That Believe: The Power and Meaning of the Christian Serpent Handling Tradition (2008; University of California Press), with Ralph W. Hood, Jr. He is a recipient of the Margaret Gorman Early Career Award and the Distinguished Service Award, both from the American Psychological Association, Division 36: Society for the Psychology of Religion and Spirituality.

According to Williamson, “What so often is missing in research is a balanced approach in the psychological study of religious phenomena. It typically is either from the objective standpoint or from the subjective point of view. What is needed for a more complete understanding of a particular phenomenon is the blending together of both perspectives in the use of quantitative and qualitative methodologies.”

Stereotypes and Dangerous Rituals: A Reflection on the Academic Study of Serpent-Handling

"While Hollywood often takes a critical stance in the name of provocation and artistic freedom, scholars of particular social and cultural groups often find themselves working against the grain of collective assumptions." In one melancholic and chilling scene in director Andrew Dominik’s The Assassination of Jesse James by the Coward Robert Ford (2007), leading man Brad Pitt’s rendition of the famous American outlaw sits outside his Missouri home.
PrevPrevious EpisodePeter Collins on Religion and the Built Environment
Next EpisodeReligion in a Networked SocietyNext

Ritual, Religion, and the Evolutionary Foundations of Human Culture

Cognitive neuroscientist Merlin Donald discusses the role of ritual in human evolution, and its continued importance in all forms of society and culture. In this interview, Professor Donald outlines his perspective on the evolution of human cognition, and the importance of both embodied communication and mind-sharing networks.

The Burning Saints, Fire-Walking Rituals of the Anastenaria

It’s dark outside. The moon hangs in the sky and the soft smell of smoke permeates the warm air as it stings your eyes. Looking down, you notice the glow from burning coals, as hot as 535 degrees C, scattered on the ground below. When Saint Constantine calls you to become a firewalker – you answer - at least if you are one of the Anastenaria.

Studying Vernacular Religion in the US

Vernacular religion is a subject which fascinates us here at the RSP, because in keeping with our critical perspective, it challenges that idea that neat categorical boundaries may be drawn, and reminds us that when attempts are made to draw them, particular interests are being served.

In this interview, discussion focuses on Roof’s work on the Baby Boom generation and beyond, particularly as expressed in his books A Generation of Seekers (1993) and Spiritual Marketplace (1999). In these books, Roof combined survey data with panel studies and interviews across a broad spectrum ...

Pilgrimage in Japan and Beyond: Part 2