As one of the earliest forms of Personality Assessment, the Myers Briggs Type Indicator or MBTI was first formally published in 1942 by Katharine Briggs and Isabel Myers. Inspired by the theoretical richness of Carl Jung, the MBTI explored and celebrated the differences of people regarding their behavior. Psychology certainly has benefited from the application of Personality Type in a variety of ways.

As one of the earliest forms of Personality Assessment, the Myers Briggs Type Indicator or MBTI was first formally published in 1942 by Katharine Briggs and Isabel Myers. Inspired by the theoretical richness of Carl Jung, the MBTI explored and celebrated the differences of people regarding their behavior. The structure of the MBTI makes the assumption that behavior is innate in various forms and that people have dominate and – in some theories of personality – recessive behaviors which are automatic and inherent. Psychological Type theory has four sets of binary choices related to personality. Those are two orientation types defined as extraversion and introversion, two perceiving functions described as sensing and intuition, two judging functions defined as thinking and feeling and two attitudinal perspectives described as judging and perceiving. These four binary choices produce sixteen possible personality types. 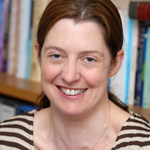 Research has explored a variety of perspectives regarding personality type particularly in exploration of the intersections and division of innate characteristics from socially conditioned characteristics. Even more, some research has shown that some recessive binary opposites emerge within adverse environmental conditions indicating a much more dynamic nature to Personality Type than originally thought in earlier academic literature. Personality Type Theory and Psychometrics has become a popular mainstay in a variety of academic and applied disciplines. Certainly one can find the MBTI in use in a variety of settings from medical to education. Psychology certainly has benefited from the application of Personality Type in a variety of ways. The field of Psychology of Religion is no exception. Certainly one can find continued focus and utility in the extensive works of scholars such as Leslie J. Francis at the University of Warwick in the U.K., Mandy Robbins at Glyndŵr University in Wrexham, UK as well as Christopher F. J. Ross at Wilfrid Laurier University and others who find depth and exploration in the recondite study of psychology of religion. This podcast features Christopher Silver speaking with Mandy Robbins.

You can also download this interview, and subscribe to receive our weekly podcast, on iTunes. And if you enjoyed it, please take a moment to rate us, or use our Amazon.co.uk link to support us when buying your important books etc.

Certainly the field of Personality Type is not without detractors. As the field of psychometrics becomes increasing complex so too are the arguments against classic and traditional measures. Within some circles of psychology and psychology of religion in particular, personality type has met with recent scrutiny in comparison to other theories of personality such as the Big Five. Concerns over issues of statistical validity and measurable complexity come to mind. Many of those who fall within the Big Five camp regarding trait versus type theory find fault or concern with the binary structure of MBTI. Moreover, many of the detractors certainly have a valid argument as the data of the Myers Briggs Type Indicator functions much differently than more recent parametric measures such as the Big Five Domain. The Big Five domain has at the heart of its psychometric assumption the expectations of parametric normality meaning the data plots within a ubiquitous bell curve structure. For the MBTI especially in traditional forms of the assessment, certainly the data was either dichotomously based or in some forms percentage of agreement based (where analysis requires a nonparametric alternative such as Chi-Square). Based on these observations many psychometric theorist assumed the MBTI was not psychometrically valid as an assessment of personality. Certainly parametric attempts have been made to create alternative measures of personality. One of the fruitful products of Dr Francis’ work has been a measure of personality type which is scored and analyzed within parametric analysis. This research has reconfirmed the utility and usefulness of the Myers Briggs within not only within psychology but the field of psychology of religion as well.

While the debate is based in the operationalization of method and analysis in many respects, those who favor the Big Five certainly miss the richness of description related to each of the sixteen personality types. Moreover, the depth of Jungian theory is lost on a newer more statistically focused generation who seeks to quantitatively measure and account for human phenomena numerically as opposed to holistically. The work of Mandy Robbins and her colleagues still hold true to concerns with grand theory and the depth of human experience. This podcast explores the work of Mandy Robbins within the field of Psychology of Religion through the use of MBTI and similar measures. She explores the complexity of individuals and how their personality type can be descriptive of the types of people who call themselves religious and/or spiritual.

Mandy Robbins gained her first degree at the University of Wales, Lampeter in 1992 in Theology and Archaeology, her MPhil in Theology at Trinity College, Carmarthen in 1996, and her PhD in Theology at the University of Wales, Bangor in 2002. In 2005 she completed a post-graduate diploma with the Open University in Psychology. Mandy is also qualified as an MBTI practitioner. She worked as a junior research fellow at Trinity College, Carmarthen 1995-1999. From there she moved to the University of Wales, Bangor as teaching and research Fellow 1999-2007. In 2007 she moved to the University of Warwick as senior research fellow before moving in 2011 to Glyndŵr University as senior lecturer. She is managing editor of Rural Theology: International, ecumenical and interdisciplinary perspectives and also serves on the editorial boards of Welsh Journal of Psychology and Journal of Religious Education. Mandy’s research interests are within the field of the psychology of religion and include the beliefs and values of young people in England, Wales and Northern Ireland, personality theory and clergywomen in the Church of England. Mandy’s research employs mainly quantitative methods.

Robbins, M., Francis, L.J., Ryland, A. (2011). Do introverts appreciate the same things as extraverts within a ministry team? A study among leaders within the Newfrontiers network of churches in the United Kingdom. Research in the Social Scientific Study of Religion, 22, 306-314.

In this episode, Jonathan Tuckett is joined by Naomi R. Goldenberg, who argues that religions are formed in distinction to governmental ‘States’ and represent the last vestiges of the previous order and explores several examples of this as well as considering the implications of this distinction.

Questioning the Utility of Myers-Briggs

"The listener is left with a general overview of the use of the Myers Briggs as a measure of predictive and descriptive social trends among specific samples within a variety of religious groups." In her research, Mandy Robbins applies Carl Jung’s Psychological Type Theory, which was later modified as the Myers-Briggs Type Indicator, ...
PrevPrevious EpisodeReligious Experience
Next EpisodeAcademic Publishing RoundtableNext

Over ten years ago, Streib saw applicability to Fowler’s stages, but not in their typical empirical application. Heinz realized that Fowler’s descriptions had descriptive utility in how individuals structure and formalize their belief, but he also recognized that the graduated method of “stages” was empirically and culturally problematic. For Streib, these systems of meaning were not passé or scant in any way, only different.

The RSP Psychology of Religion Participatory Panel Special took place during the International Association for the Psychology of Religion 2013 world congress this August in Switzerland, hosted at the at the University of Lausanne. We asked for the RSP listeners to steer the conversation and YOU responded with tough questions... 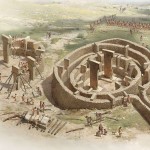