Questioning the Utility of Myers-Briggs

"The listener is left with a general overview of the use of the Myers Briggs as a measure of predictive and descriptive social trends among specific samples within a variety of religious groups." In her research, Mandy Robbins applies Carl Jung’s Psychological Type Theory, which was later modified as the Myers-Briggs Type Indicator, ...

As one of the earliest forms of Personality Assessment, the Myers Briggs Type Indicator or MBTI was first formally published in 1942 by Katharine Briggs and Isabel Myers. Inspired by the theoretical richness of Carl Jung, the MBTI explored and celebrated the differences of people regarding their behavior. Psychology certainly has benefited from the application of Personality Type in a variety of ways. 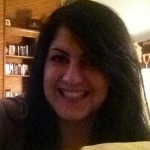 The listener is left with a general overview of the use of the Myers Briggs as a measure of predictive and descriptive social trends among specific samples within a variety of religious groups.

Questioning the Utility of Myers-Briggs,

In her research, Mandy Robbins applies Carl Jung’s Psychological Type Theory, which was later modified as the Myers-Briggs Type Indicator, and applies it to her research on the personality types of different religious groups. According to Robbins, examining personality type within religious groups allow researchers to better understand the interpersonal trends among different religions, denominations, and congregations.  Such research seems almost paradoxical. The difficulty with many assessments of personality is that they are designed for individual assessments not collective and social trend applications. Certainly one may question a summative exploration of personality within a congregational context. The following response explores those themes.

As a point of introduction, Robbins explains the four different pairs of personality types. Those pairs are noted as the following: introversion/extroversion, sensing/intuition, thinking/feeling, and judging/perceiving.  The first set, extroversion/introversion, determine an individual’s relationship to the outside world and whether one derives his/her energy from the outside world or from one’s own inner world, respectively. The second set, sensing/intuition, measures how an individual prefers to take in information.  Intuitive individuals are more analytical, while sensing individuals rely on a more empirical experience—the information they gain directly through their senses are more important.  The third set, thinking/feeling, concerns the process of information.  Thinking individuals rely heavily on logic and observe life from the outside; these individuals are much less affected by emotions, and they tend to make decisions based on unbiased reasoning. Feeling individuals live life based on how their decisions impact others, and they tend to base decisions on emotions and feelings.  Finally, the fourth set, judging/perceiving, determines how an individual prefers to organize his/her outside world.  Judging individuals are more organized and like closure.  Perceiving individuals are more spontaneous and seemingly disorganized because their organization techniques differ greatly from their perceiving counterparts.

The first of three pairs were created by Jung.  Basing their assessment on Jung’s Personality Type theory, Isabel Briggs Myers and her mother, Katherine Cook Briggs developed the Myers-Briggs Type Indicator, and in their test, they developed the last pair of preferences (Pittenger, 1994, p. 467).  After taking the test, each person is assigned four letters, and each letter indicates one out of each of the mentioned pairs.  Robbins notes that type is related to preference; all humans have preferences, and these preferences are natural.  If one were to constantly act in opposition to his/her preference, it would eventually prove to be exhausting. Psychological Type Theory uses preferences to determine personality types.

However, Robbins emphasizes that an individual is not restricted to specifically one duality of each pair.  The theory allows individuals to recognize their preferences; it is not used as a tool to niche individuals into a certain enumerable personality type.  Robbins discusses the tendency for individuals to develop a balance over time.  If an individual is an extravert early in his or her life, that extraverted individual can certainly become more comfortable with his or her introversion as he/she advances in age. Robbins’ view is dynamic as it insinuates a more robust use of the theory in not only a binary nominal but also an interval psychometric application.

In his article, “The Utility of the Myers-Briggs Type Indicator,” scholar David J. Pittenger states, “There is also a large and often conflicting body of research that examines the validity of the test. This research ranges from the conventional psychometric analysis to the less empirically oriented study and includes reviews for professional and nonprofessional users” (Pittenger, 1993, p. 467).  One could question the overall empirical agenda of studying personality type as a measure of social trend phenomenon. Certainly based on the evidence of experienced scholars such as Pittenger, the use of such a measure is questionable.  While the popularity of the Myers Briggs is not in question, the overall function as a predictive analytic is of concern here. It would be nice if Robbins would have addressed some of the controversies regarding the Myers Briggs. For example, some psychometric professionals have criticized the reliability and validity of the measure. They are concerned that more recent advanced statistical analyses have been inconclusive regarding the applicability of the Myers Briggs to definitively detect personality types. Some detractors even suggest that the Myers Briggs is not only psychometrically unusable but that the theoretical structure is also problematic as it cannot be empirically verified.

For the Myer Briggs devotees, such arguments lack the theoretical and qualitative richness of the overall agenda of Jungian Typology. Unlike theories such as the Big Five Domain which utilized a massive base of questions and a trimming of those questions via factor analysis to detect statistically related items, one could challenge the overall qualitative content of such a measure.  In other words, by starting at the questions and forming a theoretical structure around those questions seems like placing the cart before the horse. The Myers Briggs began with an auspicious and profoundly detailed explanation of human distinctiveness beyond simple empirical questions as indicators of behavior. Those theoretical thematic schemas were organized into questions and then tested over time and adjusted. The Myers Briggs provided a grand complexity of theoretical and esoteric structure for statisticians and proctors alike. Such structures cross disciplinary boundaries of fields and professions providing deeper meaning into behavior and intent of clients and research participants alike.

This podcast would have been improved if Mr. Silver or Dr. Robbins would have addressed such criticisms in detail. While there is a detailed research for and against the use of the Myers Briggs as well as plenty of comparative and descriptive studies using the Myers Briggs, the listener is left with the assumption that there is no debate on the topic. The listener is left with a general overview of the use of the Myers Briggs as a measure of predictive and descriptive social trends among specific samples within a variety of religious groups.

In conclusion, the Myers Briggs Type Indicator has a rich history as a measure. Certainly there is extensive popularity and controversy surrounding its use. Moreover, it can be effective in giving a decisive overview of a person’s personality type on a smaller scale such as profiling prospective employees (Coe, 1991, p. 37) and obtaining quick evaluations of mental health patients (Frost et. al. 2013, p. 193). When applied to Robbins’ research, the test appears useful in exploring individual leaders of a church or congregation, which can help new members of a particular church determine whether or not they should join based on the personality type of the clergyperson.  Further and more sophisticated work should be done to address the more recent controversies.

In this interview, we discuss the broad topic of diversity, contrast this with concepts of 'difference', and ask what on Steven Vertovec might mean by the concept of 'super-diversity' (2007). We then ask why scholars might be interested in situations of 'religious diversity',...