On this month’s episode of Discourse, Dr. Irene Oh (Director of the Peace Studies Program, George Washington University) and Dr. Carolyn Davis (independent consultant) spoke with Ben Marcus about a few key stories in religion and public life from February.

In Dunn v. Ray, the U.S. Supreme Court ruled 5-4 that the execution of Dominique Ray could move forward and denied Ray’s request to have an imam at his side in the execution chamber (though a Christian chaplain could be present). This case prompted an outcry by many religious freedom advocates in the U.S. and generated a debate about the unequal application of religious freedom protections and accommodations.

In South Carolina, the Trump administration’s Department of Health and Human Services granted Miracle Hill Ministries, a foster care agency, a waiver to receive federal funding despite its commitment to only place children with Protestant foster parents. We discuss how this case ties in with broader questions of judicial empathy and how we care for children in the United States.
Ellen Page made headlines when she asked Chris Pratt to explain his membership in Zoe Church, an evangelical church in Los Angeles accused of promoting anti-LGBT teachings. We discuss individual versus communal religious identity and the responsibility individuals have for their communities’ doctrine.

Ilhan Omar was accused of anti-Semitism by politicians on the right and left for her criticism of AIPAC’s lobbying efforts. We discuss what we should make of the debate about differentiating between anti-Semitic tropes and critiques of Israel.

You can download this interview, and subscribe to receive our weekly podcast, on iTunes. If you enjoyed it, please take a moment to rate us. And remember, you can use our Amazon.co.uk, Amazon.com, or Amazon.ca links to support us at no additional cost when buying academic texts, the Sabbatic Goat Baphomet Wine Goblet Drink Beverage Chalice, Sabrina the Teenage Witch on VHS, and more.

In this episode, Jonathan Tuckett is joined by Naomi R. Goldenberg, who argues that religions are formed in distinction to governmental ‘States’ and represent the last vestiges of the previous order and explores several examples of this as well as considering the implications of this distinction.

Professor Michael Cook, winner of the Holberg Prize 2014, has had a huge influence on the historical study of Islam. In this episode, Knut interviews Professor Cook about his decision to go into history in the first place, about his writing process, the role of the humanities, his reflections about teaching, and why he finds it so important to get the details right.
PrevPrevious EpisodeMelodies of Change: Music and Progressive Judaism
Next EpisodeChristian Beauty Pageants: Beauty is in the eye of the creatorNext

In this interview, Milad Milani discusses the basic orientation and history of Sufi thought. He also speaks about the diverse national variations of Sufism, particularly with respect to Iranian (or “Persianate”) Sufism. The interview concludes with a few critical remarks on the questionable appropriation of Sufism in contemporary Western discourses on religion. 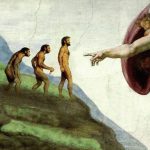 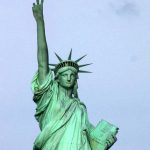 Religious freedom is an inherently good thing, right? It’s a cherished idea that is easy for state governments to enact, no? In this interview, Finbarr Curtis questions both of these assertions. In The Production of American Religious Freedom, Curtis argues that religious freedom is a fluent and malleable concept that people deploy for various and competing reasons. 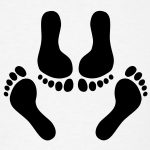