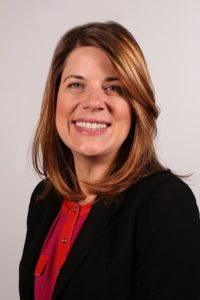 Carolyn Davis is an outreach and messaging strategist based in Washington, DC. She is the former director of strategic development for the Public Religion Research Institute. Before joining PRRI, Dr. Davis led the Center for Public Theology at Wesley Theological Seminary as Deputy Director and served as a Senior Policy Analyst at the Center for American Progress. She holds a Ph.D. in religion from Vanderbilt University, where she was a Fellow in the Program for Theology and Practice. She also holds a M.Div. from Emory University and bachelor’s degrees in political science, Spanish, and Latin American Studies from Southern Methodist University. Her areas of expertise include the public impact of religion in the U.S., gender and sexuality, and religious liberty. Dr. Davis’ work has appeared in a variety of outlets such as The Washington Post, Newsweek, The Huffington Post, and Religion Dispatches.