How will excluded, "interested" voices return to the academy through decolonization? Find out in this response to our interview with Natalie Avalos by Eleanor Tiplady Higgs. 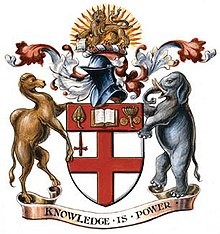 Eleanor Tiplady Higgs received her PhD in Gender Studies from SOAS University of London in 2018. She is an outgoing Postdoctoral Research Fellow in the Department of Religious Studies (2018-2020), University of Cape Town, South Africa, and shortly to begin a Fellowship at the Africa Multiple Cluster of Excellence, University of Bayreuth, Germany (2020-2021). Her interests centre on gender and sexuality, narrative, identity, ethics, Christianity, and coloniality; about which she writes in her forthcoming monograph as part of the Bloomsbury Studies in Religion, Gender, and Sexuality series.

Eleanor Tiplady Higgs received her PhD in Gender Studies from SOAS University of London in 2018. She is an outgoing Postdoctoral Research Fellow in the Department of Religious Studies (2018-2020), University of Cape Town, South Africa, and shortly to begin a Fellowship at the Africa Multiple Cluster of Excellence, University of Bayreuth, Germany (2020-2021). Her interests centre on gender and sexuality, narrative, identity, ethics, Christianity, and coloniality; about which she writes in her forthcoming monograph as part of the Bloomsbury Studies in Religion, Gender, and Sexuality series.

Decolonizing Religious Studies and Its Layers of Complicity

What layers of complicity in colonialism are still embedded in the field of religious studies? How can we learn from decades of decolonial work in Native American and Indigenous Studies? Dr. Natalie Avalos speaks with RSP co-host David McConeghy about the urgency of decolonial scholarship to start the RSP's 10th season.

A response to ‘Decolonizing Religious Studies and its Layers of Complicity’

I thoroughly enjoyed learning from Dr. Natalie Avalos in this episode of the RSP podcast. I listened with two things in the forefront of my mind. First, the immediate historical and political context in which it was recorded (as suggested by host David McConeghy): protests by Indigenous activists against the colonial state at the monument known as Mount Rushmore. This context and especially the state’s response, the deployment of National Guard troops, illustrates how colonial power relations and the harms they cause are contemporary; they cannot be approached as if they have come to an end. Second, I was thinking about the ongoing discussion about decolonising the study of religions (SoR), using theoretical resources drawn from the wider interdisciplinary and transdisciplinary scholarship of decolonisation and decolonial critique as addressed in the previous podcast with Mallory Nye (e.g. ‘Decoloniality and the Study of Religion’ series at Contending Modernities).

Dr. Avalos defined decolonising work as making visible colonial hierarchies, categories, and power relations that have been naturalised and challenging them. Further, for colonised and formerly colonised peoples, decolonisation entails a personal dimension: healing from the historical and ongoing trauma of colonisation, alongside efforts to recover the spiritual or religious knowledges, practices, and cosmologies that have been disrupted and disputed through colonisation. [1] Colonial hierarchies of knowledge that devalue the religious/spiritual traditions and practices of colonised and formerly colonised peoples are the same as those that position rationality and ‘objectivity’ as unquestionable academic goods. Dr. Avalos discussed this in the podcast in terms of the ‘marginalisation’ of ‘interested’ theological voices.

I think Dr. Avalos would agree that we should recognise the unmarked Christian theological assumptions that inform SoR in deep, profound ways and work on excavating these. The relationship between Christianity and colonisation was not incidental. However, this task stands in tension with the idea that decolonising SoR could usefully refer to the contributions of liberation, Black, and feminist theologians. Dr .Avalos suggested that these should be considered as ‘proto-expressions’ of decolonial thought; I agree. Thinkers at the radical edges of Christian theology have launched decolonising projects to disentangle colonial and Eurocentric assumptions from spiritual and religious experiences and ideas. [2] Dr. Avalos points out that contributions to the decolonial analysis of religion such as these, are marginalised and approached with scepticism partly because they are framed as ‘interested’ voices.

Decolonisation and decolonial theory identify the ways in which knowledge production is inherently political and ‘interested’; there are plural knowledges generated by experiences of being at different positions in structures of power. Colonial power relations have denied the legitimacy of worldviews that make different ontological and epistemological assumptions and claims. [3] Resistance to recognising knowledge as plural in this way, seems to me to be connected to the moral panic about ‘liberal professors’ in popular discourse. To critique academic knowledge production in the arts and humanities as problematically ‘interested’ has been established as socially, culturally legitimate, even necessary. The so-called ‘Intellectual Dark Web’, and the authors of the ‘Sokal Squared’ hoax, for instance, broadly speaking, oppose left-leaning political and ethical projects in/as scholarship because such projects challenge existing arrangements of power and access in the academy. This is even reflected in a recent campaign by Progress SA on campus at University of Cape Town. Decolonising is construed as precisely this kind of bias towards progressive or leftist political positions, and associating oneself with it as an academic is to risk ridicule in the press (as many associated with SOAS know).

Above, posters from the group Progress SA, a right-wing student group  opposing decolonisation based at the University of Capetown are displayed in the Leslie Social Sciences building. One poster claims that “Marxism and identity politics are prescribed religions in the Humanities Faculty.” Another says, “Black people can be racist too.” Photo courtesy of the author.

Rejection of the possibility of plural epistemologies is an attempt to maintain and reinforce colonial, patriarchal, ableist power relations and also resistance to the partial, fragile displacement and ‘decentring…of a white, objective, neutral voice’ as the ‘scholarly voice’, to use Dr. Avalos’ words. Decolonising is to chip away at the possibility for white, northern scholars to take up space and be recognised as experts in any and all topics, meanwhile teaching and theorising in a passively, implicitly racist and colonial manner. Dr. Avalos and Dr. Nye in the previous podcast both emphasised the responsibility for white SoR scholars to contribute to the decolonisation of the field, but white scholars (like me) need to ensure we are committed to material decolonisation, too. Even if we academically ‘decolonise’ our classrooms and reading lists, this may have the effect of protecting our existing positions in the academy, allowing us to continue to be recognised as experts, rather than achieving decolonisation or creating space for formerly colonised peoples to be recognised as experts in their own right. [4]

I think it is worth noting the possible political repercussions of continuing to marginalise ‘theological’ voices. When we look at where in the world ‘religious people’ are, it becomes clear that anti-religious rhetoric targets diasporic communities and formerly colonised peoples in the majority world. The ‘declaration that natives did not have religion’ has turned around to suggest that ‘they’ have too much religion while ‘we’ have the correct amount, whether as scientific rationalists or faithful Christians [5]. Of course, this reflects the familiar set of binaries that establish ‘enlightened’ European/northern modernity in opposition to the primitive or degenerate worldviews of (formerly) colonised peoples. [6] This critique may be familiar to SoR scholars, but this binary is actively endorsed in mainstream political discourse, when for instance a criticism of religious misogyny offers a thin façade for barefaced racism. [7] This can enable the movement of far-right ideologies into mainstream political discourse; for instance, the British agitator Anne-Marie Waters emerged with an anti-Islam campaign centred on her ‘feminist’ position that Islam oppresses women. By 2017 Waters had stood for election as a UK Independence Party (UKIP) candidate and then established the far-right anti-Islam political party For Britain.

There are mutually reinforcing connections between the marginalisation of ‘interested’ voices, the ongoing political utility of ‘religion’, and refusals to recognise the legitimacy of thinking with non-western epistemologies in (Anglophone) academia. Although this discussion is about decolonising SoR specifically, Dr. Avalos reminds us that our efforts will have immediate and long-term repercussions outside the classroom. The first and last suggestions made in the podcast focus on the history and the future of collective efforts to interrupt the replication and perpetuation of colonial hierarchies and systems of power in the academy, as a means of supporting wider decolonial activism. Decolonising SoR might therefore imply returning theological, ‘interested’ scholarship to a more legitimate position within the field; partially deconstructing barriers that were erected to counteract colonial-Christian assumptions but which may now contribute to maintaining colonial power relations.

[6] See for example, Eduardo Mendieta (2009), ‘Imperial Somatics and Genealogies of Religion: How We Never Became Secular’, in Purushottoma Bilimoria and Andrew B. Irvine (eds), Postcolonial Philosophy of Religion, Springer, p.238.