Following the social media discussions started by our interview with Craig Martin and response from Kevin Schilbrack, Donovan O. Schaefer furthers the conversation by asking us to explore the complexity and materiality of discourse analysis. 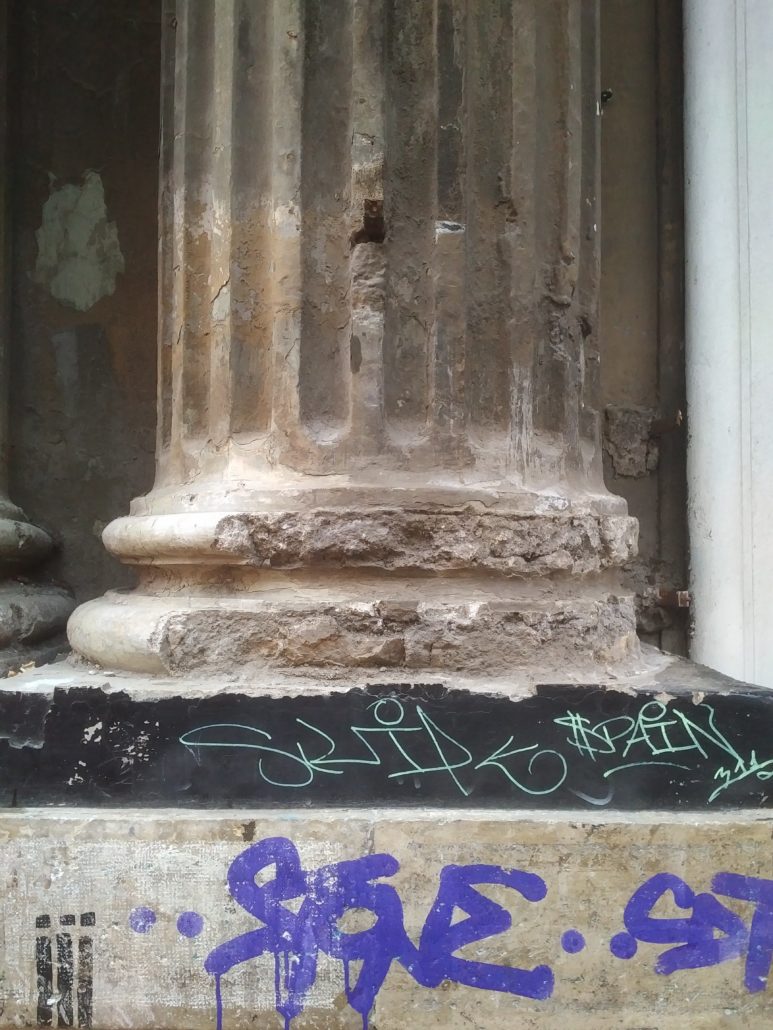 Donovan Schaefer is an assistant professor in the Department of Religious Studies at the University of Pennsylvania. His first book, Religious Affects: Animality, Evolution, and Power (Duke, 2015) drew links between affect theory, evolutionary biology, and the study of power. His second book, Wild Experiment: Feeling Science and Secularism after Darwin (Duke, 2022) argues for a rejection of the feeling/thinking binary and considers the implications of this shift for how we understand a range of topics from science and secularism to racism and conspiracy theory.

Donovan Schaefer is an assistant professor in the Department of Religious Studies at the University of Pennsylvania. His first book, Religious Affects: Animality, Evolution, and Power (Duke, 2015) drew links between affect theory, evolutionary biology, and the study of power. His second book, Wild Experiment: Feeling Science and Secularism after Darwin (Duke, 2022) argues for a rejection of the feeling/thinking binary and considers the implications of this shift for how we understand a range of topics from science and secularism to racism and conspiracy theory.

In his response to our interview with Craig Martin, Kevin Schilbrack critically engages Martin's discussion with regard to discourse and materiality, notions of belief, and the analytical usefulness of the category 'religion'—take a look!

My thanks to Craig Martin and to Savannah H. Finver for creating this conversation and for inviting me to be a part of it. Craig and I were in grad school at Syracuse University’s Religion department together, and I’m forever grateful to Craig, who joined the department a few years before me, for being one of the first people to welcome me to my home of 9 years. Our conversations started on my first day of my MA program in 2003 and have continued ever since. I’m also excited to be indirectly in dialogue with Kevin Schilbrack, who is making some of the most important contributions around these questions in our field today.

Martin’s interview (and book, though I’m just talking about the interview here) centers the role of discourse in producing power-knowledge. It zeroes in on how formations of power are advanced and consolidated by words. Martin notes that his book was almost titled How Words Work. There’s an echo here—intentional, I assume—of J. L. Austin’s mid-twentieth-century volume How to Do Things with Words, a text that was studied by several of Martin’s heroes, including Jacques Derrida and Judith Butler.

What I’ve always found interesting about Austin is the extent to which his book has the form of a sort of promissory note. He starts by suggesting we need to abandon the idea that there are “words that say” (constatives) and “words that do” (performatives). “To say something is to do something,” he tells us, and proceeds to elaborate a taxonomy of the different ways in which words act in the world. (Austin: 1962, 120) But the question he leaves unanswered is the question of how some words succeed and some words fail in their ambitions. Why are some speech-acts successful, or believable, or compelling for some listeners at some times and places, but fallible or inert or laughable for others? He calls the currency of their success “illocutionary force,” but admits in the final lecture that he has failed to analyze what this actually means. (Austin: 1962, 148) (He never has a chance to return to the theme, dying just a few years after the lectures were delivered.)

This unanswered question about what makes words work has, in my view, haunted many of the projects that share a lineage with Austin. Some of these projects fall prey to what I have called the “linguistic fallacy”—a set of background coordinates and assumptions, extremely powerful in the humanities, all pointing to the conclusion that what makes us what we are is fundamentally a contraption of words, symbols, and discourses. This fallacy is consolidated with the linguistic turn of the 20th century, but has its roots in philosophical antecedents like German Idealism. It takes as its starting point the essentially intellectual nature of human beings, leading to our total determination by the field of ideas and information enfolding us. What gets lost in this picture are the many ways that our subjectivity is fashioned in ways that exceed the linguistic or intellectual.

My concern with discourse analysis is that it often ends up reinscribing the errors of this paradigm—a paradigm that is substantiated by our prevalent liberal common sense. In this paradigm, the only effort to reckon with the question of “what makes words work”—Austin’s illocutionary force, the electricity of words—is to point to other words. The plane of words and ideas is taken to be self-sufficient as a field of explanation for why words are persuasive for specific bodies at specific moments in history. We are compelled by words now because we were already compelled by other words, and other words before that, and so on all the way back to birth, a long, interconnected arc of ruling discourses. My counterproposal is that words work not just through their linkages to other words, but by plugging into power grids of social, aesthetic, and material forces. (Here, my concerns are exactly in line with Schilbrack’s: like him, I want to know how discourse analysis can grasp the power of the material, the bodily, or the affective to persuade and compel.)

By way of example, I’d zoom in on Martin’s own illustration—the case of PragerU. Martin talks about the discursive content of PragerU videos, which often runs up twisted statistics about Black families or crime rates. Martin’s analysis is entirely focused on the transcript of the videos—the stream of words that run through them. But what’s missing here is an analysis of what makes the words actually work—why it is that some viewers find them compelling and others appalling. Not only that, there’s no way in this framework to diagnose the increasingly sophisticated techniques the American right is using to hack identity politics by, for instance, moving people of color in their ranks to the visual foreground. A quick glance at the PragerU YouTube channel prominently features presenters like Amala Ekpunobi, Candace Owens, and Carol Swain—Black women who are happy to channel right-wing talking points, often about problems within the Black community. (It’s the digital equivalent of moving a row of people of color right behind the speaker at a political rally.)

My argument is that there’s much more going on here than just inciting hostility to Black folks with a relentless drumbeat of slanted ideas. That seems like a misunderstanding of what makes these discourses work. What we need to examine is how right-wing media are producing immunity to the accusation of racism itself by changing who is speaking. And that part isn’t said. But it has far more influence, I would argue, on the efficacy of the discourses that are being transmitted than the propositional content of the words themselves. Moreover, it is itself something that exceeds those discursive coordinates—it’s not just about the consolidation of authority of the words being said, but about a more fundamental shift in the gradations of confidence within which some bodies occupy the public sphere. This is where discourse analysis seems to collapse: it studies the transcript of power, missing all of the nonlinguistic channels by which illocutionary force actually gets its hooks into us.

Martin’s interview, however, probes a much more interesting tension within this fallacy—without, I suggest, fully escaping it. This tension is created by a brazenly original move that Martin makes: to wrap together discourse analysis with contemporary social science. A lineage that focuses on words and ideas is hybridized with an approach that considers subjectivity-shaping social forces not captured by language. I’m particularly intrigued by Martin’s powerful new concepts recrement and credorationalism, both of which speak to the way the propositional content of language and the machinery of power are sometimes related in oblique fashion—or not at all. In naming the words we use that are fit for social purposes rather than semantic effect, recrement moves us beyond the presupposition that words make worlds—at least by direct meaning. The concept of credorationalism, for its part, is a way of naming the assumption that a speaking, believing subject should be central to analysis; Martin instead inclines us to assess how statements function as social effects that are not dependent on their propositional content. If this is discourse analysis, it’s arriving at a level of sophistication that I think moves beyond the linguistic fallacy vision of subjects as made by intellect alone.

I’ve been learning from Craig for almost 20 years, since my very first day as a graduate student. I look forward to the conversations that will follow from our exchange here, and many more to come.