In his response to our interview with Craig Martin, Kevin Schilbrack critically engages Martin's discussion with regard to discourse and materiality, notions of belief, and the analytical usefulness of the category 'religion'—take a look! 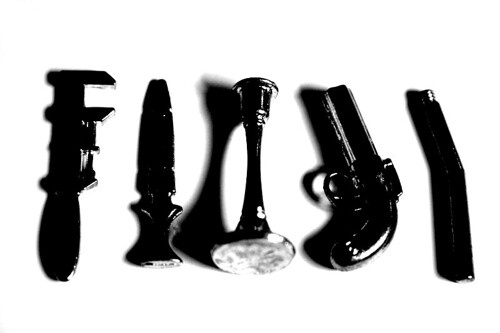 Kevin Schilbrack is Professor and Chair of the Department of Philosophy and Religion at Appalachian State University, which is located in North Carolina in the gorgeous Blue Ridge Mountains. The author of Philosophy and the Study of Religions: A Manifesto (Blackwell 2014), Dr. Schilbrack is presently writing on the relevance of embodied cognition and social ontology for understanding what religion is and how it works.

Kevin Schilbrack is Professor and Chair of the Department of Philosophy and Religion at Appalachian State University, which is located in North Carolina in the gorgeous Blue Ridge Mountains. The author of Philosophy and the Study of Religions: A Manifesto (Blackwell 2014), Dr. Schilbrack is presently writing on the relevance of embodied cognition and social ontology for understanding what religion is and how it works.

Following the social media discussions started by our interview with Craig Martin and response from Kevin Schilbrack, Donovan O. Schaefer furthers the conversation by asking us to explore the complexity and materiality of discourse analysis.

I am flattered to be invited to respond to this discussion of Craig Martin’s new project. Martin and I share an interest not only in the critical study of religion but also in the philosophical commitments that critical study involves. I am especially appreciative of this opportunity because Martin is here defending a post-structuralist position, and he knows that I don’t share that stance, so he is doing what more scholars should do: exposing his work to critique from alternate views. To initiate a conversation between our positions, I have organized my response in terms of three points at which I think Martin and I disagree:

The relation of discourse and the material world

Martin identifies his approach as post-structuralist, and he is right that we are now working in a period when that approach is under critique from so-called “critical realists” like me. Nevertheless, I support his efforts to spell out the value of post-structuralist insights into the constitutive role of discourse without denying that a non-discursive world exists. I agree with him when he says that a post-structuralist approach need not be non-realist or “Kantian.” Post-structuralism need not deny that there exists a material world outside discourse—as Derrida says, bodies with flesh and blood. I agree with him that ideology critique (or, really, any appeal to evidence) requires a world independent of one’s investigation.

Let me set aside the question of what post-structuralism “really” means, however, and focus instead on this related question: when we want to understand and explain human behavior, what should we investigate? As a critical realist, my answer is that we want to investigate discourse as a structure in the world that depends on human conceptualizing, but we also want to investigate the impact of the structures in the world that do not depend on human concepts. We might even think of these as two arrows: how do human concepts have their effects (including their effects on material things) and how does the material world have its effects (including its effects on us)? You could call this view of the relation of discourse and the material world “dialectical.”

When I read this interview, I see attention to how our discourse affects the world, but I don’t see much attention to the effects of the material world on us. Martin says that you can’t have groups of people without discourses that bring those groups into existence. But when an animal (including a human animal) gives birth to and cares for a baby, does that social bond not exist until someone speaks about it? He says that our sympathies and antipathies are “produced” by discourse. But do hormones and neurons not also have a crucial role in producing judgements? Even when the interview shifts to talk about the material world, the focus is on how discourse has a role in how material resources get distributed. This focus on the rhetorical power of language is invaluable, especially for the study of religion. But it still sounds one-sided.

I see the human beings as animals born into structures that operate whether or not anyone has ever put them into words. Some of the non-discursive structures shaping our lives are biochemical. They are the product not of discourse but of natural selection, and they can be discovered. Some of the non-discursive structures shaping our lives are economic.They are the product of previous human labor and discourse, but they may not have yet been noticed or named yet, so they too can be discovered. We might call this view “social realism.” Martin says that he is offering what he calls “a fuller understanding” of post-structuralism. I hope that his view grows to the point that it connects to this kind of realism.

The nature of belief and its role in explaining behavior

Another question that Martin and I share has to do with whether to explain people’s religious behavior in terms of their beliefs. Do people, for example, go to church because they “believe in Jesus”? In my book, I defined a belief as what a person holds true. This means that a belief is a disposition – a mental state – to act, think, and feel in certain ways. For example, a person who assumes (or holds true or believes) that a chair is strong enough to support them will be disposed to sit on it and to be surprised if it collapses. So, although my view may seem old-fashioned or “Cartesian,” I am someone who absolutely does not want to drop the category of belief from my explanations of people’s behavior. I think that some people do go to church because they believe in Jesus.

Martin introduces his term “credorationalism” to challenge this habit of explaining what people do by referring to their beliefs. It is worth noticing, however, that here Martin shifts from explaining people’s behavior in terms of their beliefs (the view I want to defend) to explaining it in terms of what people tell you are their beliefs. Of course, Martin is right that what people say is not always true. Religious people, like everyone else, lie, spin, exaggerate, and front. They can even deceive themselves. This is why Martin focuses on bullshitting (“recrement”).  And this approach is a legitimate way to explain behavior that does not assume that what they say publicly is their real motivation. As far as I can tell, however, this critique of religious discourse does not yet touch the question whether behavior is explained by belief. I think that human behavior cannot be explained unless one includes what the person holds true. For this reason, I remain interested in the question of what people believe and how those dispositions are inculcated.

Whether the concept “religion” is analytically useful

Martin is interested in how societies use discourse to justify domination. If two pieces of discourse have this same social function—and religious discourse often does have exactly this function—then it can be a distraction to label them with different concepts. However, it does not follow that the concept of religion is analytically useless or, as Martin says, that there is nothing “remotely of value” in labelling something a religion.

Let’s say that Professor Plum was murdered with a blunt object; perhaps it was the candlestick or the wrench. The detective who is trying to find out whodunit may not be interested in the fact that a candlestick is used to hold candles at the dinner table and a wrench is used to fix cars in the garage. But obviously these differences can matter in other circumstances. On this analogy, I take Martin’s statements that the concept of “religion” is analytically useless not as telling us something about this concept, but rather as telling us something about his particular interests. The uselessness doesn’t hold for other perspectives in the academic study of religion. For example, Martin says that religious discourse was used to justify racism in the nineteenth century and non-religious discourse is used in the twenty-first. Because both pieces of discourse were used to justify domination, Martin understandably does not want to distinguish them into different categories. However, we can imagine a historian who wants to grasp why that change happened—why, that is, appeals to God’s curse on Ham were more effective two hundred years ago than they are now. Why are religious justifications for racism (or for monarchs, sexism, or homophobia) losing credibility today? Those interested in this historical question may see tremendous analytic value in the concept of “religion.” In fact, I heard a scholar at a Nonreligion and Secularity Research Network conference say that the shift in plausibility structures in modern Europe away from religious justifications is one of the most significant transformations of discourse in human history.

Thanks for inviting me to join this conversation. It is good to see this growing interest in “philosophy of religious studies.”