Exploring the Richness of Nonreligion

"Josh Bullock’s and David Herbert’s study advances our understanding of un/belief, belonging, and the sociality of nonreligion across different countries and generations," writes Dr. Rachel Shillitoe in response to Episode #313 "Unbelief as a Social Phenomenon" 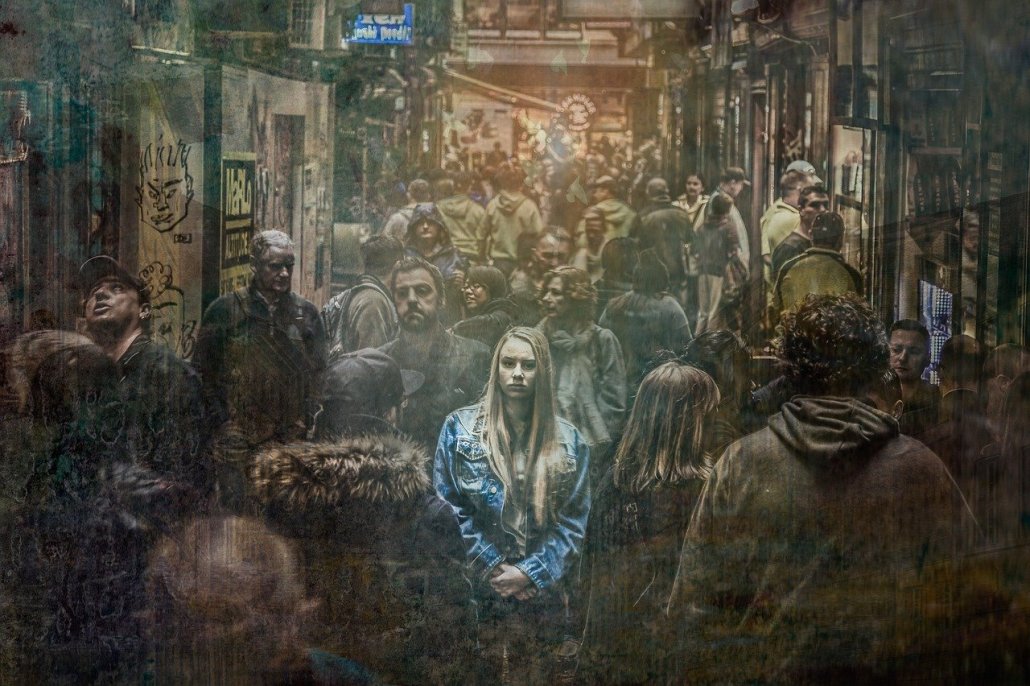 Dr. Rachael Shillitoe is a Research Fellow at the University of Birmingham. Her research is primarily in the sociology of religion and sits in conversation with childhood studies, education, and the anthropology of religion and ethics.  She is currently completing a monograph examining children’s experiences of collective worship in schools, Negotiating Religion and Nonreligion in Childhood: Experiences of Worship in Schools (under contract with Palgrave Macmillan, in their Childhood and Youth Series).

Dr. Rachael Shillitoe is a Research Fellow at the University of Birmingham. Her research is primarily in the sociology of religion and sits in conversation with childhood studies, education, and the anthropology of religion and ethics.  She is currently completing a monograph examining children’s experiences of collective worship in schools, Negotiating Religion and Nonreligion in Childhood: Experiences of Worship in Schools (under contract with Palgrave Macmillan, in their Childhood and Youth Series).

Unbelief as a Nuanced Phenomenon: The Sociality of Nonreligion across Europe

Unbelief has often been defined as either ignorance or rejection of religious systems, but this week's guests David Herbert and Josh Bullock see far more diversity in the ways one can be nonreligious based on their research on Gen Y in Europe.

Exploring the Richness of Nonreligion

Josh Bullock and David Herbert’s fascinating project exploring unbelief and the sociality of Generation Y non-believers across in young adults across six nations in northern and Central Europe provides a unique opportunity to examine what both belief and unbelief means from a cross-cultural perspective. Opening the podcast, Bullock addresses the difficulty with using the term unbelief, commenting on the different interpretations and unwanted connotations this term can sometimes raise, and preferring to use nonreligious instead. Their findings show the complexity and richness of nonreligious populations and the value of such empirical studies in highlighting the variety of beliefs the nonreligious may indeed hold. Bullock and Herbert initially discuss some of their findings that relate to how we conceptualise belonging in relation to belief and unbelief and whether people feel the need to get together as being nonreligious and if so, what do those gatherings look like. Building on Bullock’s PhD research on the Sunday Assembly, Bullock and Herbert provide a nuanced approach to belonging for the nonreligious, demonstrating how gathering ranged from loose affiliation to more organised groupings. This was especially true in those countries where religion or religion in public spaces is particularly prominent and so nonreligious gatherings or organising provides a form of counter narrative or a resistance identity.

Further in the podcast, Bullock and Herbert discuss some of their main findings that relate to the diversity of beliefs found within the nonreligious. Bullock and Herbert found their participants’ beliefs were often expressed in a way that connected them to other people, whether that be family or friends, or, in some cases, gave them ‘some sense of moral orientation in the universe,’ which clearly resonates with Abby Day’s (2011 and 2009) work on belief and social identity. The researchers also found that over a third of their participants, some of whom were firmly nonreligious, held beliefs related to the existence of supernatural beliefs such as cosmic or karmic beliefs or practices such as reading horoscopes. This was a finding similar to that of my research with Anna Strhan (Shillitoe and Strhan 2019) on nonreligious childhood: children express a range of beliefs while still affirming a nonreligious identity or unbelief. The core research from the Understanding Unbelief project, Across Disciplines Across Culture, also found that being atheist or agnostics does not automatically entail an unbelief in supernatural phenomena such as karma. This speaks to the broader question of how we think of these beliefs and identities in terms of conflict and compatibility, with Bullock and Herbert noting the tension and frustration their participants expressed when trying to articulate their belief or feelings towards these seemingly contradictory positions. Drawing on literature from developmental psychology, Bullock and Herbert consider whether this is reflective of people toggling between intuitive and analytical modes of thinking, with this switching between such modes arising as way to control particular situations.

An alternative way of considering the complexities and nuances of belief and nonreligion would be to think of the literature from the study of science and religion. Originally a focus of classic sociology, efforts to understand the relationship between science and religion waned somewhat during the 20th Century, but a ‘second wave’ of research in this area is now emerging (Catto et al 2019, 1). This interest in science and religion was largely the domain of historians, philosophers, and theologians, but a renewed interest in science and religion from the social sciences is now creating more opportunities to critically investigate the relationship between science and religion across different contexts and identities and challenge the various assumptions and constructions that pervade these domains. The works of Ecklund (2010), Evans (2012 & 2016), Elsdon-Baker (2015), Catto et al (2019), and Jones et al (2019) all provide interesting and original ways for sociologists of religion to engage the debates surrounding public understanding of science, rationality, logic, belief, and identity. For example, Eklund et al’s (2008) work on scientists and religion has found that scientific institutions can have a secularising effect. Elsdon-Baker (2015) troubles the previously held assumptions of the conflict relationship between science and religion, demonstrating that science can also belong to the religious, while findings from a large-scale survey highlight the prejudices that often prevail regarding religious identity and acceptance or rejection of evolutionary theory. Unsworth and Voas (2018) found that many of their respondents hold unconfident or inconsistent views relating to science and evolution, so that, for example, there were similar levels of uncertainty about the age of the earth found across both religious and nonreligious groups.

In relation to Bullock and Hebert’s work, these approaches within the social scientific study of science and religion could provide a fruitful way of analysing findings that also reveal complex and seemingly contradictory positions about individuals’ beliefs. It will be interesting to learn more about the background of the participants in terms of their education, family upbringing, and any engagement with religion in Bullocks and Herbert’s forthcoming publications. Kaden et al (2018) highlight the influence of both professional knowledge and ethical and moral concerns in terms of which mark a key difference between lay people’s and professional views of science and religion.  Thinking about the range of beliefs Bullock’s and Herbert’s participants held and how this may transgress or complicate religious/nonreligious boundaries, a relational approach to nonreligion (Campbell 2013; Quack 2014; Lee 2015) may also be helpful and could provide a useful framework when analysing empirical data on the nonreligious.

Ultimately this was an impressive and extremely engaging discussion. Josh Bullock’s and David Herbert’s study advances our understanding of un/belief, belonging, and the sociality of nonreligion across different countries and generations. I eagerly await their forthcoming publications from this study and look forward to the future projects that will arise from it.

Campbell, C. (2013) Towards a Sociology of Irreligion, London: Alcuin Academics.

Elsdon-Baker, F. (2015). Creating creationists: The influence of ‘issues framing’ on our understanding of public perceptions of clash narratives between evolutionary science and belief. Public Understanding of Science, 24(4), 422–439.

Strhan, A. and Shillitoe, R. (2019) The Stickiness of Non-religion? Intergenerational Transmission and the Formation of Non-religious Identities in Childhood. Sociology, 53 (6): 1094–1110.

Unsworth, A. and Voas, D. (2018) ‘Attitudes to evolution among Christians, Muslims and the Non-Religious in Britain: Differential effects of religious and educational factors’, Public Understanding of Science, 27(1), pp. 76–93