Evangelical Christian Space is Not a Category, It’s a Relationship – But With What?

On the one hand, many scholars in religious studies rightfully state that much work has been done on religion and space, and, on the other hand, many anthropologists (including myself) still feel confident claiming that there is a dearth of work on this topic. The topic of religion and space has been tackled a couple of times by the Religious Studies Project, with interviews and responses featuring... 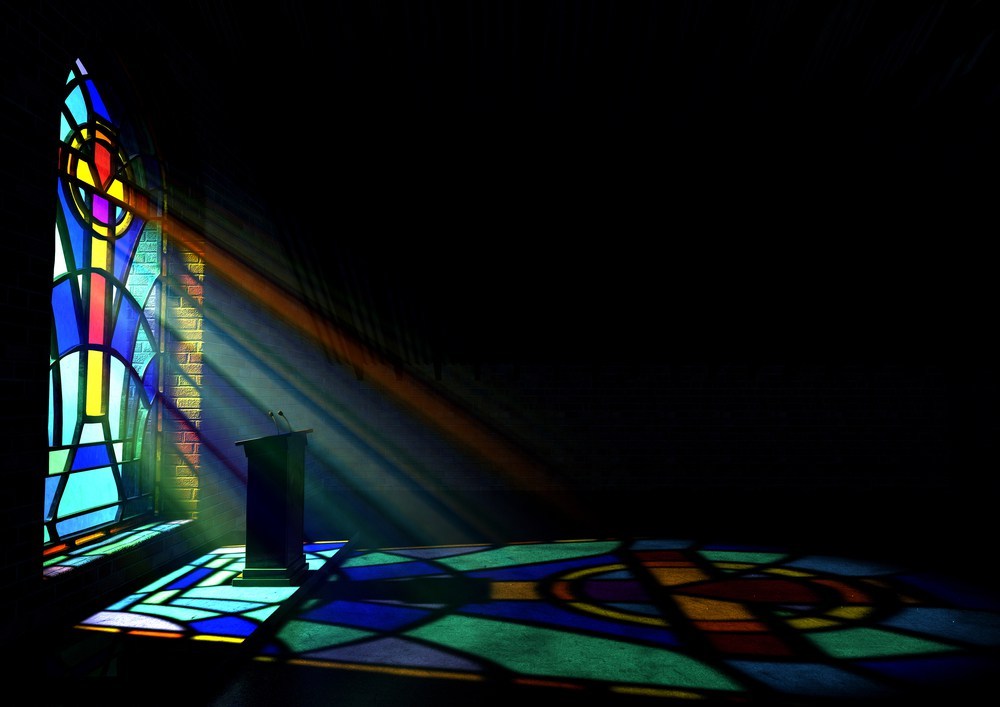 Ingie Hovland is a cultural and historical anthropologist who writes on Christianity. Her research interests include religion and colonialism, religion and gender, language-use, the body, space/place, material religion, and anthropology and history. She is the author of Mission Station Christianity: Norwegian Missionaries in Colonial Natal and Zululand, Southern Africa 1850-1890. She is a subject editor at the Marginalia Review of Books. Her website can be found at www.ingiehovland.net.

Ingie Hovland is a cultural and historical anthropologist who writes on Christianity. Her research interests include religion and colonialism, religion and gender, language-use, the body, space/place, material religion, and anthropology and history. She is the author of Mission Station Christianity: Norwegian Missionaries in Colonial Natal and Zululand, Southern Africa 1850-1890. She is a subject editor at the Marginalia Review of Books. Her website can be found at www.ingiehovland.net.

In this podcast, Anna Strhan talks to Katie Aston about her research among evangelical Christians, exploring their search for coherence in the contemporary city. How do the members of conservative Anglican congregations negotiate their place in a secular multicultural society, ...

The topic of religion and space has been tackled a couple of times by the Religious Studies Project, with interviews and responses featuring Kim Knott and Katie Aston, Peter Collins and David McConeghy. In fact, I drew on the latter interview-and-response pair earlier this year while working on an article on Christianity, space/place, and anthropology, in order to show the bemusing gap that exists between, on the one hand, many scholars in religious studies who rightfully state that much work has been done on religion and space, and, on the other hand, anthropologists (including myself) who still feel confident claiming that there is a dearth of work on this topic. As I explain in the article, it seems to me that this contradiction is not purely the result of anthropological ignorance (though we shouldn’t rule that out completely). Rather, I think it comes down to the ethnographic emphasis: anthropologically-inclined researchers are looking for a sustained, ethnographically-informed discussion about how religious practitioners themselves think about and use their spaces.

And this is why, in my opinion, sociologist Anna Strhan’s greatest contribution to the debate on religion and place is precisely the underlying question that she identifies in this interview as permeating all her work, across different groups: What are their ethics and values? What matters to them? What is it like – for them? This strong ethnographic focus is particularly evident in her most recent book, a study of evangelical Anglicans in London entitled Aliens and Strangers? The Struggle for Coherence in the Everyday Lives of Evangelicals.

So – what matters to them? What do evangelicals in London want? What does place-making mean to them? As part of Strhan’s broader answer to this question, it seems to me that she positions evangelical place-making using a time-honored sociological move: by seeing it not as a category, but as a relationship. And this allows her to give a number of insightful answers.

1. Evangelical place-making is a relationship with coherence

Strhan explains in this interview that Aliens and Strangers started out as a study focused on evangelical subjectivity, but gradually came to include a focus on space as she realized that a central concern for the evangelicals she was interacting with was a search for coherence in the midst of modern, chaotic London. And this evangelical search for coherence is grounded, she argues, in their image of God as coherent.

In Strhan’s analysis the search for coherence is double-edged. On the one hand there is a sense in which evangelicals’ investment in certain marked places – churches, Bible study groups, schools – in the midst of London life gives them an opportunity to “cohere” with other evangelicals. They draw on relationships within the church to support them in an urban modern environment that in some ways runs “counter” to their faith. And their physical coming-together in certain places is a way of orienting themselves toward God’s (existing) coherence as well as their own (desired) coherence – both in themselves and with God. On the other hand, however, the very act of focusing on coherence prompts a rising awareness of fragmentation – both in the city environment as well as in themselves – and the impossibility of achieving complete coherence while still in this world.

Coherence, in other words, is a goal that begins to both shine and recede at the very moment you begin to reach for it. And evangelicals use place-making – delimiting certain Christian places in the city – partly as a way of negotiating their complex relationship with this goal.

2. Evangelical place-making is a relationship with “the good life”

Physical bodies meeting together in material places are important, and are part and parcel of what “the good life” encompasses for these conservative Protestants. Contrary to the common notion that Protestants live out a more disembodied or dematerialized version of Christianity, Strhan demonstrates that evangelicals rely on both a disciplining of their own body (especially in order to hear God) as well as a crafting of physical places where they can come together. These places range from famous “brand” churches with large buildings, through homely dinner tables where church groups share food, to a corner of a cafe where two church members can meet for a cup of tea.

Again, however, Strhan’s work draws out the double-edged nature of this goal. Evangelicals, she argues, are profoundly shaped by secular sensibilities (a point that has been followed up by Omri Elisha). For example, they find it awkward to talk about their “private” faith in certain “public” places, such as at their work. In this sense, one might say they mesh well with modern, secular, multicultural, urban London life. At the same time, they invest the places they fashion as Christians with a type of meaning that marks these spaces as being “outside” – outside the secular, outside the city, outside this world – and, again, as specifically “counter.” Moreover, they view the other spaces of the city through a Christian lens, turning “secular” vistas into potentially lost or redeemed ones.

Reaching for “the good life” as an evangelical Christian in London encompasses both these senses at once: working with secular sensibilities while also countering them. Negotiating a relationship with “the good life” in particular urban Christian places is not easy.

3. Evangelical place-making is a relationship with God

Strhan is especially good on God. To an innocent outsider, a focus on God might not seem like much of an achievement in a study of evangelical Christians, but anyone reading the Religious Studies Project will know otherwise. An ethnographic focus on the social role of God might rightly be considered innovative in religious studies (and I include here the anthropology and sociology of religion).

And as Strhan demonstrates, an attempt to understand evangelicals’ relationship with God is central in trying to understand what matters to them. This is not to say that it is straightforward. These conservative Anglicans do not usually resort to absolute religious certainty in the way that, say, self-proclaimed fundamentalist Protestants might do. Their faith in God, as Strhan sums it up in the interview, is “hard work,” and they come together in marked places and envision certain urban vistas precisely in order to continuously identify this relationship with God, which cannot be taken for granted. Moreover, it is important to them (and has social effects) that their God is pure, perfect, holy coherence. This conservative evangelical Anglican image of God is different, as Strhan has pointed out, from other images, such as that found in charismatic evangelical neo-Pentecostalism in the United States, where God might be your intimate, best friend (which has slightly different social implications).

Strhan, Anna. 2015. “Looking for God in the sociology of religion and in Game of Thrones.” Oxford University Press Blog, June 14.

Strhan, Anna. 2015. Aliens and Strangers? The Struggle for Coherence in the Everyday Lives of Evangelicals. Oxford: Oxford University Press.

Studying Vernacular Religion in the US

Vernacular religion is a subject which fascinates us here at the RSP, because in keeping with our critical perspective, it challenges that idea that neat categorical boundaries may be drawn, and reminds us that when attempts are made to draw them, particular interests are being served.

D. Mitra Barua on Immigrant Buddhism in the West

"...Rebranding the Buddhist concept of Harmony to be a more politically comparable term to the Canadian mosaic..." Dr. D. Mitra Barua is an instructor of Religious Studies at the University of Saskatchewan, and has a Masters in Buddhist Philosophy undertaken in Sri Lanka.

Angels seem always to break boundaries. Neither human nor god, male nor female, whether Christian or otherwise, angels seem always to have functioned as representatives of an unruly popular religious impulse which seems to sit just below the elite constructions with which the study of religion has traditionally concerned itself.

Extensive research has been conducted in exploration of the American religious landscape; however, only recently has social science research started to explore nonbelief in any detail. Research on nonbelief has been limited as most research focuses on the popularity of the religious “nones” or the complexities of alternative faith expressions such as spirituality. Through two studies, one qualitative and one quantitative, Dr. Christopher F. Silver's research explored how nonbelievers’ self-identify.