The ‘Persistence’ and ‘Problem’ of Religion

In this interview, Professor Pratt outlines a model for understanding the nature of the ‘persistence’ of religion, paying particular attention to three interwoven dimensions: narrative, ethical, and metaphysical. He also discusses, in the light of this model, the contemporary ‘problem’ of exclusivism and extremism which arguably arise from the lack of an adequate conceptual mechanism for coping with religious diversity. 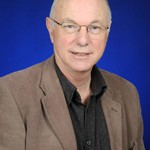 Some fifty years ago scholars claimed the end of religion was nigh.  More recently some at the fringe of the Christian religion have touted the imminent end of the world. But the world is still here; and so is religion, although religion could rarely be described as unproblematic. In this interview with Chris, Douglas Pratt – Professor of Religious Studies at the University of Waikato, New Zealand – asks:  ‘Why is religion so persistent?’ What are we to make of contemporary problematic issues, such as extremism and terrorism, often associated with religion? What might the Taliban in Afghanistan, Anders Breivik in Norway, and the Christchurch Cathedral in New Zealand, have in common, for instance? And why should scholars care?

In this interview, Professor Pratt outlines a model for understanding the nature of the ‘persistence’ of religion, paying particular attention to three interwoven dimensions: narrative, ethical, and metaphysical. He also discusses, in the light of this model, the contemporary ‘problem’ of exclusivism and extremism which arguably arise from the lack of an adequate conceptual mechanism for coping with religious diversity. This interview was based on Professor Pratt’s keynote lecture, of the same title, at the 2012 BASR Annual Conference in Winchester, UK. 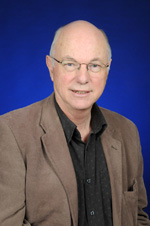 Douglas Pratt is Professor of Religious Studies at the University of Waikato, New Zealand. His research interests focus on aspects of Christianity, Islam, Christian-Muslim relations, interreligious dialogue, and contemporary religious issues such as pluralism, fundamentalism and extremism. He is currently the President of the Australian Association for the Study of Religion (AASR). He has previously studied and taught at the Universities of Oxford and Birmingham, UK, University of Heidelberg, Germany, and has been a visiting scholar at the International Islamic University, Malaysia, and the Pontifical Institute for the Study of Arabic and Islam, Rome. Professor Pratt is a co-editor of a major re-publication series of classic texts in the field of Islamic Studies – Exploring the House of Islam: Perceptions of Islam in the Period of Western Ascendancy 1800-1945 – published by Gorgias Press, New Jersey, USA, and a co-editor and contributor to a major book, Understanding Interreligious Relations, to be published by OUP in 2013. He is a member of the international research leadership team on a major 4-year UK AHRC funded project Christian-Muslim Relations 1500-1900 commencing late 2012.

"If, as [Douglas Pratt] is contending, we don’t want the “metaphysical dimension” and “stories” of religion at the personal as well as societal level, this is not persistence; this is a new phenomenon altering centuries of evolving theological trajectory." Douglas Pratt presents us with a most noble and worthwhile endeavor in his Religious Studies Project podcast entitled, The Persistence and Problem of Religion.
PrevPrevious EpisodeMormonism, Growth and Decline
Next EpisodeSociotheology and Cosmic WarNext

Week three of our Editors' Picks. Chris tells us why he (and his fiancée) liked Jay Demerath's interview on substantive and functionalist definitions of religion. Could the difficulties associated with the academic conceptualisation of “religion” be overcome by changing our focus instead to “the sacred”?

Can Mormonism be described as a New Religious Movement? Is there a unified phenomenon which can be classified as Mormonism? Is Mormonism to be considered as a form of Christianity? This week, Chris is joined by Ryan Cragun – Associate Professor of Sociology at the University of Tampa, Florida – to discuss not only these conceptual issues,...