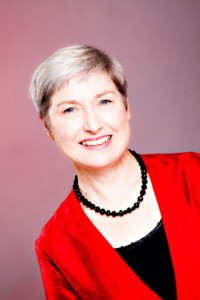 Dr Marion Bowman is Senior Lecturer in the Religious Studies department at the Open University, Vice President of the European Association for the Study of Religions, a former president of the BASR and of the Folklore Society, and serves on the executive board of SIEF’s Ethnology of Religion Working Group.

She began her academic career at Glasgow University, but switched to Lancaster University where she came under the influence of Professor Ninian Smart, a revolutionary figure who has acquired almost mythic status in the field of Religious Studies. Her research is concerned with vernacular religion (‘religion as it is lived’), contemporary spirituality including a long-term study of Glastonbury, material culture and pilgrimage.  She is currently Co-Investigator on the AHRC funded project Pilgrimage and England’s Cathedrals, Past and Present: http://www.pilgrimageandcathedrals.ac.uk/about

Religion and its Publics (Part 2)

In the last feature of the "semester" we're continuing with the video format. A couple of months ago the RSP attended the Open University's conference on Contemporary Religion in Historical Perspectives. I went about asking the pundits a couple of questions about Religion and its Publics. This week we have the second question (link for Part 1 in the sidebar).

Religion and its Publics (Part 1)

This week we've got something a little different for the Features segment. A couple of months ago the RSP attended the Open University's conference on Contemporary Religion in Historical Perspectives. We thought this would be a great opportunity to do another RSP video!

Following from our interview on Monday with Ingvild Gilhus, today's podcast presents an "authors meet critics" session on the new edited volume by Ingvild Gilhus and Steven Sutcliffe, New Age Spirituality: Rethinking Religion. This was recorded at the University of Edinburgh at the launch of the book,