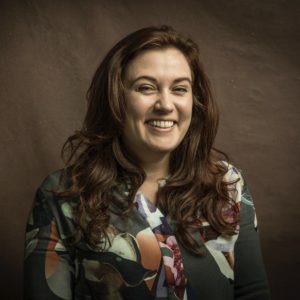 Dr. Beth Singler is the Junior Research Fellow in Artificial Intelligence at Homerton College, University of Cambridge. Prior to this she was the post-doctoral Research Associate on the “Human Identity in an age of Nearly-Human Machines” project at the Faraday Institute for Science and Religion. She has been an associate fellow at the Leverhulme Centre for the Future of Intelligence since 2016. In 2021 she was elected a Fellow of the International Society for Science and Religion.

Beth explores the social, ethical, philosophical and religious implications of advances in Artificial Intelligence and robotics. As a part of her public engagement work she has produced a series of short documentaries. The first, Pain in the Machine, won the 2017 AHRC Best Research Film of the Year Award. Beth has appeared on Radio4’s Today, Sunday and Start the Week programmes discussing AI, robots, and pain. In 2017 she spoke at the Hay Festival as one of the ‘Hay 30’, the 30 best speakers to watch. She was also one of the Evening Standard’s Progress 1000 list of influential people in both 2017 and 2018.

Beth is an experienced social and digital anthropologist, and her first academic book is a ground-breaking in-depth ethnography of the ‘Indigo Children’—a New Age re-conce@ption of both children and adults which uses the language of science, evolution, and spirituality. In 2021, she won the Digital Religion Research Award from the Network for New Media, Religion, and Digital Culture Studies for her work on the AI Creation Meme.

The first Discourse! of 2022 is hosted by Michael Munnik (Cardiff), who is joined by guests Beth Singler (Cambridge) and Richard Newton (Alabama) to discuss how the media is talking about "religion" this month.

May the Fourth Be With You

AI and Religion: An Initial Conversation

This roundtable, in association with the Faraday Institute for Science and Religion, considers the impact of recent technological advances in Artificial Intelligence (AI) and robotics on religion, religious conceptions of the world, and the human. It draws attention to how such advances push religion beyond how it has been commonly defined and considered.

Here are some traditions that make this time of the year special. End-of-year listicles, the "War on Christmas" debate, animations of elves dancing with your family's heads pasted on... and of course, the RSP "Christmas" Special!

Publishers just keep asking us to review their books. And who are we to refuse? Free books! So we've now decided to make book reviews a regular feature of the RSP. The format is exactly the same as it was previously. We handed out a few books to some of our friends and sat them down (or at least tried in one case)...