“The Last Word…?” A Response to Bruce Lincoln’s interview on “The Critical Study of Religion”

Can one really engage in a “serious conversation” in which one always has “the last word”? Or is that perhaps a “misrecognized monologue,” to use Lincoln’s terms? And what are the potential political implications of the assertion that scholars “have the last word”? 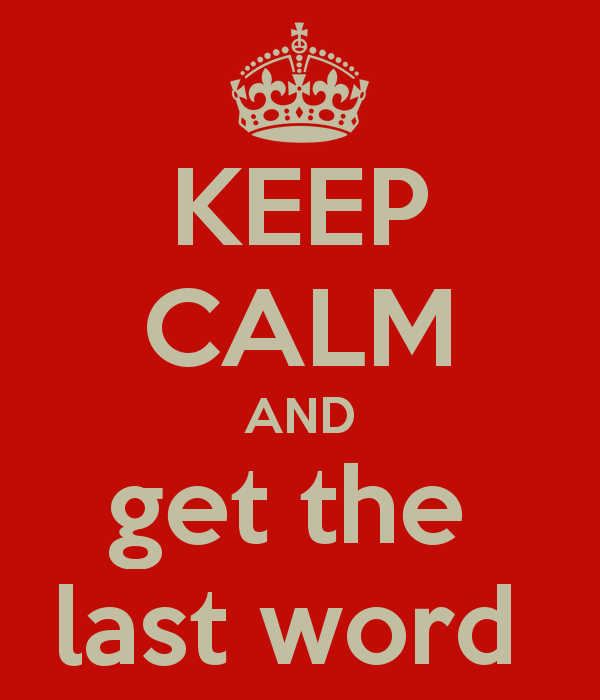 Hugh Urban
Hugh B. Urban is a professor in the Department of Comparative Studies at Ohio State University. He is primarily interested in issues of religious secrecy, particularly in relation to questions of knowledge and power. He is the author of nine books, including The Economics of Ecstasy: Tantra, Secrecy and Power in Colonial Bengal (2001), Tantra: Sex, Secrecy, Politics and Power in the Study of Religion (2003), Magia Sexualis: Sex, Magic and Liberation in Modern Western Esotericism (2005), and  The Church of Scientology: A History of a New Religious Movement (2011).

Hugh B. Urban is a professor in the Department of Comparative Studies at Ohio State University. He is primarily interested in issues of religious secrecy, particularly in relation to questions of knowledge and power. He is the author of nine books, including The Economics of Ecstasy: Tantra, Secrecy and Power in Colonial Bengal (2001), Tantra: Sex, Secrecy, Politics and Power in the Study of Religion (2003), Magia Sexualis: Sex, Magic and Liberation in Modern Western Esotericism (2005), and  The Church of Scientology: A History of a New Religious Movement (2011).

The Critical Study of Religion

“The Last Word…?” A Response to Bruce Lincoln’s interview on “The Critical Study of Religion”

First, let me say how pleased I am to be asked to respond to Professor Lincoln’s interview. Lincoln’s work was a tremendous inspiration for me as a beginning graduate student back in the 1990s, and it has provided a continuing source of provocation, reflection, and productive engagement for my own research over the last two decades.

There were several things that I appreciated about this interview. First, it was invaluable to hear some of the historical and biographical context for several of Lincoln’s seminal works, such as the story behind his “Theses on Method” and his reflections on Discourse and the Construction of Society (a book that I still use regularly in my own classes). Second, I very much appreciated his thoughts on pedagogy and the continuities between his approach to scholarship and his approach to the classroom. As a long-time teacher of religious studies at a large state university, I have always drawn inspiration from Lincoln’s serious, thoughtful, often argumentative, and yet always stimulating pedagogical style.

Finally, as with all of Lincoln’s writings and public talks, I very much admire the clarity and precision of his language.  Whether one agrees with him or not, Lincoln is an exceptionally clear, direct, and incisive speaker; there is never any excess verbiage or obfuscating jargon, simply a straightforward, articulate, and often passionate marshaling of evidence in service of well-reasoned argument.  I was particularly struck by the elegance of Lincoln’s concluding remarks on the critical study of religion. I think he is largely correct to say that the academic study of religion has long been characterized by an uncritical, feel-good sort of approach that has for the most part failed to ask more difficult, unsettling, and irreverent questions about religious claims: “Religion is a really powerful force in world history and a very complicated entity. I think it’s in need of serious critical study that isn’t eager to put the best face on the phenomenon, that doesn’t want to assert coherence and meaning and beauty and comfort but is prepared to see contradiction, ideology, self-interest, social and political forces of less than wholesome nature as at least part of the complex entity that is religion.” I could not agree more with this statement and very much hope that other scholars will be inspired to take up Lincoln’s challenge.

I do not have a great deal in the way of critical comments on Lincoln’s interview. Instead, I simply want to raise some provocative questions in the hope that these might inspire some discussion and debate among readers. In particular, I want to highlight one point of apparent tension – though a productive tension, I think – in Lincoln’s comments. This came up several times in the interview and particularly in the juxtaposition between Lincoln’s discussion of critical scholarship and his discussion of pedagogy. In the latter, Lincoln described his pedagogical style as one of conversation and argumentation rather than monologue, in which no one has the final answer on a given topic: “I like to argue with people. I don’t like monologues. I don’t like my own monologues. I don’t like other people’s monologues. I think they’re boring, and I think they’re evasive. I think challenge, riposte, conversation is where intellectual work takes place…The task is to say we’re colleagues and we have some issues we care about, and none of us have a final word on it.”

This approach to pedagogy appears to be in some tension with Lincoln’s discussion of critical scholarship in the interview. Here, again, he acknowledges the need for respectful conversation with religious practitioners: “I think we owe them the respect one owes to every human being, and that is of a serious conversation.”  Yet he also makes a strong claim to have “the last word” in this conversation: “The first level” of critique, he suggests, “is who has the last word. As a scholar writing for scholars, I think scholars have the last word and that the testimony of believers is evidence with which scholars pursue their work. But I grant no particular privilege to the testimony of those who are committed to a given faith of one sort or another.” This sentiment is echoed, I think, in Lincoln’s “Theses on Method,” particularly thesis number 13: “When one permits those whom one studies to define the terms in which they will be understood…one has ceased to function as historian or scholar.”

I would like to raise two sets of critical questions here. First, can one really engage in a “serious conversation” in which one always has “the last word”? Or is that perhaps a “misrecognized monologue,” to use Lincoln’s terms? And what are the potential political implications of the assertion that scholars “have the last word”? As someone who has worked extensively on colonial India and on British and European Orientalist scholarship on Hinduism, I have to say that any claims to having the last word make me uncomfortable. After all, nineteenth century British Orientalists also claimed to have the “last word” on Indian religions, and that word typically went hand in hand with the project of imperialism. Challenges to Orientalist representations of India, in turn, came not only from later and more careful scholars, but also from religious practitioners, Hindu reformers, and others – and not only from elites such as Rammohun Roy, Vivekananda, Tagore, and Gandhi, but also from ordinary “subaltern” folk, peasants, tribals, etc. The result was a far more complex cross-cultural conversation that involved “scholars” and “believers” alike in messy and ambiguous ways.  I don’t think that acknowledging this fact means that we allow the religious believer to “have the last word” or to “define the terms in which they will be understood.” It simply means that we need to reflect critically on our own terms of understanding as well as those of religious practitioners (a point also made in the ninth of Lincoln’s “Theses on Method:” “Critical inquiry….ought probe scholarly discourse and practice as much as any other”).

This leads to my second question. Lincoln’s approach works well with cases that are long ago or far away, which is primarily the kind of material that he analyzes (with the exception of pieces such as his essay on the Lakota Sun Dance). But does it work as well with cases of living practitioners or ethnographic encounters, in which the scholar forms complex human relationships with religious adherents who may at times seriously disagree with the scholar’s “last word” or the academic terms in which they are understood? Moreover, does his approach allow enough space for the possibility that one’s own theoretical presuppositions may have to be rethought as a result of encounter with other religious lives?

To cite just one alternative example, a rather different sort of approach is suggested by Saba Mahmood in her work on the women’s piety movement in Egypt. The ethnographic approach that Mahmood proposes rests on a principle of “humility” and on “a mode of encountering the Other which does not assume that in the process of culturally translating other lifeworlds one’s own certainty can remain stable” (The Politics of Piety, p.199). Rather than imposing the theoretical apparatus of liberal feminism onto these Muslim women, Mahmood offers a model of reflexive conversation that allows her own academic assumptions to be challenged and rethought as a result of the exchange: “[I]t is through this process of dwelling in the modes of reasoning endemic to a tradition that I once judged abhorrent that I have been able to dislocate the certitude of my own projections and even begin to comprehend why Islamism …exerts such a force in people’s lives. This attempt at comprehension offers the slim hope in this embattled and imperious climate, one in which feminist politics runs the danger of being reduced to a rhetorical display of the placard of Islam’s abuses, that analysis as a mode of conversation, rather than mastery, can yield a vision of coexistence that does not require making another lifeworlds extinct or provisional” (ibid).

Of course, one could legitimately argue that Mahmood also over–corrects a bit on this point: that is, she largely renders her informants immune from critique and downplays the asymmetries of power at work in the women’s piety movement itself. Nonetheless, she does offer an approach that does not necessarily claim to have the last word, but instead asks the scholar to subject her own theoretical assumptions to critical scrutiny, reflection, and possibility of change.

So I would like to end with a final question that might perhaps inspire some further discussion from readers. Does critical scholarship of the sort Lincoln proposes really demand that we insist on the “last word”? Or could it also proceed along the lines that Lincoln suggests in his pedagogy, as an ongoing, critical, and yet self-reflective conversation in which “none of us have a final word on it?”  Again, my questions here are not meant to be damning criticisms of Lincoln’s work or of his comments in the interview. Rather, they are merely intended to provoke some additional debate, in keeping with Lincoln’s observation that “challenge, riposte, conversation is where intellectual work takes place.”