Can Deconstructing ‘Religion’ Be More than Critique?

Responding to our interview with Mitsutoshi Horii, Ioannis Gaitanidis highlights Horii's analysis of the public benefit-aspect of religion in Japan and expands the conversation by asking how scholars can build on and push further our deconstructive analyses for the critical study of religion. 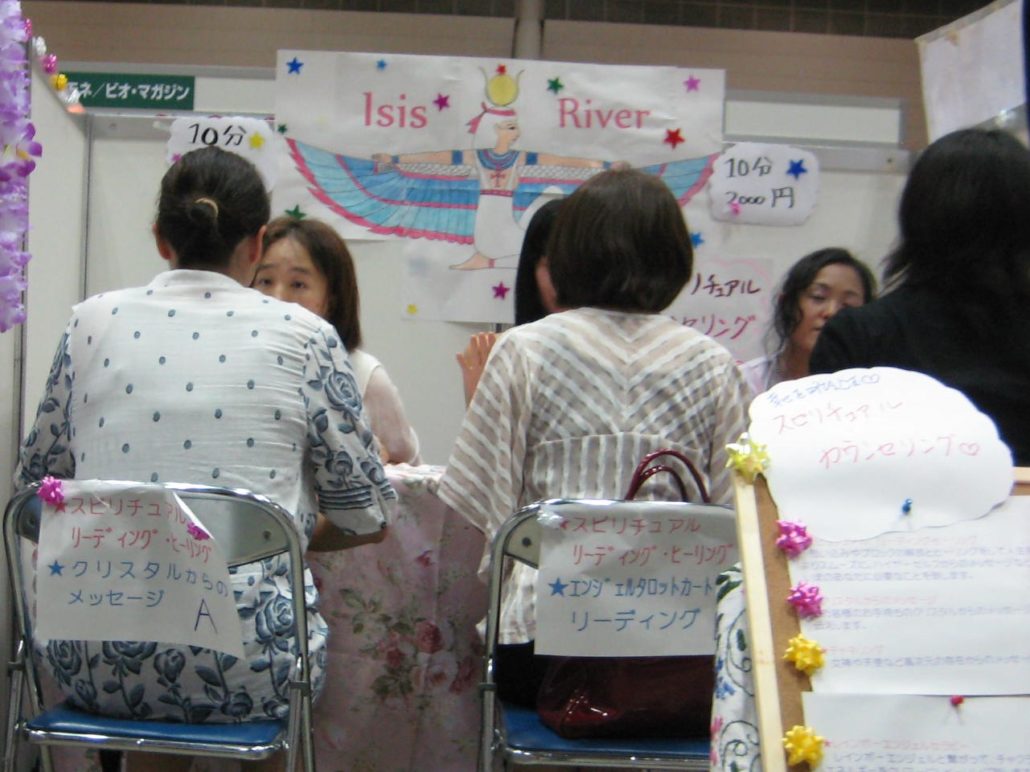 Ioannis Gaitanidis is an assistant professor at Chiba University, Japan. His research focuses on religiously framed therapeutic practices in the Greater Tokyo Area. Most recently, he has published on the reception of aura photography technologies in Japan, on internet discourse about ‘spirituality ditching’, and on the relation between economy and spirituality in The Bloomsbury Handbook of Japanese Religions. He is currently waiting with great anticipation for the reviewers’ comments on a monograph provisionally titled Beyond Religion? Alternativity and Spirituality in Contemporary Japan (under contract with Bloomsbury Academic).

Ioannis Gaitanidis is an assistant professor at Chiba University, Japan. His research focuses on religiously framed therapeutic practices in the Greater Tokyo Area. Most recently, he has published on the reception of aura photography technologies in Japan, on internet discourse about ‘spirituality ditching’, and on the relation between economy and spirituality in The Bloomsbury Handbook of Japanese Religions. He is currently waiting with great anticipation for the reviewers’ comments on a monograph provisionally titled Beyond Religion? Alternativity and Spirituality in Contemporary Japan (under contract with Bloomsbury Academic).

In this episode, Dr. Mitsutoshi Horii joins Andie Alexander to discuss his recent book, The Category of 'Religion' in Contemporary Japan: Shūkyō & Temple Buddhism, where he demonstrates the necessity for understanding how and why certain groups come to be classified as 'religious' in contemporary Japan.

I empathise a lot with Mitsutoshi Horii’s explanations on what brought him to write his monograph. Having just completed a book manuscript that differs dramatically from the argument I developed in my PhD thesis eleven years ago, like Dr. Horii, I needed that decade to take a step back and look at my material from a different angle. In fact, since 2012, a series of fascinating studies have examined the constantly contested and ever-incomplete process of constructing the category of ‘religion’ in Japan and its consequences for ‘religious’ organisations, the Japanese state, the state’s foreign relations, and the public’s perceptions of the meaning of ‘religious’ (Hoshino 2012, Josephson 2012, Isomae 2014, Maxey 2014, Thomas 2019). Today, no book on religion relying wholly or partially on Japanese case studies can ignore these arguments, and Dr. Horii’s analysis of the post-WWII situation has been, I think, a welcome addition to that literature.

In this interview, Andie Alexander asked Dr. Horii to talk more about the conundrums surrounding the public benefit-aspect of religion, which I think is one of the most important analyses in his book. The way that Dr. Horii goes on to explain the practical effects of there not being a ‘clear definition between what is commercial or what is religious’ — which means that people make up their own distinctions in reaction to legal, political, moral and other (not necessarily ‘religious’) imperatives — reflects recent debates on the corporate form, and the need to go beyond simplistic -ization-type of arguments (e.g. ‘commercialisation of religion’). In my work on ‘spiritual’ practices, often defined in comparison to ‘religion’, the commercial aspect has been seen as the ‘corruption’ of spirituality. Scholars, lawyers, popular critics, but also former consumers of the so-called spiritual business in Japan, have attacked the providers of spiritual services for a variety of reasons that tend to mirror their individual concerns of what ‘authentic spirituality’ ought to be about and what its relationship to capitalism ought to look like. In my forthcoming book, I show how each of these stakeholders’ criticism is connected not only to idealised forms of religious activity, but also (among others) to academic debates over the historical development of ‘popular religion’, to legal reactions regarding changing patterns of consumer fraud, and to arguments about the perceived quality of ‘professional’ psychological counselling.

In some ways, therefore, I agree with Dr. Horii that religion is co-constructed by its others. Still, I also think that if we are to advance the field, this means that these ‘others’ deserve as much critical analysis as ‘religion’. In other words, contributing factors to religion-making processes ought to be used as more than just “buffers” on which we bounce our critiques. For example, an analysis of the legal framework that has defined contemporary Japanese religious organisations and has, by extent, influenced the image of the public role that religions are expected to play today would benefit more from also considering the circumstances under which such laws were devised in the first place. This is why Dr. Horii’s critique of ‘religion’ as a legal category goes very well with Jolyon B. Thomas’ examination of how the American Occupation and various Japanese stakeholders came to conceive of religious corporations in the immediate post-WWII period (2019). If legal, medical, economic and other frameworks contribute to what turns religion into something ever-shifting and ‘undefinable’, a critique of the study of religion cannot be complete without a critique of these frameworks too.

At the same time, if I had a specific question to ask Dr. Horii, this would be about where he thinks the deconstruction of the category of ‘religion’ and related binaries, such as religion/secular, religion/economy, religion/politics and so on, will lead us. I have been reading Jason Ānanda Josephson Storm’s new monograph, and, like the author, I am convinced that ‘all attempts to reaffirm the contours of our discipline by producing alternate theories of “religion” or replacing “religion” with near synonyms are doomed to failure’ (Josephson Storm 2021: 61). Josephson Storm offers a compelling answer to this problem, which I will not spoil here. However, I think that this remains a significant issue for Dr. Horii. What is the ultimate objective of applying a critical approach to the study of the identities of Buddhist priests, for example? Towards the end of the podcast, Andie Alexander asked a question about methodology, about how Dr. Horii’s approach looks like in practice, but I wished Dr. Horii had gone a bit further in his answer. What would be the outcome of a critical examination of the negotiation (in)between religious and other identities of these priests? Dr. Horii mentions that by deconstructing concepts and binaries, ‘we can actually find a better way to dialogue’. What would this way be? I look forward to hearing more about it in Dr. Horii’s upcoming book.

On a final note, I believe that the deconstruction of ‘religious’ categories and the study of how these categories further shape the use of the adjective ‘religious’ in other instances needs to be more than a critique of previous scholarship and the status quo. Such analyses are, of course, essential for advancing our methodologies and unearthing our politics, but what we do with them after that is equally important. In brief, what are the hopes, fears, aspirations and experiences that are masked by the louder debates over whether these hopes, fears, aspirations and experiences are ‘religious’ or not? That is, I think, one question that makes the critical study of religion a necessary approach. Yet, it requires scholarly engagement with various sources and a tremendous effort to combine and transform those investigations into a coherent story that is as much about ‘religion’ as it is about everything else. If the field of religious studies has always been somewhat transdisciplinary, this is a quality that needs nurturing now more than ever.

Pilgrimage in Japan and Beyond: Part 2

Comics and the Superhero Afterlife

In this wide-ranging interview with A. David Lewis, comic books are presented as an irreplaceable cultural medium for engaging with issues of mortality, identity, subjectivity, and cosmology. With an overwhelming slate of comic book driven television series (Walking Dead, Gotham, ...

In this interview conducted at the 2018 EASR conference in Bern, Sammy Bishop speaks to Manon Hedenborg White about the development of Western esotericism, charting the influence of the infamous Aleister Crowley and his philosophy of Thelema. They explore Crowley's somewhat ambiguous view of gender, before bringing the research into the present day, on how gender roles in contemporary Thelema can be contested and negotiated. Finally, Hedenborg White delves into the important but often overlooked role of women in the development of contemporary Occultism.

In this episode, RSP co-editor Breann Fallon talks to Professor Carole Cusack about trees in religious mythology, belief, and practice.