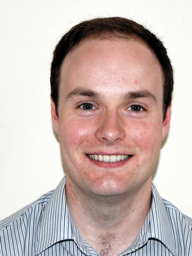 Joseph Webster came to Queen’s University Belfast as a Lecturer in Anthropology in 2013. Before coming to QUB, he was the Isaac Newton – Graham Robertson Research Fellow in Social Anthropology and Sociology at Downing College, Cambridge (2011-2013), having trained in both disciplines at the University of Edinburgh (2003-2012).

His primary research interest concerns the anthropology of religion, with a particular focus on Protestantism in Scotland and the global north. Other research interests include politics, ethno-religious nationalism, personhood, embodiment, and cosmology. Theoretically, his work draws upon Weberian social theory, semiotics and structuralism.

His doctoral research focused upon the folk-theologies of salvation and eschatology among Scottish Brethren fishermen in Gamrie, a small Aberdeenshire fishing village of 700 people and six Protestant churches. Ethnographically, he examined how life as a deep sea fisherman and life as a millenarian Christian came together to produce a world that was both modern and enchanted. A monograph based on this research was published as The Anthropology of Protestantism: Faith and Crisis among Scottish Fishermen (Palgrave-Macmillan, 2013). The book develops a new reading of Max Weber's theory of disenchantment by rethinking the relationship between immanence and transcendence.

His Research Fellowship at Cambridge was partly spent conducting a year of new fieldwork in Airdrie and Glasgow, examining the religion and cultural politics of Orangeism and unionism within the context of the 2014 Scottish Independence Referendum. As well as following a full ‘marching season’, his fieldwork involved attending Orange ‘social clubs’, shadowing Protestant flute bands and Rangers FC supporters clubs, and conducting participant observation within loyalist communities across Scotland’s Central Belt. He is currently writing a new monograph based on this research, provisionally entitled We Are the People: Orange Politics and Chosenness in Protestant Scotland.

Cults and NRMs: An RSP Remix, Part I

Tune in for Part I of our RSP Remix episodes on Cults and New Religious Movements!

Are we right to connect millennialism and violence? Are groups like Heaven's Gate or the Branch Davidians typical, or rare exceptions, magnified out of proportion by the lens of the media - and scholarship? How do we account for the popularity of mllennialism outside of religious traditions, new, extreme or otherwise?

The Brethren in Scotland

Gardenstoun is a fishing village in the North-East of Scotland with a population of only 700 and six churches, four of which are branches of the Plymouth Brethren. Anthropology "at home" - within our own culture, rather than that of some exotic Other - undermines many of the assumptions that the study of religion is based upon,...

An anthropologist who has conducted fieldwork in Puerto Rico and in New York, examining, among other things, the lived experiences of possession and trance and as found among practitioners of Santería, Spiritism and other Afro-Cuban religious movements, Schmidt is well equipped to discuss the reality of undertaking ethnographic fieldwork on the topic of religion.