An anthropologist who has conducted fieldwork in Puerto Rico and in New York, examining, among other things, the lived experiences of possession and trance and as found among practitioners of Santería, Spiritism and other Afro-Cuban religious movements, Schmidt is well equipped to discuss the reality of undertaking ethnographic fieldwork on the topic of religion.

Of all the methodological approaches that the ‘social sciences’ have at their disposal, none is more messy – and arguably none more rewarding – than ethnographic fieldwork. It is this dual nature of participant observation that emerges as the primary theme in this insightful interview with Dr Bettina Schmidt of the University of Wales, Trinity Saint David.

An anthropologist who has conducted fieldwork in Puerto Rico and in New York, examining, among other things, the lived experiences of possession and trance and as found among practitioners of Santería, Spiritism and other Afro-Cuban religious movements, Schmidt is well equipped to discuss the reality of undertaking ethnographic fieldwork on the topic of religion. Her approach is unapologetically anthropological, and rightly so. “We have to respond to the people we speak with, and [respond] to the field”. This involves, she admits, reinventing research projects according to the conditions of that field. The idea of preparing for this by reading books (and perhaps also by listening to podcasts?) is not something with which many anthropologists would feel comfortable, and Schmidt is no exception. Learning by doing seems to be the order of the day. And of course, she is right.

The fact that this is far from a new approach in no way diminishes its importance. Fieldwork still exists as a right of passage for any anthropologist worth their salt, and is often prepared for by receiving (what seems like flippant) advice from those who have gone into the field before us. I think it was Evans-Pritchard who mused that the last piece of advice he was given before departing for Sudan was “get a good desk for writing, take two tablets of quinine a day, and keep off the local women”. The last advice I received was even more insightful: “treat your fieldwork like a romance: you have to fall in love with them and you have to make them fall in love with you”.

This process of falling in love with the world of one’s informants is something that comes across strongly in Schmidt’s interview, to the point, she admits, that others have (somewhat bizarrely) criticised her admission that she finds Afro-Cuban religion “fascinating”. It seems unlikely that such critique would come from an anthropologist, encapsulating, as her admission does, the ‘true spirit’ of the ethnographic endeavour.

Schmidt also speaks with frankness about various methodological ‘problems’, from the insider/outsider conundrum, to data analysis while in the field, to the use of photography and sound recording, to problems of interviewer bias, to the ethics of anonymity, to imposing anthropological theory upon the experiences of one’s informants. I must admit that, depending on how they are framed, such issues feel rather peripheral to the actual experience of the ‘doing’ of fieldwork. Yet this too comes across during the interview. How does one get access to the field? Through a community gatekeeper. What happens if no onene will speak to you about your research topic? Change topic. What if people don’t want you taking photographs? Take fieldnotes after the event instead. Its ‘bread and butter’ stuff, but worth bearing in mind nonetheless, especially for those listeners about to undergo their own ethnographic ‘right of passage’.

A highlight of the interview, easy to miss because of its own (again, rather second nature) importance is Schmidt’s strong advocacy for the practice of writing fieldnotes. The need for a camera and a dictaphone in the field almost totally disappears assuming one has access to pen and paper (and possibly a good desk). This is serious. I remember having a discussion with a documentary filmmaker who said that if he didn’t capture the moment on tape, it might as well not have happened. In a very real sense, the same applies to fieldwork. If I don’t force myself to make my fieldnotes, I will forget all those little details about any given encounter, and soon enough, the very fact that the encounter ever happened. Tim Ingold once said “fieldnotes are time machines”. He couldn’t be more correct. Fieldnotes transport you back to the event, back to the field, back to the ‘ethnographic moment’ in which, to echo Geertz, you finally worked out “what the hell is going on”. Such a magical act of re-remembering, it seems to me, is all the more crucial when dealing not just with a foreign culture, but also a foreign cosmology and foreign ontology – a fact that will be familiar to many students of religion.

Furthermore, participant observation always takes the perspective of the anthropologist Schmidt tells us: “it is always me who is speaking and hearing and smelling” (methodologically speaking, of course) making true objectivity impossible. All I would want to add here – given the fact that I took to heart the advice to treat fieldwork “like a romance” – is that objectivity is also highly undesirable. Indeed, fieldwork demands, at some level at least, that one falls in love. And aspiring to an ‘objective romance’ seems to be missing the point, both philosophically and ethnographically.

Yet the interview draws to close on a rather puzzling note. “With religion”, Schmidt continues, “I always try to keep my distance”. My own fieldwork experiences – among born-again Scottish fishermen and more recently among Ulster Orangemen – suggests that this “distance” also runs the risk of missing the point of participant observation. Remember that you also have to make them fall in love with you. It seems that this would be a tricky task indeed if I were determined to keep my distance. One solution might be to return to our fieldnotes, seeing them not only as a time machine, but also as a wad of love letters, which, if the works of Jane Austin have anything to tell us, are very often written while sitting at a good desk. 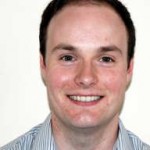 Dr. Joseph Webster is the Isaac Newton – Graham Robertson Research Fellow in Social Anthropology and Sociology at Downing College, Cambridge. His doctoral research (Social Anthropology, University of Edinburgh) focused upon the folk-theologies of salvation and eschatology among Scottish fishermen in Gamrie, a small Aberdeenshire fishing village of 700 people and six Protestant churches. Ethnographically, he examined the connections between religion and fishing to show how words and language became charged with the power to enchant the world through a uniquely Protestant socio-spiritual experience of personhood, worship and time. The thesis, among other things, developed a new reading of Max Weber’s theory of enchantment, primarily by rethinking the relationship between immanence and transcendence.

As well as currently preparing his doctoral thesis for publication as a monograph, his Research Fellowship at Cambridge will be spent undertaking new fieldwork among Orangemen on the religion and politics of Unionism in Northern Ireland.

Natural Selection In the Evolution of Religion

In this week's podcast, professor Armin Geertz outlines an answer elaborating on the arguments presented in his co-authored book The Emergence and Evolution of Religion by Means of Natural Selection. He argues that there are multilevel selection processes that happen within different sociocultural formations, and these are key to understanding how religion has evolved throughout history.

Carlo Ginzburg is professor emeritus in History of European Cultures in Scuola Normale Superiore in Pisa, Italy. A distinguished historian with a remarkable career, Ginzburg is known for his microhistorical research approach. His most well-known book The Cheese and the Worms: The Cosmos of a Sixteenth Century Miller follows clues ...

Tisa Wenger tells David Robertson how local, national, and international regimes of religious freedom have produced and reproduced the category 'religion' and its others in the modern world.

From Non-Religion to Unbelief? A developing field…

In this podcast, we check in with the state of the field, discuss developments beyond the Anglophone "West", some of the many exciting projects being worked on under the "Understanding Unbelief" banner, the utility and pitfalls of the terminology of "unbelief", and some of the critical issues surrounding the reification of survey categories.