Perhaps it is time to stop treating the word “religion” as a tool of the scholar and to start treating it as the very object of study. Aside from being an oxymoron, the thought of “meatless meatballs” can elicit strong reactions, whether of disgust, confusion, or hunger. Such products are capable of breeding suspicion, whether in regards to their taste, their origins, or their status as “food.” After all, what exactly is meatless meat? 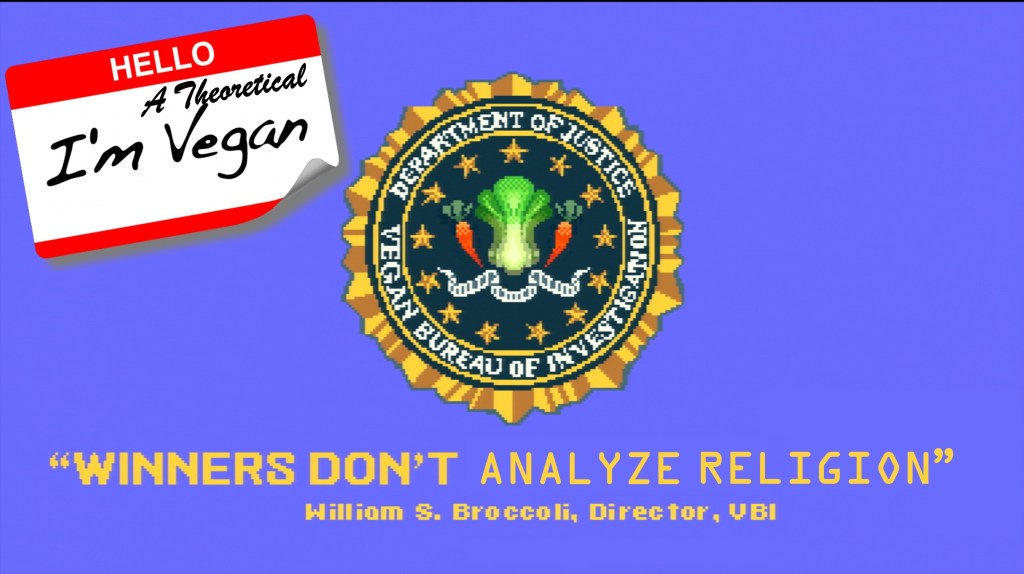 Neil George is a PhD candidate in the Humanities program at York University in Canada. His research interests lie in the study of discourses surrounding the so-called intersection between science and religion.

Neil George is a PhD candidate in the Humanities program at York University in Canada. His research interests lie in the study of discourses surrounding the so-called intersection between science and religion.

In this interview, Dr Teemu Taira discusses the role of marginal traditions in understanding the application of the term "religion" in differing context, in particular he discusses Karhun Kansa, the People of the Bear. This leads onto a methodological discussion on the use of the term and the role scholars play in this discourse.

Aside from being an oxymoron, the thought of “meatless meatballs” can elicit strong reactions, whether of disgust, confusion, or hunger. Such products are capable of breeding suspicion, whether in regards to their taste, their origins, or their status as “food.” After all, what exactly is meatless meat? Although certainly contradictory in a sense, it has become code for a certain type of alternative or imitation product, which might be used for any of a number of reasons.

Of course, it is not just claims to being meat-free that are capable of raising suspicions. When I recently ordered a hamburger at a popular fast food chain, I found myself questioning, like many others before me, what exactly made up the “meat” I was being served. Although the contents of the patty of what I will call beef is presented as being fairly self-evident, often with labels such as “real beef,” “100% beef,” etc., there are plenty of questions worth asking about how that patty came into existence. What meat is used? What fillers are used? What were the cows being fed? What were their living conditions? Were they healthy? How was the meat handled? Whatever the answers, one thing is clear, the makeup of that burger reflects the interests of the corporation making a profit off of it. How can they save money on ingredients? How do they make the most profit? As with so many other things, it is important to know who benefits. That is perhaps why there have been so many rumors online about the supposed indiscretions of fast food corporations. Take for example the numerous articles and even an art project about McDonald’s hamburgers that show no signs of mold even years after purchase.

Although the corporations are not always guilty of the accusations made against them, the food industry nonetheless serves as a fascinating case study for understanding rhetoric and identification. What happens if we start applying this level of suspicion to the category of religion? Scholars have been doing this for years, although the results have been mixed. One such approach, deconstructing the concept of “religion,” has increasingly come into vogue in the study of religion in recent years, but the practical import of this approach is still hotly debated. After all, as the title of Kevin Schilbrack’s 2013 response to Timothy Fitzgerald asks pointedly, “After We Deconstruct ‘Religion,’ Then What?” If the word is really bound up with the values of the so-called West, and especially with Protestant values, if its meaning if ambiguous, varied, and dependent upon the interests of the person using the word, how then ought the scholar to proceed? Schilbrack’s answer is “critical realism,” which seeks balance between criticality towards how terminology is used and knowledge of pre- or non-linguistic realities. On this approach, the question is whether or not a definition of religion can be made that is useful for understanding those realities.  Rather than constructing a “working definition,” others, like Daniel Dubuisson, suggest alternative language that they see as less value laden, such as “cosmographic formations.”

At this point, enter Teemu Taira’s work. In studying Karhun kansa (People of the bear), a small, officially recognized, religious group in Finland, with about thirty members, Taira takes an interesting and seemingly useful approach: he does not define religion at all, nor does he use it as a descriptive category. Instead, he is interested in studying how other people are using the word “religion,” with Karhun kansa serving as just one case study within the varied contexts in which “religion” is used discursively. There are benefits and drawbacks to being classified as a religion, as Taira points out in regards to the ability to perform marriage ceremonies and to be afforded certain legal rights and protections. On the other hand, groups might also try and skirt around those definitions when it suits their social or political interests. What do we do as scholars when people want to call themselves spiritual but not religious, claim to be philosophy rather than religion, or when Christians say they have a relationship, not a religion? We could impose terminology on these people, but does this get us closer to some sort of reality?

Perhaps it is time to stop treating the word “religion” as a tool of the scholar and to start treating it as the very object of study. On this account, theoretical veganism would be the refusal to use either religion or religion by-products, which I would suggest are the terms used by scholars that are roughly synonymous with religion but supposedly free of the same trappings, such as Dubuisson’s “cosmographic formations.”

My own research focuses on discourses surrounding “science and religion,” where I also consider the word “religion” (and the word “science” for that matter) to be the thing worth investigating rather than a way of describing my subject matter. I care not at all for how these concepts relate, because once deconstructed, it is hard to find any sort of connection left to those non-discursive realities that are of interest to the critical realists. Instead, it seems to me to be worth asking the important and seemingly oft-repeated mantra, “Who benefits?”

If we throw out every word that can be deconstructed, we may end up with scarcely any language left to use. Furthermore, as Taira notes, scholars are not disinterested observers, since analyzing discourse is itself a discursive practice, making scholars part of the world they study, so there will never be an interest-free vocabulary. Nonetheless, if a word is not useful, it may be better to relegate it to the junk heap. When presenting research at a conference a couple years ago, a senior scholar asked me about the possibilities for a viable definition of religion. In responding, I was reminded of Pierre-Simon Laplace’s apocryphal response to Napoleon when asked about the place of God in his work, “I had no need of that hypothesis.”