Religion, threskeia (θρησκεία) and the Return of the Hellenes: On Brent Nongbri’s Before Religion

Nongbri’s work, as I see it, offers a very valuable tool not only in approaching and interpreting the ancient usage of terms such as religio and threskeia and their respective history but also how those ambiguous terms are adopted and used by modern people who long for those ancient practices that scholars label “religious” in order to establish claims that touch upon different matters 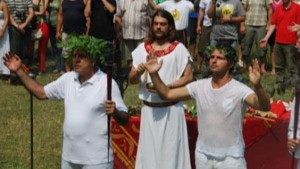 Before “Religion”: a History of a Modern Concept

Brent Nongbri talks to Jack Tsonis about his recent book, "Before Religion: a History of a Modern Concept". Nongbri provides an overview of the history of "religion" as a concept in the English speaking world, highlighting that the seemingly "natural" or "obvious" definition of the term is actually highly specific to the modern West.

Religion, threskeia (θρησκεία) and the Return of the Hellenes: On Brent Nongbri’s Before Religion

Ever since the publication of Wilfred Cantwell Smith’s The Meaning and End of Religion (1962), various scholars have engaged themselves with the issue of religion not being “a universally applicable first-order concept that matches a native discursive field in every culture across time and throughout history” (Nongbri 2013, p. 158). Nongbri’s approach to this issue is influenced by the work of scholars like Talal Asad, Jonathan Z. Smith, Russell McCutcheon, Timothy Fitzerald, Tomoko Masuzawa, and David Chidester to name a few. However, his approach differs, from say Fitzgerald’s, in that he does not dismiss the term altogether. Instead, for Nongbri, the realization that religion is a modern concept with a specific history and that all our concepts are virtually anachronistic when we apply them to antiquity, allows us to use the term ‘religion’ in a more creative way. For example, by drawing on the work of the church historian Eusebius (4th century CE), Nongbri argues that religion is not “the most useful tool for trying to describe ancient practices” since Eusebius was not dividing the world up into different religions.

Writing for an English speaking audience, Nongbri justifiably dedicates most of his work on the Latin term religio from which derives the modern western concept of religion. However, the Greek term threskeia (that one would conventionally translate into English as religion) remains a marginal term both in the field of religious studies and in the discourse on the concept of religion. Nongbri dedicates little space on this term in his work (Nongbri 2013, pp. 34-8), but manages to show its different meanings with references ranging from Herodotus in the 5th century BCE to Photius in the 8th century CE, while he stresses the absence of a detailed study of how the term was used in the Byzantine era. The term threskeia still is the standard term that Greek-speaking people use when referring to religion. The problem of understanding how this particular term was used both in antiquity and during early Christianity within the Greek speaking world is simultaneously at the root of the problems that stem from the very fact that ancient Greek threskeia (arhaia Helleneke threskeia) remains the standard modern Greek terminology employed when referring to ancient Greek religion.

A peculiar case that touches upon – and could well be studied with the help of – Nongbri’s work is a relatively new movement in Greece known as The Return of the Hellenes. As Matthew Brunwasser wrote last June on the BBC official webpage, every 21st of June (summer solstice) the members of this movement participate in their annual festival of the Prometheia, a celebration of the Greek Titan Prometheus (see picture below). What is interesting, however, is the statement given to Brunwasser by the founder of the Hellenes movement, the philosophy professor Tryphon Olympios: “They [Orthodox church officials/priests] have understood that we are not dangerous and we are not pagans and Satanists… We are peaceful people that come with ideas that are useful for society”. These religious (theskeutikes) practices that, according to the members of this movement, go “back to the roots” and generate the feeling of “continuation through the millennia” virtually allow people to “identify with something in the past – where they come from – so as to know where they are going”. 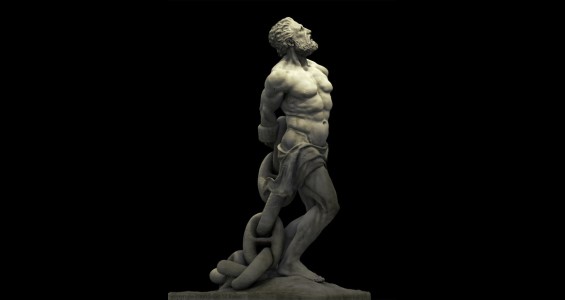 I find such phraseology extremely interesting and at the same time deeply problematic. One could argue that, like Eusebius, the members of the Hellenes movement do not adhere to a religious but rather to a different classification of the world by seeing the ancient Greek practices (including but not confined to the threskeutikes) as a means of identity formation that link the modern to the ancient Greeks. Herodotus in the 5th century BCE, in describing the Greek nation, spoke of “the common blood, the common language and the common sanctuaries and sacrifices” (Histories 8.144.2). Even though Herodotus does not use the word threskeia in this passage he nevertheless sees the world through the lens of different elements constitutive of a specific group, in this case the Greeks. Likewise, the Hellenes movement acknowledges the importance of both sanctuaries and sacrifices as a constitutive element that links them to the ancient Greeks in, as it were, a Herodotian way. It comes as no surprise, as Brunwasser informs us, that the followers of the movement include “New Age types who revere ancient traditions, leftists who resent the power of the Orthodox Church, and Greek nationalists who see Christianity as having destroyed everything that was truly Greek” (emphasis added).

Nongbri’s work, as I see it, offers a very valuable tool not only in approaching and interpreting the ancient usage of terms such as religio and threskeia and their respective history but also how those ambiguous terms are adopted and used by modern people who long for those ancient practices that scholars label “religious” in order to establish claims that touch upon different matters: from regional politics to ethnicity and from nationalism to anarchism to mention just a few. As with the term religion, threskeia does not so much need a definition but rather an examination of the various connotations that the term employs when in the hands of different people with different agendas. As Russell McCutcheon put it in another podcast published in the Religious Studies Project some time ago, “I am really not interested in what religion is or isn’t or even if there is such a thing that pairs up to that word; instead it’s a word I am using defined in this or that way that allows me to do this or that with the world; that allows me to talk about this versus that”.

I think that Before Religion, which draws heavily on McCutcheon’s work as Nongbri himself acknowledges in his interview, can contribute to the study of those identity formation and classificatory systems employed by people that are today conventionally called neo-pagans. The very fact that the Hellenes and their umbrella group known as the Supreme Council of Ethnikoi Hellenes are “campaigning to get their form of ancient worship classed as an “ethnic religion [threskeia]” of Greece” shows in the most vivid way that to define the term threskeia (and religion alike in other places of the world) offers less than the more promising study of the ideologies that accompany the term in its different contexts, both in antiquity and in the modern world.