Not Just Any Body Will Do!

White’s research, in conjunction with my own and others’, calls into question a theoretical assumption held by many CSR scholars that the body plays a negligible role in beliefs about supernatural agents. Dr. Claire White’s research addresses the religious topic of reincarnation that, although perhaps more adhered to by human cultures across time and space than the belief that we have only one earthly life followed by eternal reward or punishment, has received little serious scientific investigation—especially from the question through which Dr. White addresses it. 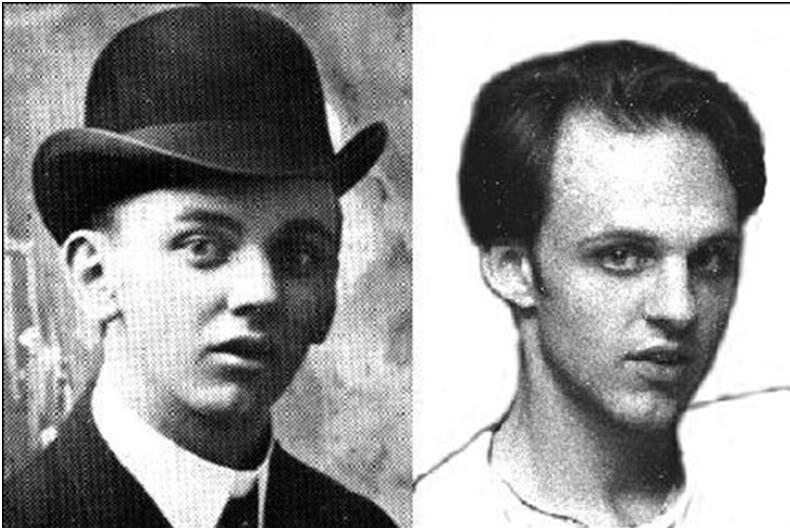 Dr. K. Mitch Hodge is a cognitive scientist and philosopher of mind who focuses on the cognitive science of religion. He is an associate lecturer, as well as alumni, at the Institute of Cognition and Culture in Queen’s University Belfast and a research associate at LEVYNA: Laboratory for the Experimental Research of Religion.

Dr. K. Mitch Hodge is a cognitive scientist and philosopher of mind who focuses on the cognitive science of religion. He is an associate lecturer, as well as alumni, at the Institute of Cognition and Culture in Queen’s University Belfast and a research associate at LEVYNA: Laboratory for the Experimental Research of Religion.

Dr. Claire White’s research addresses the religious topic of reincarnation that, although perhaps more adhered to by human cultures across time and space than the belief that we have only one earthly life followed by eternal reward or punishment, has received little serious scientific investigation—especially from the question through which Dr. White addresses it. That question is not whether reincarnation (or any other religious belief) is true, but rather “Why do some people have that belief?” It is this type of psychological question that is the hallmark of the cognitive science of religion (CSR).

The long-held assumption, made historically by both scholars and laymen, has been that religious beliefs are created and instilled through cultural transmission and indoctrination. In the past few decades, however, the newly emergent field of CSR has taken that assumption to task with numerous empirical experiments. Contrary to this long-held assumption, research into a wide variety of religious beliefs by CSR has found that many of those beliefs are held by us because they tap into and appeal to our natural cognitive biases. These cognitive biases predispose us to believe in gods, an afterlife, a moral universe, and creationism. Even though each religion addresses these topics in (sometimes very!) different ways, the findings suggest that what binds this great variation together are these underlying intuitions.

Like any human endeavour, however, science sometimes includes missteps.

White’s research, in conjunction with my own and others’, calls into question a theoretical assumption held by many CSR scholars that the body plays a negligible role in beliefs about supernatural agents (see here, here and here). According to such scholars, supernatural agents are represented by believers as disembodied beings, devoid of any bodily properties. This applies to gods as well as the afterliving deceased. Once a human dies, these researchers tell us, the only part of this deceased individual we intuitively represent as continuing is her mind. We no longer represent her as embodied in any way, let alone in any way connected with her previous earthly body. In contradistinction to this view with regard to the latter, both White and myself argue that the body still plays a vital role in representations of the afterliving deceased, and that this bodily representation is sufficiently corporeal and similar enough to allow for recognition and identification as “the same again” as well as continued social interaction.

As White rightly states in her interview, if there were ever a case in which the afterliving deceased’s previous earthly body should play no role whatsoever in her representation, recognition and identity, then it should be in the context of reincarnation. It is believed that the new physical body of the reincarnated individual shares no causal history, in the scientific sense, with her previous body. It could vary in race, sex, and innumerable other ways. Yet White’s empirical findings demonstrate that when trying to determine whether a reincarnated individual is the same again, we intuitively look for and at distinctive physical clues. If it were indeed the case that humans intuitively represented the afterliving deceased as disembodied minds, then there would be no reason, let alone an intuitive bias, to gauge the reincarnated individual’s identity based on her bodily attributes. Yet we do.

The evidence produced by White vividly demonstrates this by the fact that one of the two most important features that one “implicitly” looks for and appeals to in order to recognize a reincarnated individual as the same again are distinctive physical characteristics. Since the individual’s new body shares no causal history—genetic or otherwise—with her previous body (again, in the scientific sense), there should be no implicit reason to expect there to be such specific physical clues of identity. Nevertheless, White’s evidence demonstrates that we still represent and appeal to physical clues in matters of recognizing a reincarnated individual as the same again.

White does not appeal to novel cognitive mechanisms to explain this phenomenon, as is vogue in CSR (and cognitive science as a whole). Instead White claims that this intuitive cognitive bias relies on the known mundane representational processes that we use every day to recognize those we encounter as the same again. We expect them to have a specific causal history which we implicitly track through both mental (i.e., autobiographical memories) and distinctive physical characteristics. Of course, the latter are far more easily tracked than the former (could you imagine how different our interactions would be if we had to establish every individual’s identity by first interrogating her about her memories?).

White is also to be commended for incorporating anthropological evidence in her research. This is something that should be done much more often in CSR. Too often, researchers produce results and theories in their laboratories that appear to share little in common with the religious practices they are attempting to illuminate empirically. They provide us with no bridge to get from their results and theory to religion writ large in human cultures. Even worse, sometimes their results and theories seem to fly in the face of religious beliefs and practices.

To overcome the complaints of its critics, CSR needs to follow White’s lead. Not only must we diligently carry out cross-cultural experiments in the laboratory, but we also need to consult and remain faithful to the anthropological record of religion as it is believed and practiced. If the two appear incompatible, it is our experiments and theories that must be rethought. It is not as though we in CSR can authoritatively tell the religious faithful that they are worshipping all wrong!

In the year 2000, English-speaking scholars interested in ‘religion’ were introduced (in translation) to one of the most important texts in the sociology of religion in recent years, Danièle Hervieu-Léger’s “Religion as a Chain of Memory”. This book placed the study of ‘religion and memory’ firmly on the academic agenda,

It is fast becoming a tradition in ‘nonreligion’ research to acknowledge that Colin Campbell’s seminal call in Toward a Sociology of Irreligion (1971) for a widespread sociological analysis’ of ‘nonreligion’ had until very recently been ignored (Bullivant and Lee 2012). Although there has been a steady stream of output on secularisation, and more recently on atheism, ...

Claude Lévi-Strauss (1908-2009) was the founder of structural anthropology, and is widely considered to be a foundational figure for modern anthropology. In books including Les Structures élémentaires de la parenté (1949, The Elementary Structures of Kinship), Tristes Tropiques (1955) and La Pensée sauvage (1962, The Savage Mind, 1966),...