Networked religion, blurring boundaries and shifts in the field of authority

Hanna Lehtinen is a graduate student in Comparative religion in Turku University, Finland, and works as an intern in the Southern Africa –Nordic Office in Cape Town, South Africa. She is currently working on her MA thesis on religion, media and politics, using the Church of the Flying Spaghetti Monster and the Atheist Bus Campaign as case studies. Her research interests include parody religions, religious and secular identities, (science) communication and sustainable development. She has also written the essays Divine Inspiration Revisited and What should we do with the study of new religions? for the Religious Studies Project.

Hanna Lehtinen is a graduate student in Comparative religion in Turku University, Finland, and works as an intern in the Southern Africa –Nordic Office in Cape Town, South Africa. She is currently working on her MA thesis on religion, media and politics, using the Church of the Flying Spaghetti Monster and the Atheist Bus Campaign as case studies. Her research interests include parody religions, religious and secular identities, (science) communication and sustainable development. She has also written the essays Divine Inspiration Revisited and What should we do with the study of new religions? for the Religious Studies Project.

Networked religion, blurring boundaries and shifts in the field of authority

Central to questions of authority is the ability to define the tradition; to define how scripture should be interpreted, and to tell orthodoxy from heresy.

The past 15 years or so have witnessed a period of swift development of the World Wide Web and a wide range of other information and communication technologies (ICTs).  It has also become a truism that individuals, communities and cultures are more interconnected than ever before. This can be seen in all areas of life from economics and entertainment to education, and politics. Religion is no exception, and scholars of religious phenomena have increasingly turned their gaze to the ways in which these new technological possibilities affect religious communities.  As the field of interest has developed, researcher’s foci and insights have followed suit.

The Religious Studies Project’s interview with Heidi Campbell focuses mainly on her recently published article which examines the emergence of both online religion and the way scholars have approached this phenomenon. A key aspect examined in the article is the blurring boundaries between religion online and offline. Campbell uses the term ‘networked religion’ to better grasp the phenomenon.

The questions addressed in the interview are hugely interesting, and the topic is also a tricky one. The impact modern ICTs have on religious communities and religious activity must be mapped in an increasingly fluid and rapidly changing environment, in which distinctions between online and offline, public and private, as well as member and non-member is difficult, and often impossible, to maintain.

Even though it is still technically possible to talk about time spent online and offline, this distinction is, according to Campbell, becoming more and more blurred. In everyday experience, this development seems fairly self-evident, as it is facilitated by the evolving communication technologies themselves. 15 years ago most people only had access to Internet from one or two, clearly defined geographical locations. For me, these were the family computer in our living room, and the single enormous PC with Internet access at the local library (under the watchful eye of the librarian). Growing connection speeds, the development of smart phones and tablets, and increasingly widespread access to wireless networks has made the Internet available almost everywhere. Consequently, ‘being online’ may – and in many cases, has – become a constant feature of everyday life.

Heidi Campbell uses the term networked religion to describe the more or less fused online/offline religion emerging in the digital age. With this term, Campbell wishes to point out how religion has been affected by the new ‘socio-technological infrastructure’ and its logic, much like all other areas of society. The term ‘network’ is probably most well-known from Manuel Castells’ extensive work on the emergence of the network society and the various social implications of the development of ICTs. Network has become a common metaphor in social sciences, but also outside academia.

Campbell mentions five core aspects that constitute a networked religion. These are convergent practice, multisite reality, network community, storied identity and shifts in authority. Although the names are different and the topic discussed here more specialized, these themes strike a familiar chord to many general sociological accounts of developments in contemporary religiosity. Dr Teemu Taira, for example, has written on ‘liquid religiosity’ (2006), which he describes as being individualistic and this-worldly in orientation. In Taira’s view this type of religiosity typically emphasizes the authority of the individual. Spiritual seekership and mix-and-match religiosity is accepted and common. Community formations are often loose networks or ‘coatrack communities’ where individuals come and go as they please. All sorts of religious and spiritual self-help materials, fairs, teachers and groups form a fluid milieu, in which people create their individual spiritual roadmaps – or ‘storied identities’, to borrow Campbell’s terminology.

Even though Taira’s work operates on a rather general level and does not focus on the Internet or ICTs, they are clearly present in his views. Where else can you find as liquid religion as on the Internet, where moving from one society and information source to another is only a matter of clicking a mouse?

An interesting question is, how do we research this type of religiosity and religious communities that are ‘liquid’ or in the state of ‘flux’? I for one am only beginning to examine these tricky methodological issues. On a more quantitative level, all sorts of new computer programs for data mining and network analysis are being developed rapidly. Ethnographically, though, how is it possible to fruitfully approach this kind of networked religion which stretches over the divide between online communities and offline environments, in which memberships are not clearly defined, and even the teachings are more or less open source, available for use and modification?  I am eagerly looking forward to innovative approaches.

New technologies affect religious practices both directly and indirectly. Religions old and new take up these new tools and move in to these new forums, actively adopting innovative ways of organization, communication and attracting members. Needless to say, these new possibilities are not merely a passive medium in the hands of religion. They may well give rise to new questions and challenges, ranging from practical issues, to ethical and theological dilemmas. They may also affect the expectations people have of their community and of life in general. Some forms of religion handle these changes well, others less so.

An example of such connection between technology and religious thought is presented by Jeremy Stolow in his article Salvation by Electricity (2008). His article examines the relationship between the Spiritualist movement of the early 19th century and the newly invented telegraph. Stolow examines the ways in which Spiritualism developed hand in hand with the new technologies, and how both its ideas and the formation of the movement were in many ways facilitated by the technology. To put things briefly, on a material level, the telegraph made it possible to create loose grassroots networks and share ideas globally. Spirit mediums also found publicity and possibilities of voicing their opinions, thereby challenging powers that be and negotiating anew the existing locations of authority.

On a less tangible level, the new technologies brought with themselves very powerful new imageries. In Spiritualism, one of the most powerful images was electricity. Similarly, the Internet and other ICTs may also have an effect on new religious imaginations. There are religious groups that can be reasonably called digitally based. They may have existed before the Internet started spreading, but the Internet has given them the kind of environment where they can create a relatively free community. One interesting example is the Open Source Religion Project, an online community in which people discuss and debate religious ideas. As the name suggests, Open Source Religion shares the logic of collectively creating something that everyone can develop and improve.

The questions of networked religion are also central to my own research project. I am currently studying the Church of the Flying Spaghetti Monster, a quasi-religious community that is usually categorized as a spoof religion or a satire with political aims. The aim of my study is to examine precisely the blurring of boundaries – not only the border between online and offline, but also the blurring between the realms of public and private, and of religion, humour and politics.

Central to questions of authority is the ability to define the tradition; to define how scripture should be interpreted, and to tell orthodoxy from heresy.  In the case of many new religious movements, such as some neo-pagan groups, it is not so much about definitions within the tradition but the category of religion in general. This is especially visible in cases where a religious community attempts become a state-recognized religious institution. Having been denied this status, these movements often claim that the definitions used in this legal framework are biased in favour of more established scriptural religions, often Christianity. This in turn creates interesting dilemmas for the state, as it has to define what a religion is and what it is not. Religion was, after all, supposed to be private and consequently not a political issue.

All in all, the interview with Professor Campbell gives a good, concise account on where the development of religion online seems to be headed. This is no small achievement, given the huge complexity of the field of online religion, and I am looking forward to getting my hands on her article. A small problem in general summaries like this is that they often tend to lose edge and become difficult to grasp and apply on a more concrete level.  Nevertheless, I think networked religion seems like a promising tool in examining the messy reality.  In this commentary I have tried to open up some possible fields where Campbell’s formulations could be taken and applied to. The next step is the quest for fruitful research methods… 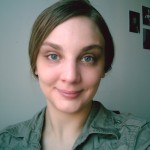 Hanna Lehtinen is a graduate student and currently an intern in Comparative religion in Turku University, Finland. She is working on her MA thesis on the Church of the Flying Spaghetti Monster. Her research interests include parody religions, religious innovation, evolving discourse on religion, and power relations in general. She has also written the essays Divine Inspiration Revisited and What should we do with the study of new religions? for the Religious Studies Project.