After all, how can one have a scientific understanding of New Age religions or UFO cults without understanding the spirits, ‘energies’, UFOs, and extraterrestrials that inhabit those religious worlds? Guthrie provided, for the first time, a theoretical basis for such a research project. Without theories such as that presented by Prof. Guthrie, particularly in his book Faces in the Clouds (1993), the current move towards an empirical study of religious beliefs and behaviors...

In Stewart Guthrie’s interview with Thomas J. Coleman III for The Religious Studies Project, Guthrie begins by outlining what it means to ‘explain religion’. He defines anthropomorphism as “the attribution of human characteristics to nonhuman events” and gives an example of this as applied to auditory and visual phenomena throughout the interview.

Without theories such as that presented by Prof. Guthrie, particularly in his book Faces in the Clouds (1993), the current move towards an empirical study of religious beliefs and behaviors would likely have never taken root in anthropology and religious studies. (Strong claim warning!) Without moving these disciplines into an arena where their claims are subject to falsification, they would not be able to participate in modern scholarship and would have made little progress since their founding in the 19th century.[1]

It was during my time as an undergraduate student at the 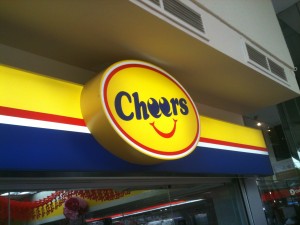 Admittedly, my first reaction to the theory was something along the lines of “so what, that’s fairly obvious”. That is until I started to supplement Guthrie’s ideas with those of Pascal Boyer (2001), in particular, his findings that “minimally counterintuitive” concepts (i.e. those concepts that violate our expectations of what should be) are more likely to be remembered. These two points combined go a long way toward explaining why religious concepts such as gods, spirits, ancestors, etc. are created and persist throughout human populations. It was at this point that I started to understand the elegance and true theoretical power of what Guthrie was moving towards: that due to the similarities of the human brain, which is an organ that functions similarly in humans cross-culturally, the mind is likely to produce patterns of belief and behavior in accordance with that functioning. Furthermore, this can be used as a foundation for creating an empirically viable cross-cultural study of contemporary and historical religious movements.

Shortly after that, I became very interested in a phenomena common to new religious movements: the deification of their leader as a god or sole proprietor of the divine. This phenomena (also known as apotheosis) can be observed in the leaders of many NRMs from Jim Jones of the People’s Temple/Jonestown (see Layton, 1999; Nelson, 2006; Reiterman, 1982), to Marshall Applewhite of Heaven’s Gate (see DiAngelo, 2007), to David Koresh of the Branch Davidians (see Newport, 2006; Tabor & Gallagher, 1997), to the Rev. Moon of the Unification Church (see Barker, 1984). This odd pattern held to many other religious groups in other cultures and historical periods (Lane, 2012); e.g. Early Christianity, Greco-Roman religion, many African initiated churches, and also NRMs in Asia such as Aum Shinrikyo. These patterns may be contextually unique, but similarities emerge when they are viewed at the level of human cognition, and Guthrie’s work largely set the framework for such an approach. After all, how can one have a scientific understanding of New Age religions (Lane, 2013a) or UFO cults (Lane, 2013b) without understanding the spirits, ‘energies’, UFOs, and extraterrestrials that inhabit those religious worlds? Guthrie provided, for the first time, a theoretical basis for such a research project.

Guthrie’s work is—in the religious studies world—standing on the shoulders of giants as he himself notes that the patterns that he describes are similar to those noticed by Spinoza, Hume, Tylor, and others from the fields of anthropology, philosophy, and religious studies. Guthrie’s ultimate contribution is situating this already-observed pattern within an empirically viable theoretical paradigm: that of evolutionary psychology. His work—as he mentions—was even the theoretical motivation for the Hyperactive (or ‘Hypersensitive’) Agency Detection Device (HADD); a cognitive mechanism now well known to the cognitive science of religion (see Barrett, 2004).

Guthrie’s work opens a “Pandora’s Box” to the scholar and student of religion. Not only does it act as a “gateway drug” for the Cognitive Science of Religion (CSR), it calls those interested in religion to begin to look at their subject through a different lens, one that is constrained by the empirical findings of psychology. Although “cognitive science” is more of an umbrella term that encompasses a dedication to understanding “information processing” generally and involves the fields of neuroscience, psychology, linguistics, computer science, and even history, CSR has mostly focused its efforts on empirical findings in psychology or utilizing the cognitive findings as an interpretive framework oftentimes focusing ultimately on semiotics or phenomenology. Ultimately, this rests shamelessly on theoretical commitments of epistemological positivism and scientific reduction, that is to say, the idea that we can actually know something and that observable phenomena can largely be reduced to their constituent parts (and that these parts can in turn act as objects of study). This is where you realize that inside of “Pandora’s Box” is Alice’s “rabbit hole”: if you reduce “religion”—as an evolutionary “spandrel” (a by-product that exists due to human evolution, but is not itself an adaptation)—can you reduce the cognitive mechanisms of your “spandrel” to the neuronal firings and neuro-transmitters of the brain? Can those interactions be reduced to the chemical reactions that govern the laws of biology? In one sense, these questions are easily answered with a practical statement: “no, we have neither the knowledge nor power (nor funding) to answer these questions in the foreseeable future”.

But, is there another answer to the overly-reductionist[2] tendencies of the empirical study of religion? I argue that there is. Guthrie places his theory solidly in the realm of evolutionary psychology. In the field of evolutionary studies, there are very strange things happening. For instance, the acceptance of complex and dynamic systems as commonplace often destroys the preconceived supremacy of linear thinking that is so ubiquitous in psychology. The idea that epigenetics is a very real force and that our experiences within our lifetime might affect the lives of our offspring, even to the genetic level, complicates the reductionist approach to anything operating within evolutionary studies.

Guthrie’s work, within an evolutionary approach, shows this point quite elegantly. The idea that we “anthropomorphize” signals in our environment involves three things: the raw input signal from the environment; the mental mechanisms that change the input signal (i.e. our “thinking” about the stimulus); and an output signal (such as the anthropomorphized representation in the mind). With this sort of system (operating in every human brain in a social group), even if the mechanism of perception were the same in each and every human brain (i.e. perfectly symmetrical), the fact that we experience different perceptions would allow for nearly infinite complexity by the time the cognitive system produces some output. This could be demonstrated by simply viewing something at a different angle, one which creates a face and one which doesn’t, as the “Martian face” on the cover of Guthrie’s book so brilliantly demonstrates (when light hits the mountain at a certain angle it looks like a face, but from other angles it does not).

This near-chaotic complexity may seem daunting, and rightly so, but scholars have already proposed theories of religious ritual systems that are compatible with both the broad theoretical claims of Guthrie (and directly utilize his work) but are also flexible enough to make predictions about the contextualized cultural forms that are observed in the historical, ethnographic, and now empirical records. While they have been viewed as competing but largely compatible theories, the work of Whitehouse on the theory of Divergent Modes of Religiosity (2000, 2002, 2004) and that of E. Thomas Lawson and Robert N. McCauley on ritual competence theory (Lawson & McCauley, 1990; McCauley & Lawson, 2002) both present structured arguments for the description and analysis of religious ritual systems that are amenable to the complexities of evolutionary perspectives (Atkinson & Whitehouse, 2011; Lane, 2011; McCauley & Lawson, 2002; Turchin, Whitehouse, Francois, Slingerland, & Collard, 2012).

In conclusion, Guthrie’s work was critical to ushering in a new period of study for scholars of religion; one which embraces both the abstract similarities and patterns noticed by early scholars such as Eliade (1959) and Durkhiem (1912) as well as the contextualized complexity so staunchly defended by cultural anthropologists. Guthrie’s work is situated between the two, in a tradition joined by scholars looking to test predictions with data first popularized by Stark & Bainbridge’s A Theory of Religion (1996) and being moved forward by research institutes such as the Institute of Cognitive and Evolutionary Anthropology and LEVYNA at Masaryk University, which push us into a brave new scientific world of supercomputers, big data, and a real understanding of the mind and what makes us human. It is this middle ground that also seems to be exciting droves of students to again take up the social sciences but in a way that is just as social as ever, but more scientific than its founders could have imagined.

Whitehouse, H. (2002). Modes of Religiosity: Towards a Cognitive Explanation of the Socioloplitical Dynamics of Religion. Method & Theory in the Study of Religion, 14, 293–315.

[1] Now that you’ve read the strong claim, a point of clarification: this is not to say that religious studies without any empirical focus is not useful. To the contrary, many of the theories produced by the history and philosophy of religions are very useful and have informed the empirical approach. I would suggest that the empirical and traditional forms of religious studies work together and that each is weaker without the other.

[2] I say “overly” because researchers who do brilliant scientific work might overlook how their findings contribute to an understanding of “religion” or reduce so far down that it doesn’t address anything about “religion” any more than it addresses any other human social phenomena.