From Secularisation to Religious Diversity: Understanding Religion in Europe

It may be said that secularisation has made the West religiously illiterate, in that it struggles to accommodate those who do not espouse its secular values, particularly the separation of religion from the state (la laïcité).In her interview with the RSP, Grace Davie provides a survey of the history of the discipline of sociology in the study of religion, and considers the manner in which it has developed in British universities, in contrast to European models.

Jennifer Griggs is an independent researcher, who completed her PhD on the hermeneutics of mysticism in relation to the Syriac Orthodox monastic tradition, at the School of Oriental and African Studies (SOAS), University of London. Jennifer has been a Research Associate with the Samvada Centre for Research Resources, New Delhi, since 2014.

Jennifer Griggs is an independent researcher, who completed her PhD on the hermeneutics of mysticism in relation to the Syriac Orthodox monastic tradition, at the School of Oriental and African Studies (SOAS), University of London. Jennifer has been a Research Associate with the Samvada Centre for Research Resources, New Delhi, since 2014.

In her interview with the RSP, Grace Davie provides a survey of the history of the discipline of sociology in the study of religion, and considers the manner in which it has developed in British universities, in contrast to European models. Religion, we are told, is located in societies, and is ‘not an abstract thing’, but very concrete. Sociology, as the study of society, is thus an appropriate methodology for the study of religion. In her definition of the sociological approach to religion, Davie provides the following aspects to its methodology – discovering data, the role of explanation and description, and, finally, policy applications. Davie sees sociologists as having a necessary social and legal function in advising governments, with sociological research having wider implications for the forming of policy at state level. Indeed it may be added here that sociological methods of quantitative and qualitative analysis dominate both public and private sector investigation into social trends. Social sciences are often able to represent their immediate relevance to policy-making more effectively than other disciplines, such as those of the humanities.

Davie points out that the founders of sociology emerged at a time of profound change and even crisis in Western society, with the industrialisation and urbanisation of pre-modern society. For Davie, the late 19th and early 20th century scholars who made the major contributions to understanding these changes were: Marx, Durkheim, Weber, and Simmel. Indeed these figures represent the ‘founding fathers’ of the discipline of sociology, but it remains to be considered how this discipline relates to the study of religion. Davie makes a clear distinction between the later development of the study of religion, which she associates with contemporary figures such as Ninian Smart, and the foundations of the sociology of religion.

Finally, Davie considers the future direction of the sociology of religion and suggests there are many possibilities, but these should focus on two main themes – how European societies manage the trend towards religious diversity along with the trend towards secularisation. She also suggests that the relation of the sociology of religion to politics and history should remain of utmost importance, so that the sociology of religion can maintain its influential role in policy-making and governance. Sociologists must, she says, be ‘politically literate’ and seek to overcome the ‘religious illiteracy’ that has become prevalent in modern society. It could be argued that this religious illiteracy relates precisely to the disjunction between the two main trends that Davie believes are important for the study of religion – the move towards religious diversity and the move towards secularisation. A deeply secular society and system of governance such as France, becomes less able to tolerate the beliefs and practices of different religious groups that do not conform to its Republican values of liberté, égalité, fraternité and la laïcité. The French model of secularity is discussed by Charles Cameron in his article for Lapido Media – a media charity that seeks to promote religious literacy in policy-making and governance. While French secularity, la laïcité, goes much further than the British form, Cameron argues, in prohibiting any influence of religion on the state, this secularism excludes those whose participation in society is guided by their religious background – particularly the French Muslim population.

Davie mentions her own research into religion in Britain and the importance of gender differences, but there are other significant religious divides in British society, aside from that demarcated by gender, between communities belonging to different religious traditions who don’t appear to understand each other, and between whom there is even hostility. Davie points out the limitations of traditional social theory in the academy – that the West has a habit of imposing its own model of religion and understanding of the sociology of religion through its own history of secularisation on other non-western cultures. However, this problem of methodology is indicative of a more substantive one, that with a more religiously diverse population that may not subscribe to modern secularism, Europe finds itself faced with conflicting views about social values. It may be said that secularisation has made the West religiously illiterate, in that it struggles to accommodate those who do not espouse its secular values, particularly the separation of religion from the state (la laïcité). As secularisation no longer appears the end point in the development of a modern society, we must find alternative theories to those established by Davie’s founding fathers of sociology. Indeed it is the comparative study of other social models, not subject to the same distinctions of the religious from the secular that have emerged in the West, which will contribute to understanding the problems that have been posed by increasing religious diversity in Europe. 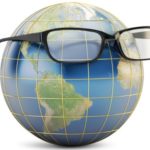 Ann Taves joins us to discuss her work arguing that we should study religions under the broader rubric of "worldviews" and "ways of life". This ambitious interdisciplinary project aims to place a micro-level analysis of individual worldviews into a broader evolutionary perspective.

In this interview, we discuss the broad topic of diversity, contrast this with concepts of 'difference', and ask what on Steven Vertovec might mean by the concept of 'super-diversity' (2007). We then ask why scholars might be interested in situations of 'religious diversity',...

Is there something particular about religion which makes it a more potent ‘violence enabling mechanism’ than other factors? Are some religions more likely to inspire violence than others? And why should scholars even care? In this interview, Chris discusses these issues and more with Professor Brian Victoria, who, in addition to his scholarly credentials, is a fully ordained Zen Buddhist priest.

‘Religion is Natural and Science is Not’

Communicating with your favorite God or gods, forest spirit, or Jinn - easy. Postulating that the entire universe is held together by theorizing the process of quantum entanglement, informed from a personal commitment to philosophical a priories, which are based on measurements of the physical properties of said universe – harder.