"Since the 1960s, critiques of scientific rationalism and technocracy have not withered away but have only expanded and have, in the process, diffused from the libertarian left to the new populist right," writes Professor Dick Houtman in this response to our December 2nd episode, "Unbelief as a Nuanced Phenomenon." 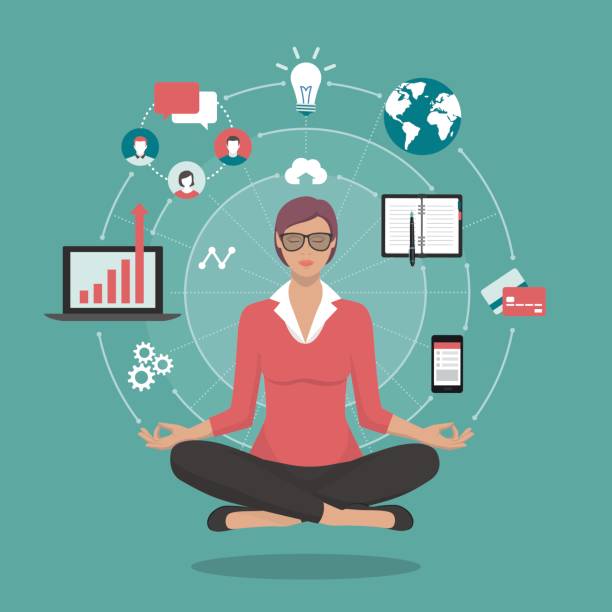 Dick Houtman is Senior Full Professor of Sociology of Culture and Religion at the Center for Sociological Research, University of Leuven, Belgium, and faculty fellow at Yale University’s Center for Cultural Sociology, where he was a visiting fellow during the academic year 2012-2013. He is a member of the editorial boards of Journal for the Scientific Study of Religion, Sociologie, and Annual Review of the Sociology of Religion. Dick Houtman’s principal research interest is cultural change in the West since the 1960s, particularly in the realms of politics (the emergence of a political culture that foregrounds culture and identity rather than economic class interests) and religion (the shift from institutional allegiance, religious belief and doctrine to spiritual experience). More generally conceived, he is interested in the multifarious cultural manifestations and the wide-ranging social consequences of a Romantic turn that has profoundly transformed the West since the 1960s.

Dick Houtman is Senior Full Professor of Sociology of Culture and Religion at the Center for Sociological Research, University of Leuven, Belgium, and faculty fellow at Yale University’s Center for Cultural Sociology, where he was a visiting fellow during the academic year 2012-2013. He is a member of the editorial boards of Journal for the Scientific Study of Religion, Sociologie, and Annual Review of the Sociology of Religion.

Dick Houtman’s principal research interest is cultural change in the West since the 1960s, particularly in the realms of politics (the emergence of a political culture that foregrounds culture and identity rather than economic class interests) and religion (the shift from institutional allegiance, religious belief and doctrine to spiritual experience). More generally conceived, he is interested in the multifarious cultural manifestations and the wide-ranging social consequences of a Romantic turn that has profoundly transformed the West since the 1960s.

Unbelief as a Nuanced Phenomenon: The Sociality of Nonreligion across Europe

Unbelief has often been defined as either ignorance or rejection of religious systems, but this week's guests David Herbert and Josh Bullock see far more diversity in the ways one can be nonreligious based on their research on Gen Y in Europe.

“After Secularization: Unbelief in Europe” by Dick Houtman

Now that secularization has made non-religiousness the default option in large parts of Europe, the time has come to study what exactly this non-religiousness entails. This is the aim of Herbert and Bullock’s comparative project on ‘unbelief’ (as they prefer to call it) in contemporary Europe: mapping its manifestations and explaining its cross-national variation (see the interview podcast on this website). In what follows I identify what I see as the critical theoretical issues and suggest explanations for observed cross-national differences.

Secularization theory conceives of virtually anything that differs from traditional Christian religion as ‘non-religious’, ‘less religious’, or not ‘really religious’. The theory as such plays a major role in processes of religious authentication, i.e., forging discursive distinctions between ‘real religion’ and ‘less than real religion’ (Woodhead 2010). It in effect foregrounds similarities between manifestations of unbelief at the neglect of their differences, which is why in studies of unbelief it needs to be used with caution. In what follows I focus on varieties of unbelief that entail non-religious worldviews, inform cultural and social identities, and affect society beyond the strictly private realm. In doing so, I follow Weber’s (1963 [1922]) and Durkheim’s (1995 [1912]) classical distinctions between magic and religion, with the former addressing mere personal problems, often practical ones, and only the latter defining community (Durkheim) and offering salvation from suffering by pointing out what is good and what is bad, what should be done and what should be abstained from (Weber).

Secularization theory holds that religion gradually loses its social significance, which implies that secularization fosters religious indifference, as Steve Bruce (2002) has correctly observed. For in secularized societies there is simply not enough left of religion’s power to annoy the non-religious, let alone to make them suffer and incite opposition to religion. Indeed, when a century ago socialists identified religion as backward, irrational and ultimately evil, they precisely did so because of its massive public presence and power. Under these circumstances being non-religious almost inevitably amounted to being anti-religious, a pattern that exists until the present day in the still massively religious contexts of Southern-Europe as compared to North-Western Europe (Ribberink et al. 2013). The same applies to countries like Poland and Ireland today, where Catholicism has persisted because it has become a crucial marker of national identity and has as such found other work to do than relating people to the supernatural (Wallis & Bruce 1992). What secularization theory predicts, in short, is that in countries where religion has persisted, unbelievers tend towards militant anti-religiosity, because religion and anti-religious atheism thrive and decline in tandem (McGrath 2006).

Another issue, equally important from a theoretical point of view, is how those concerned justify their anti-religiosity. Sociological accounts of secularization often assume the unfolding of a process of rationalization that pushes back religion, with science and technology gradually taking over. This suggests that anti-religious postures and identities are typically legitimated by the authority of science, but it remains to be seen whether and where this still holds. For in the past half century in particular the most secularized Western-European countries appear to have witnessed a decline of the authority of science alongside that of religion. Back in the 1960s the so-called ‘counter culture’ critiqued science and technocracy as standing in the way of freedom rather than expanding it (for a philosophical elaboration see Horkheimer & Adorno 2002 [1944]). Since then, critiques of scientific rationalism and technocracy have not withered away but have only expanded and have, in the process, diffused from the libertarian left to the new populist right (Houtman et al. forthcoming).

Yet, a few small-scale studies by students of mine suggest that anti-religious atheists in Belgium still rely heavily on the quintessential modern binary of ‘rationally informed scientific knowledge’ versus ‘irrational religious belief’ as well as on the modernist notion that science and knowledge bring progress, emancipation and freedom. I must confess that these findings came somewhat as a surprise to me, because they fly in the face of post-Frankfurt-school postmodernism, which disqualifies scientific and religious truth claims alike as not so much ‘true’ and ‘neutral’, but rather as embedded in discourses bound up with power and sustaining inequality. So how does this matter stand? Do justifications of anti-religiosity other than modern and rationalist ones play a role at all today beyond the postmodern left in the human sciences in academia?

Finally, newly emerged spirituality talk has attracted much attention in the past decades (Heelas and Woodhead 2005). Christian and secularization perspectives alike understand it as a manifestation of secularization, due to its allegedly privatized and individualized character. And indeed, those who espouse the discourse of spirituality pride themselves on their unbelief and are eager to escape the ‘religion’ label (“No, I am not religious: I want to follow my personal spiritual path”). This dismissive stance vis-à-vis religion entails religious boundary work aimed at distancing oneself from old-school Christian religion. Yet, the ‘spiritual, not religious’ moniker obscures how this spirituality entails an inner-worldly mysticism that constitutes a religion in and of itself, as Ernst Troeltsch already pointed out a century ago (1992 [ 1912]; see also Campbell 1978). It differs from traditional Christian religion in at least three fundamental respects, though: (i) In how the sacred is conceived (as an omnipresent immanent spirit or life force rather than a transcendent personal God); (ii) In how the religious truth can be appropriated (by personal experience or ‘gnosis’ rather than ‘belief’); and (iii) In how salvation from suffering can be attained (by listening to one’s ‘inner voice’ and aiming for personal authenticity and authentic selfhood rather than conforming to externally imposed demands) (Aupers & Houtman 2006, Houtman & Tromp forthcoming).

The various manifestations of unbelief differ widely in their capacity to forge group identities and play out beyond the strictly private realm. Superstition and religious indifference do not do so, which is why they are less important from a societal, political and sociological point of view. Anti-religious atheism, on the other hand, matters a lot beyond the private realm. It accuses religion of humiliating and damaging groups with identities that are considered deviant on religious grounds (e.g., women who dismiss traditional mother-caretaker roles or members of LGBTQ communities), especially so in less secularized parts of Europe. Incited by this understanding of religion as making the world a worse rather than a better place anti-religious atheism easily fosters organization and encourages political action.

Despite the still popular notion that contemporary spirituality is too privatized and individualized to have much social significance, this has become increasingly difficult to maintain. Surely, spirituality’s very character stands in the way of loyalty to church-like organizations and religious doctrines, but it does boast loyalty to what Campbell (2002 [1972]) has called ‘the cultic milieu’, a milieu to which the western mainstream has increasingly opened up. In the process, it has become clear that the public role of spirituality differs significantly from the ideological and political role that Christian religion used to play, and in many countries still plays. Guided by the spiritual motto, ‘One does not need to be sick to become better’, the public role of spirituality is more therapeutic than ideological and is played out in realms that range from work (Aupers & Houtman 2006, Zaidman 2009) to health care (Raaphorst & Houtman 2016, Zaidman 2017) and education (Brown 2019).

McGrath, Alister. (2006). The Twilight of Atheism: The Rise and Fall of Disbelief in the Modern World. New York: Doubleday.

Raaphorst, Nadine & Dick Houtman. (2016). A Necessary Evil That Does Not ‘Really’ Cure Disease: The Domestication of Biomedicine by Dutch Holistic General Practitioners. Health: An Interdisciplinary Journal for the Social Study of Health, Illness and Medicine 20 (3): 242-257.

Woodhead, Linda. (2010). Real Religion and Fuzzy Spirituality? Taking Sides in the Sociology of Religion. In Stef Aupers & Dick Houtman (Eds), Religions of Modernity: Relocating the Sacred to the Self and the Digital (pp. 31-48). Leiden: Brill.