When Adogame rhetorically asks, “which kind of Christianity is authentic,” he implies that conversations on religious authenticity revolve around evaluating various strains of interpretation and practice. Or, put another way, that religious authenticity is a matter of orthodoxy and orthopraxy. But is it? A highlight of Afe Adogame’s interview is his emphasis upon the brimming capacity for African Christianities, whether in Western or African settings,... 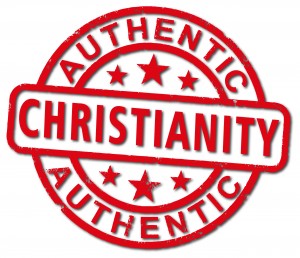 Emily Stratton is a PhD student in religious studies at Indiana University, Bloomington. With a primary focus upon contemporary African Christianities, she is also an active participant in the university’s African Studies Program. Her interests include relationships between religion and economics, mass media, and the public sphere, as well as religious authenticity, identity construction, scholarly taxonomies, and broader trends in Christianities around the world.

Emily Stratton is a PhD student in religious studies at Indiana University, Bloomington. With a primary focus upon contemporary African Christianities, she is also an active participant in the university’s African Studies Program. Her interests include relationships between religion and economics, mass media, and the public sphere, as well as religious authenticity, identity construction, scholarly taxonomies, and broader trends in Christianities around the world.

African Christianity in the West

‘Africa’. ‘Christianity’. ‘The West’. Three seemingly simple terms with clear referents. Three categories which – perhaps unsurprisingly, to regular listeners of the RSP – have been, and continue to be, associated with and invoked in support of myriad competing agendas, truth claims, ideologies, and more.

A highlight of Afe Adogame’s interview is his emphasis upon the brimming capacity for African Christianities, whether in Western or African settings, to contribute to the broader, age old discourse on religious authenticity. Adogame asks, “which kind of Christianity is authentic?” Certainly, as he asserts, to answer this question as a scholar is to make a loaded theological statement, and I would add, to also assume a rather provocative level of religious authority. Nevertheless, the question is important for both the practitioner and the scholar.

Presently, many Westerners (and Africans) address Christianity’s place in contemporary Africa as a colonial import. A subsequent repercussion is that Western forms of Christianity are referenced as the normative standard bearers for Christian authenticity. Indeed, in some parts of Africa, people refer to mission-based mainline Protestant and Catholic churches as “orthodox” churches. From this perspective, the question of “which kind of Christianity is authentic” is less about critically examining issues in authenticity and more about asking whether indigenously-led Christianities ought to be treated as legitimate expressions of Christianity, or as exotic Africanized pseudo-Christianities.

This latter point is an excellent one, although I do not think that Adogame has taken it quite far enough. When he speaks of “the West” in this interview, he refers only to Europe, which inadvertently discounts the significance of Africa’s relationship with North America. Might we also consider contemporary African Christianities as “African interpretations of Americanized Christianities” or, perhaps even, “African interpretations of American adaptations of Europeanized Christianities?” My intention is not to get caught up in petty linguistic criticisms, but it is important to acknowledge the drastic differences between North American forms of Christianity and those of Europe, as well as North American relationships with Africa and those between Europe and Africa. These differences significantly affect the forms and trajectories of Christianites in Africa, including the growing presence of African ministries in Western settings.

While Adogame mentions that many African Christians today perceive Europe to be a religiously “dark continent,” I have not found the same sentiments to be very consistent when applied to North America, particularly the United States. Rather, many African Christians, especially those in the booming Pentecostal-Charismatic sector, look to American evangelical leaders for ideas on missions strategies, organizational structures, styles of preaching, as well as Christian thought and theology. This is not to say that Africans in the Pentecostal-Charismatic sector uncritically mimic thriving forms of American Christianity, but the parallels cannot be ignored when viewing the growth of the African Christian self-help literature, franchise-style church institutions, televangelism, and prosperity gospels.

Nevertheless, Adogame’s commentary makes a strong case as to how studies of African Christianities can elevate current approaches to authenticity, and I stand in full agreement. Because of Africa’s place within the longue durée of Christian history, its complicated relationships with colonial powers and missions projects, as well as its recent role in “reverse missions,” African Christianities are particularly well-positioned to elucidate issues in power, religious authority, and the ways in which religious interpretations and practices are culturally informed. All of these factors can significantly contribute to any discourse on religious authenticity.

A recent ethnographic project of mine examines what I call a “fake pastor phenomenon” in Ghana. One of the most densely Pentecostal-Charismatic places in the world today, the nation is experiencing an eruption of quackery accusations aimed at leaders in Pentecostal-Charismatic ministries from local street evangelists to African celebrity pastors such as TB Joshua or Enoch “Daddy G.O.” Adeboye. It is truly a media sensation, with fiery accusations and juicy exposés reported nearly daily in local press and tabloid sources, comedians and rappers mocking “fake pastor” prototypes, and Ghanaian film industries frequently featuring a “fake pastor” character in their plotlines. But, it is also a focal point of community gossip. Many worry that African Christianity is being run amok by charlatans. There are numerous circumstances in which a Pentecostal-Charismatic leader may rank among the accused, but the general premise is that “fake pastors” are those who are perceived as abusing their position of religious authority for the sake of personal (usually financial) gain.

One of the things that I like so much about the “fake pastor phenomenon” is how well it wonderfully complicates questions of authenticity. It places issues of sincerity and intentionality center stage, reminding us that there are more dimensions to the authenticity discourse than questioning orthodoxy and orthopraxy. I also like the “fake pastor phenomenon” for its implications in the West. What does it mean when leaders of African churches, like Bishop Kofi Adonteng Boateng and his Virginia-based Divine Word International Ministries, are accused of “fakery?” What does it mean when influential platforms in the West such as the evangelically-inclined periodical, Christianity Today, feature a Ghanaian news dispatch that condemns religious quackery in Ghana while simultaneously attempting to bracket mainline denominations from the phenomenon?

Most of all, I like the “fake pastor phenomenon” for its implications for responsible scholarship. How are we, as scholars, to consider “fake pastor” accusations when illustrating forms of contemporary African Christianities? When building (or deconstructing) taxonomies? When theorizing trends in global Christianity?