Kicking off our Season 11 Response essays, Robyn Faith Walsh builds on Willi Braun's discussion of the emphasis on origins in New Testament studies to explore the strategic use and employment of Paul's letters in the history of Christianity. 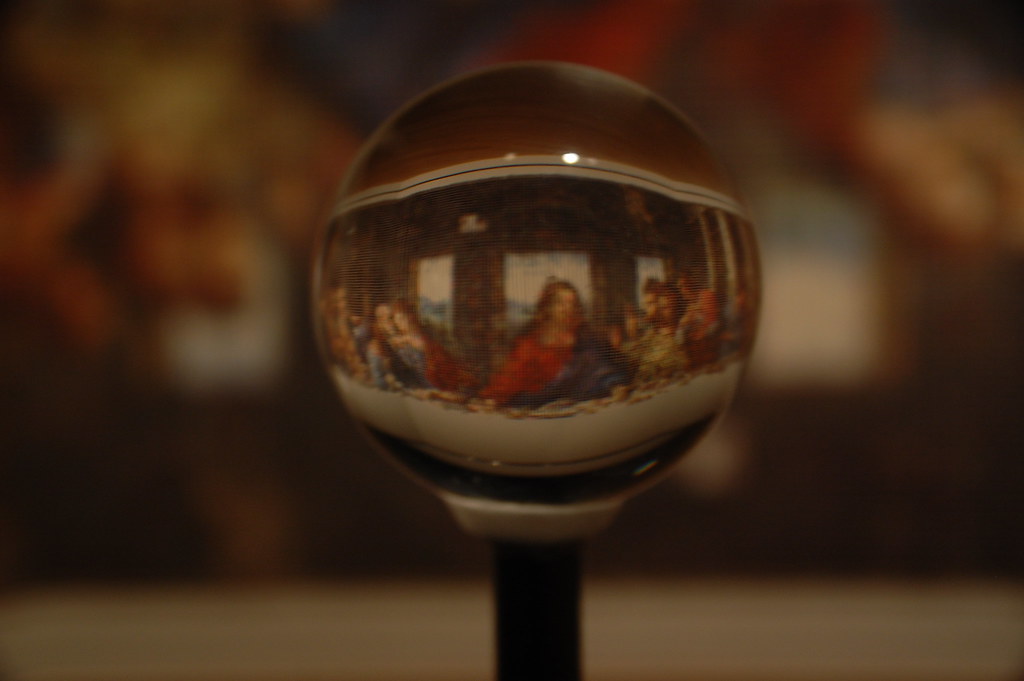 Robyn Faith Walsh is Associate Professor of New Testament and Early Christianity at the University of Miami in Coral Gables, Florida. Her first book The Origins of Early Christian Literature (2021) was recently published with Cambridge University Press. She has also published numerous articles, book chapters, and other pieces on Greco-Roman literature and archaeology. She is an editor at The Database of Religious History (DRH), on the advisory board for the forthcoming, Urbs and Polis, and holds administrative roles for the Society of Ancient Mediterranean Religions (SAMR) and the group Redescribing Christian Origins.

Robyn Faith Walsh is Associate Professor of New Testament and Early Christianity at the University of Miami in Coral Gables, Florida. Her first book The Origins of Early Christian Literature (2021) was recently published with Cambridge University Press. She has also published numerous articles, book chapters, and other pieces on Greco-Roman literature and archaeology. She is an editor at The Database of Religious History (DRH), on the advisory board for the forthcoming, Urbs and Polis, and holds administrative roles for the Society of Ancient Mediterranean Religions (SAMR) and the group Redescribing Christian Origins.

In the Protestant myths of Christian origins, it is Paul who stands at the centre and is the holder, the keeper of the myth of an imagined, pristine, pure Christianity. Paul holds it. Paul protects it… I’m a bit, as you know, a bit of a bird photographer… And the perfect bird picture is when you isolate the bird on a branch and there is separation from the bird and the background, which might be a forest or a field, so that when you take the picture, the bird is in perfect, sharp focus and the background is entirely blurred, like creamed honey… I sometimes see backgrounds in those terms. You know, here we have Christianity standing in all its glory and precision and detail and largeness against a very blurry background. It seems to want to show that Christianity is unique.

Willi Braun’s Religious Studies Project interview with Andie Alexander regarding Braun’s recent essay collection Jesus and Addiction to Origins; Toward an Anthropocentric Study of Religion poses a number of arresting and pointed challenges, both to the field of early Christian studies and to the study of religion more broadly. Among his well-founded and exacting critiques of the “almost fetish-like” pursuit of “origins” within the guild and its attendant “protectionism,” is his observation that “Protestant scholarship… [places] an extraordinary emphasis on Paul.” By preserving Paul as the anachronistic figurehead of “an imagined, pristine, pure Christianity,” scholars deploy Paul as an avatar for legitimizing proto-orthodox opinion and theological aspirations for the beginnings of Christianity— a particularly salient point given the continued domination of Protestant-influenced interpretations and methodologies in the field.

The best evidence in support of Braun’s position is in the fact that scholarship on early Christianity has gone to great lengths to separate Paul conceptually from our other “earliest” extant evidence for the so-called Jesus movement: the synoptic gospels. Integral to the field’s preoccupation with origins is the claim that Paul is “at the centre” of a foundational myth and of a landscape littered with competing leaders and apostles, rival Jesus groups, itinerant preachers, rogue scribes, circulating sayings-sources, various oral traditions and translations, multiple 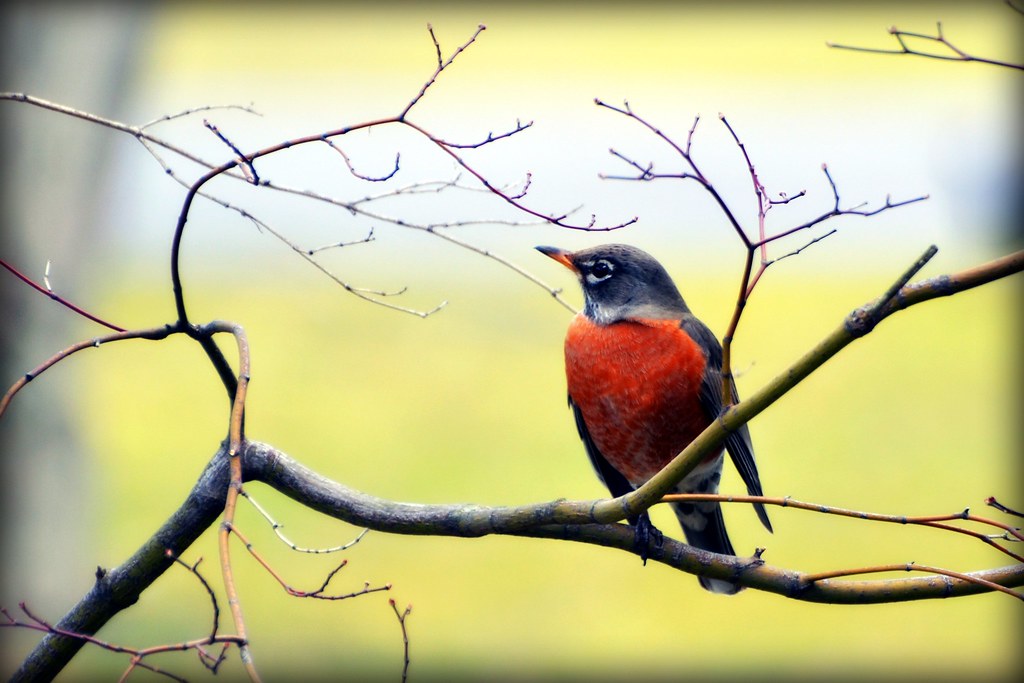 redactors, and cohesive communities. It seems it is not enough for early Christianity to be unique—in “sharp focus” against a blurred cultural background “like creamed honey”—it must also be multiple, widespread, and diverse. It is not enough for Paul’s letters to represent a self-evidently “pristine, pure” version of Christianity; Paul must also vie for authority and win. Yet, as Braun notes elsewhere in the interview, there is no concrete evidence for any established groups beyond those to whom Paul writes. “We have absolutely no information, no evidence for communities that stand behind the Gospels, for example,” says Braun. Nonetheless, scholars posit that there are communities behind the gospels for little reason beyond blind assumption.

Stan Stowers’ “The Concept of ‘Community’ and the History of Early Christianity,” which appeared in the journal Method & Theory in the Study of Religion in 2011, offers a convincing critique of the gospel communities hypothesis. I attempted to build upon Stowers’ thesis in my own recent book The Origins of Early Christian Literature (CUP, 2021). In it, I argue that the most influential social networks on the gospel writers were not a community of fellow Christians. Rather, the gospel writers were most influenced by other authors and associated literate agents and networks. A central conceit of this research is that we must simplify our understanding of how gospel literature was produced. Putting aside the overly elaborate—and highly theological—scenario of eyewitness, oral tradition, and so forth, what materials can we conclude were actually at the gospel writers’ disposal?

It is perplexing that we have largely excluded Paul as a piece of comparanda for the gospels. Paul is most often analyzed as a separate entity, as a predicate for Christianity’s later breadth and cohesion. Thus, we find scholarship that speaks of firm distinctions between Pauline Christianity, Johannine Christianity, Thomas Christianity, and so on. Each of these so-called “Christianities” is then linked to a unique set of interests, texts, and groups. Terms frequently used to describe this phenomenon are “trajectory” or “diversity,” meaning that Christianity rooted and developed in various geographic spaces throughout the Mediterranean world. In practice, this description of early Christianity is akin to religious pluralism, a modern category that fits much more comfortably with contemporary Protestant taxonomies than with the first-century Jesus movement.

A truly historical description of the first century Jesus movement and the plausible processes of the gospel writers must begin with the possibility that the earliest extant details about Jesus, his teachings, activities, and the significance of his death were based on our only secure data point: the letters of Paul. Like any ancient source, Paul’s letters are not without their problems (e.g., a complicated manuscript tradition, imprecise translation and terminology issues, and so on). However, by retroactively casting the Jesus of the gospels as the origin point of early Christianity, we misunderstand where our evidence begins. Yet the gospels remain the starting point even for the most widely-used textbook in our field.

I would like to use the occasion of Braun’s interview as an opportunity to engage in a thought experiment. Is an “extraordinary emphasis on Paul” justifiable if we recognize that his letters were likely used by the gospel writers? And is it possible to do this without resorting to the fanciful notion of a diverse, pluralistic, and widespread network of cohesive early Christian groups?

The ahistorical nature of our traditional social models is evident in scholarly discussion about Paul’s quoting of Jesus. While there are several examples, allow me to focus on what is traditionally called the Last Supper. In 1 Cor 11:23-25, Paul details the events “on the night [Jesus] was betrayed,” including his words as he broke bread and offered wine as a “new covenant.” This same description of events—and nearly the same wording—also appears in Mark 14:22-25, Matthew 26:26-29, and Luke 22:15-20. One common argument against the idea that the gospel writers could have been using Paul to inform this passage is that, when quoting Jesus, Paul frequently discloses that he has received these sayings “from the Lord” directly. In other words, Paul indicates that he is receiving these commands through some form of divination. He does not attribute these sayings to any other authority in a position to have spoken directly to Jesus or to have been present at the events described (e.g., James or Peter). In short, scholarship has tended to gloss over the significance of Paul’s claims that he is, evidently, receiving privileged intel from the risen Christ. Indeed, Paul is clear that his knowledge of this event and Jesus’ words is supernatural: “For I received from the Lord (γὰρ παρέλαβον ἀπὸ τοῦ κυρίου)…” (1 Cor 11:23). Here Paul utilizes language found elsewhere in his letters (e.g., Galatians 1:12) to indicate his knowledge is via “revelation” (xἀποκαλύψεως) and “neither from another human being, nor was I taught (οὐδὲ γὰρ ἐγὼ παρὰ ἀνθρώπου παρέλαβον αὐτό, οὔτε ἐδιδάχθην).”

Curiously, the HarperCollins Study Bible includes the following comment: “Paul repeats and comments on the words with which, according to tradition, Jesus at his last supper distributed bread and wine.” The note continues: “From the Lord, not from Jesus directly, but by way of the church’s liturgical tradition.”

“Liturgical tradition” is often assumed to be a primary source for the gospel writers, not Paul’s letter(s). In making this assumption, scholars have been highly selective in their recognition of Paul as a “source” for the gospels. They seem to favor awkward, anachronistic explanations or theories about oral tradition to get at the historical Jesus, rather than considering the data in front of them. Again, that at least one of the Greek-speaking gospel writers would have used Paul to help construct their bios is a much more linear argument than one that relies on oral traditions, itinerant preachers, ambitious scribes, “trajectories,” and cohesive religious communities.

Another scholar noted by Braun in his interview, William Arnal, offers the following caution in his piece “The Collection and Synthesis of ‘Tradition’ and the Second-Century Invention of Christianity”, also found in Method & Theory in the Study of Religion (2011):

“… by identifying the scattered, distinct, and theologically unrelated documents that happen to appear in the New Testament as collectively originary for that later social movement known as ‘Christianity,’ we imply some sort of unity of conception or agenda behind them, and so assume that to at least some degree the ideas or at least core commitments and convictions found in one text might be taken for granted in other texts in which they do not actually appear.” (194)

The concern Arnal expresses here is well-founded. Our historical analyses of the New Testament should not reinforce the anachronistic, invented traditions of subsequent generations. However, I would add that attributing the literary content of our first-century, post-War Jesus bioi to “pre-Pauline” oral traditions, “trajectories,” and so forth is an even more overt method of inventing tradition. Rather, I suggest we should ask ourselves what strategies second century inventors of Christianity might have had in mind when compiling the letters of Paul with certain bioi of Jesus into canon. It is tempting to believe that these writings were chosen because their content was clearly built on the only writings about Jesus we know pre-dated the War. So, then, perhaps the protagonist of the gospels was necessary to ‘pave the way’ for Paul. But we should not mistake this second century reinvention of these writings as the beginnings of their history.