Muslim students experience the Islamic Religious Education classroom as an in-between space where they can ask questions that they feel are too delicate to be discussed in religious communities or even with their parents but need to be discussed with an adult who is an insider of their tradition but also understand their everyday life at school. 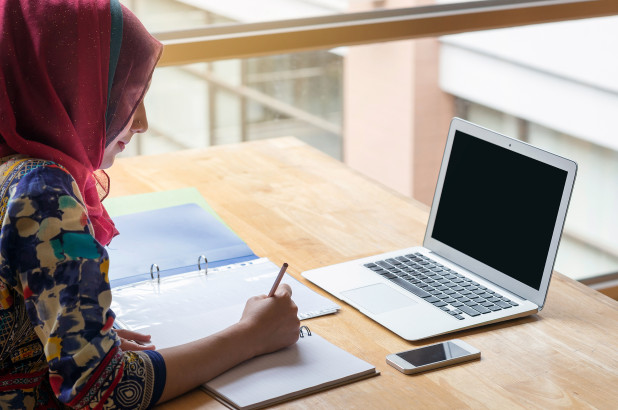 Preserving identity and empowering women. How do Canadian Muslim schools affect their students?

In this interview, Dr. Jasmin Zine talks about Muslim schools in Canada and their impact on their students’ identity development and integration in the society. Having served for decades as a tool to preserve a particular religious identity, Islamic schooling also plays a crucial role in empowering female students. In some cases, Muslim schools have become a safe haven, especially for women, “a place where their identity is not in question, where they can feel safe and comfortable”.

In this interview, Prof. Jasmin Zine discusses her research into Canadian Muslim schools and brings forth the role of these schools as safe havens for young Muslims to develop their identities. Generally speaking, it is vital to discuss and research schools as spaces where identity, belonging, and citizenship are continuously shaped through everyday discourses and practices. Schools mediate the legal recognition of minority rights by the state, and often by looking at the way in which religious and cultural minority groups are recognized and their identities supported in the educational system, one quickly gets a sense of the level of multiculturalism policy adoption in the country in question. Religious schools can be regarded as one good way to realize religious freedom and recognize minorities. In Europe, many Islamic schools have been found to have high aims for supporting responsible citizenship and social cohesion (see e.g. Rissanen & Sai, 2017). As Prof. Zine discussed in the interview, Muslim parents’ decision to send their children to Muslim school is often based on experiences of discrimination and Islamophobia in the public schools, as well as their willingness to ensure strong grounding for their children’s identities. However, there are also alternative ways of creating safe educational spaces that support the often more complex value and identity negotiations of minorities; Finnish solutions of accommodating Muslims in its educational system, which I have researched, offer here an interesting point of comparison.

Both Finland and Canada have been ranked as countries with “strong multiculturalism policy,” (Multiculturalism Policy Index 2010). However, there are no Islamic schools in Finland and very few other religion-based schools. The Finnish national core curriculum for basic education states that the different cultural and religious identities should be supported in school. Students have a right to religious education according to their own religion if at least three students who belong to the same tradition reside in the same area and their parents make a request. Thus, most Muslim students in Finland participate in Islamic religious education (IRE) as a compulsory school subject. Those Muslim students I have interviewed in my research have described IRE lessons as a “safe haven” during the school day where they don’t have to defend their identities to outsiders and receive peer-support from other Muslims of their age. Furthermore, they experience IRE classroom as an in-between space where they can ask questions that they feel are too delicate to be discussed in religious communities or even with their parents but need to be discussed with an adult who is an insider of their tradition but also understand their everyday life at school. I observed IRE teachers being bombarded with questions, for instance, about alcohol, dating, career choices, and how to relate to other religions and worldviews. Islamic religious education is not only an Islamophobia-free zone, it is emerging as a space where the compatibility of Muslim identity with Finnish citizenship and with modern Western democracies is negotiated ‘bottom up’ (Rissanen 2012).

Going to a Muslim school definitely offers a lot more comprehensive support for identities than participating in an IRE lessons once or twice a week and includes the possibility of having an Islamic perspective also in the study of secular subjects. However, the advantages of educating Muslims in public schools and offering IRE there is that doing so tends to normalize Muslim identities in the public sphere. Also, many other European countries include Islamic religious education in the curricula of their public should (see e.g. Berglund, 2018) – though sometimes, plainly, as a measure of securitization. Nevertheless, the fact that the state organizes Islamic religious education in public schools is a powerful sign that Muslim identities are regarded as legitimate and also that they can be expressed in the public sphere; both Muslim students and teachers I have interviewed have reflected on IRE as an act of recognition by the Finnish state. Furthermore, in my comparative study between Finland and Sweden (Rissanen 2018, Rissanen in press, I found that the existence of Islamic schools in Sweden sometimes indicated less space for negotiation in public schools due to the opportunity to ‘outsource’ religious rights to religious schools: if Muslim parents or students expressed religion-based needs that the principals were unwilling to accommodate, the principals often endeavored to legitimize their authoritative stances by stating that the parents can always send their children to Muslim school if they were not happy with the school policies.

The questions concerning inclusion of Muslims in public education are part of the wider debate related to the public role of religion. Many scholars have started to talk about the emergence of a post-secular society (e.g. Habermas, 2008). The notion of post-secularity does not indicate that more people are becoming more religious, but it acknowledges the increased issue salience of religion and the need to pay more attention to the intersections of religion and citizenship in contemporary liberal democracies. The academic criticism of the secular normativity and religion-blindness in European schools has pointed out how the hegemonic secular narrative includes false claims of neutrality, does not recognize its own Christian roots, and misrecognizes religious identities in a way that sometimes leads to discrimination (e.g. Fernando 2010; Berglund, 2017; Rissanen 2018, Rissanen in press). The presence of religious minorities in schools is needed to counter this illusion of neutrality: the risk of having religious minorities educated in faith-based schools is that doing so allows the public mainstream schools – and their students – to remain “religion-blind.”  Public schools can also become spaces for the much-needed complementary learning processes between secular and religious citizens, where religious minorities have agency to participate in the bottom-up cultural production of multicultural citizenship. Students, of course, should not be expected to serve as representatives of their religious or cultural groups in public schools – it is not their responsibility to “multiculturalize” or educate the majority members. However, when public schools are demanded to ensure support for all students’ identities without the opportunity to outsource this support to faith-based schools, it becomes more necessary for them to recruit teachers representing different minorities. For instance, IRE teachers in Finland often (willingly) serve as “cultural brokers” in the school communities – they increase the level of cultural and religious literacy in the school, consult other teachers and principals, and are able to contribute to the grass-root level negotiations on multicultural citizenship. Thus, having IRE in schools contributes to the development of two kinds of spaces of negotiation that both are vital in the present post-secular context: a safe space for the insiders of religion to negotiate their tradition in relation to the present cultural context and a space where representatives of a tradition (teachers) can demand agency and help to develop an inclusive school culture.

Rissanen, I. (2018). Negotiations on inclusive citizenship in a post-secular school: Perspectives of “cultural broker” Muslim parents and teachers in Finland and Sweden. Scandinavian Journal of Educational Research. doi: 10.1080/00313831.2018.1514323

Rissanen, I. (in press). School principals’ diversity ideologies in fostering the inclusion of Muslims in Finnish and Swedish schools. Race Ethnicity and Education.