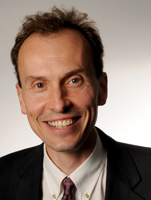 Before being appointed to the University of Edinburgh, Jolyon Mitchell worked as a producer and journalist for BBC World Service and BBC Radio 4. As Director of the Centre for Theology and Public Issues he directs a number of research projects and helps to host a wide range of public lectures and events.