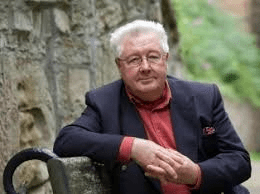 I am both an anthropologist and theologian with theoretical and practical interests. After an initial degree in Anthropology at Durham I engaged in my first research on Mormonism at the Oxford Institute of Social Anthropology under the supervision of the sociologist Bryan Wilson. I then read a theology degree at Durham and shortly afterwards became Lecturer at Nottingham University where I became Professor of Religious Studies before leaving for Durham in 1997. During that period I engaged in further work on Mormonism, as well as in Sikhism and Anglicanism, and in death rites. I also completed my first doctorate there on the issue of meaning and salvation. In Durham, as Professor in the Study of Religion, I help teach undergraduate modules on the Introduction to the Study of Religion, and Death, Ritual and Belief, and a module for postgraduates on Ritual, Symbolism and Belief in the Anthropology of Religion. Academically speaking, I also hold the degree of D.Litt. from Oxford as well as an Honorary Dr. Theol. from the University of Uppsala in Sweden. In 2009 I was made an Academician of the Academy of Social Sciences.

For our eighth(!) annual special, Only Sixty Seconds returns! This time, Chris Cotter is your host, as David G. Robertson returns to defend his 2018 crown against Bettina Schmidt, Douglas Davies and Theo Wildcroft. We may not have avoided repetition, but I do not hesitate in promising you no deviation from hilarity!

It's some time since I talked with my namesake Douglas Ezzy so it's good to have this chance to pick up some of his points even though Tasmania may not be the perfect location to boomerang something back to him from Durham UK. Good, too, since my more frequent friendly chats with Allan Kellehear find some echo in that conversation.