What is ‘Buddhism in the West’?

I often see “Buddhism in the West” lumped in with new religious movements (NRMs) or more interestingly as sources of therapeutic influence for new styles of mental health treatment such as those seen in the field of Psychology. The compulsion to lump Buddhism with new religious movements may derive from a variety of influences. There appears to be much debate regarding what defines Buddhism in the West. Particularly, ... 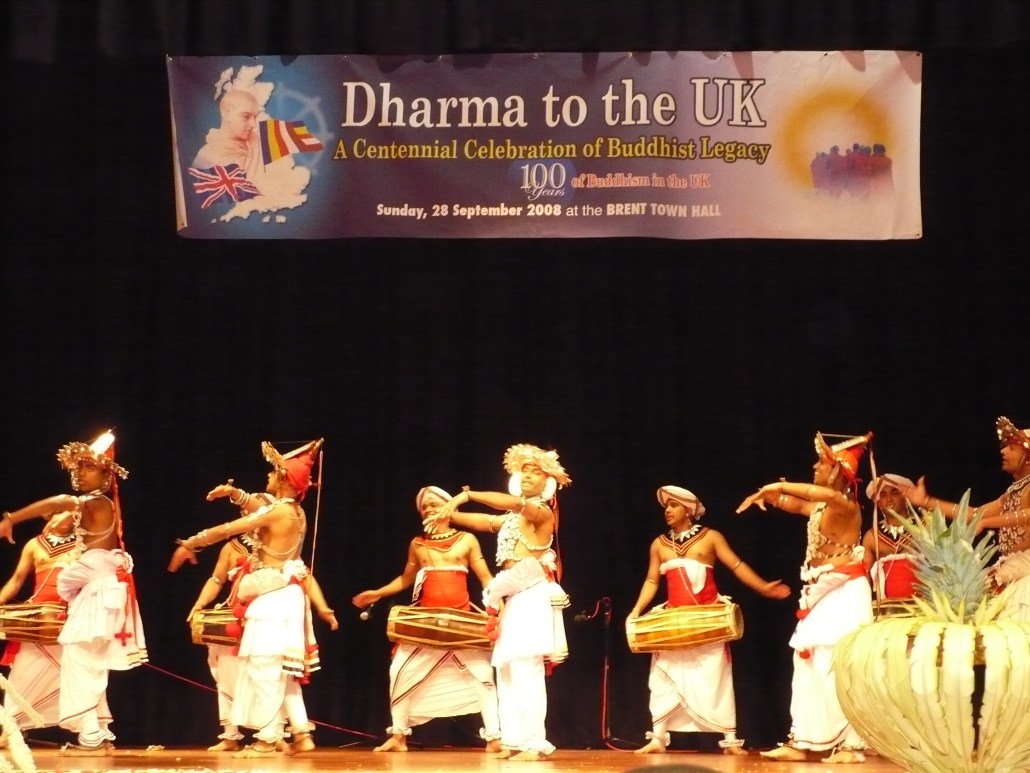 What is ‘Buddhism in the West’?

There appears to be much debate regarding what defines Buddhism in the West. Particularly, when I attend Social Science of Religion conferences, Buddhism is presented as a new or exotic social cultural influential phenomenon. I often see “Buddhism in the West” lumped in with new religious movements (NRMs) or more interestingly as sources of therapeutic influence for new styles of mental health treatment such as those seen in the field of Psychology. The compulsion to lump Buddhism with new religious movements may derive from a variety of influences. For example, the mass exodus of Tibetan Buddhists following the Chinese occupation of 1949 may give scholars the impression of newness due to the large migratory movement of Tibetans to the west. This coupled with the popularity of the Dalai Lama and religious converts such as Richard Gere give credence to Buddhism as a “Western” new religious movement (Cantwell & Kawanami, 2002). Another theory could be the fascination of Buddhism for the late 19th century Transcendentalists. The Transcendentalists saw value in Buddhist philosophy for understanding a suffering western society (McMahan, 2008). Such thinkers and their use of Buddhist philosophy could have led to more individual forms of belief such as “spirituality” and “universalism.” To be considered new, some scholars may see the past 100 years as “recent” where the turn of the century serves as a new chapter in religious pluralism in the West. Better still could be the free love movement of the 1960s or the fascination with alternative states of consciousness. Many people were seeking something beyond the old interpretations of transcendence (Kent, 2001). All of these are examples of competing paradigms in terms of juxtaposing a belief system called “Buddhism” within the geographic and cultural center of the “West”.

The boundaries of what defines the West are also circumspect. Some perceive the West to be North America while other scholars speak to first world cultures (including North America but also Western Europe, and Australia). Such boundaries of what defines the West are unclear but there is proximate agreement related to the cultural center of what we term the “West” (McMahan, 2008). Here, there is proximate agreement as a Euro-American center of learning. In other words, we are speaking of centers of academic discourse and authority known as the university system. One could argue that such exchanges are colonial in nature (indicating a British or American dominance of cultural norms and language) and yet these implicit assumptions reinforce the very system, which assert categorical authority. Further, using terms such as “the West” and its interaction with other traditions are synonymous with speaking from an in-group perspective of privilege.

Given these challenges related to defining Buddhism in the West, Dr. Cox’s approach is refreshing. Rather than attempting to describe Buddhism’s introduction into the West as a socio-historical event, he approaches the exchange of culture from the perspective of a historically reconstructed narrative through the story of Laurence Carroll, an Irish immigrant to Burma by way of the United States. Laurence Carroll led an adventurous life from an immigrant, to a homeless person in the US, to a seaman, and eventually taking vows as a Buddhist monk. Mr. Carroll’s experience resulted in his ordination by becoming Bhikkhu U Dhammaloka. Dr. Cox provides an interesting look by way of Dhammaloka’s narrative, at the layers of national, social, ethnic, and religious identity. For Cox, identities are tied together as one but also relational in terms of the concept of the “other.” Dr. Cox shows that Carroll’s transitions between geographies were continually met with adversity in terms of his identity. For example, the conflict of his Irish identity in Ireland in relation to British colonial influence, then his Irish identity in relation to blacks/African Americans in New York, and eventually his Irish identity in relation to the dominant Asian culture of Burma. His concept of self becomes even more complex when he converts to Buddhism, as he is no longer centered within his Irish or Caucasian identity. Such boundaries of self were not only confusing but also empowering as Dhammaloka could challenge others who attempted to proselytize the local populations in Burma.

According to Cox, Dhammaloka had social influence on the local population to defend Buddhism from what he may have seen as colonial missionary dominance reminiscent his own experience with the British in Ireland. Dr Cox’s podcast leaves me with additional derivative themes of interest. To speak in terms of cultural or social influence is to implicitly infer a social shift in the individual definition of self. As noted by Cox, deconversion was no small transition in self-identification. With one’s exit from their own enculturated tradition to an exotic, lesser-known faith came perceptions of racial as well as moral defection. Scholarly inquiry into Buddhism for the time was surely appropriate but only in as much as these faith traditions were contrasted with Christianity. The Dhammaloka case study serves as an excellent example of where the religious and cultural landscape is moderated within the domain of academic discourse. Only at this time were such intellectual pursuits blatantly colonial in agenda. Furthermore, such lively exchanges with missionaries highlight the overt assumptions of intellectual and cultural dominance but also the subversive influence on Buddhism to compete in a soon to be global spiritual marketplace. I would challenge Dr. Cox to think of Dhammaloka not in terms of his authenticity of being one of the earliest converts to Buddhism, but rather to see him as a mediating influence in what Buddhism would come to be for the West. Dare I say that Dhammaloka’s own cultural baggage and his Western approach to Buddhism might well have helped repackage Buddhist philosophy, making such transitions more salient.

In conclusion, I would like to challenge the overall paradigm of “Buddhism in the West.” The lack of synergy among scholarly inquiry coupled with the assumption of the specialness of Buddhism within the cultural or geographic context of the West lends further need for the application of critical theory. Such theory should be able to describe the specialness of the former and latter without relying on the old colonial tools of academia. While there is value in theories of sociology and religious studies, my concern is that such assumptions assume Buddhism is/was something different or special, dare I say sui generis (McCutcheon, 1997). The West’s fascination with the East goes well beyond a simple proselytizing motive or – it could be argued – colonial influence. Buddhism’s symbols, rituals, and practices seem mystical almost otherworldly from the flowing robes of monks, to the symbolism of the simplistic humble request of a monk with a begging bowl, to the teachings of the dasa pāramiyo or the ten perfections in defining one’s potential for Buddha nature. Yet given the plethora of possibilities in exploring the grand narrative of Western (European and American) Buddhism, such inquiries make some false assumptions about how Buddhism in the West is defined.