Secular feminist scholars would benefit from understanding ‘religion’ as a category without set boundaries, and from studying religion as 'lived' within fluid contexts.In her interview with the Religious Studies Project, Dawn Llewellyn gives a succinct and well-considered account of the ‘tricky relationship’ between feminism and religion. Tackling two such wide-ranging topics, their various definitions, 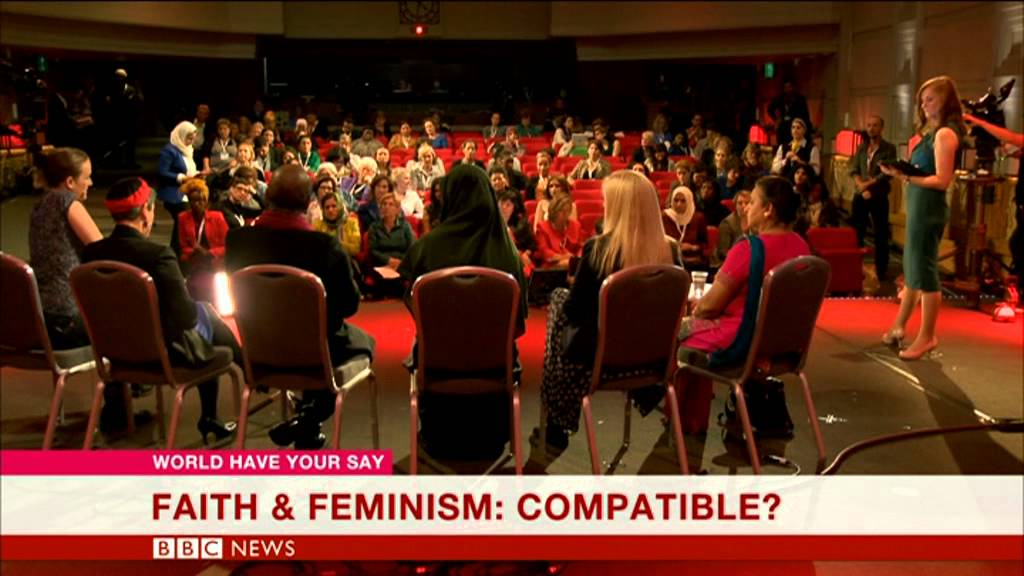 In her interview with the Religious Studies Project, Dawn Llewellyn gives a succinct and well-considered account of the ‘tricky relationship’ between feminism and religion.  Tackling two such wide-ranging topics, their various definitions, and the intricate interactions between them is a vast undertaking, and Llewellyn provides an excellent first interview on the topic to the RSP (and hopefully there will be many more to come!).

Usefully, considering the Religious Studies-oriented audience of the RSP, Llewellyn begins by describing the most popular representation of the feminist movement: the wave metaphor. In her description, she skilfully lays out the various components and trends within feminism, whilst simultaneously ‘troubling the waves’, highlighting how the wave metaphor is itself essentialising and limiting.  Indeed, confining certain trends within feminism to chronological waves ignores the variety of work that has always gone on throughout the feminist movement, whilst implying that feminists of a certain age will think according to trends of a certain wave.  Llewellyn’s interview (and recent book) contributes to recent work aiming to add nuance to how feminism is represented.  This extends research such as that of Amanda Lotz (2003), who despite working with the ‘third wave’ classification, makes attempts to identify the diverging contemporary strands.  Such work is valuable in adding nuance to how feminism is understood, and will hopefully help to prevent general and uncritical uses of the wave metaphor.

One important topic that the interview touches upon is what the study of ‘Feminism and Religion’ entails.  This could refer to a plethora of activities, including (but certainly not limited to): the work of religious feminists and feminist theologians; research on various religions’ perceptions of the feminist movement and vice versa; the study of women’s experiences of religion; and the implementation of feminist theory within Religious Studies.  Although these can all be considered under the heading of ‘Feminism and Religion’, each aspect will require a different approach and will produce different data.  Part of the task of scholars within this area is to clarify their approach to these wide-ranging concepts. A vital part of this is explaining what the terms ‘religion’ and ‘feminism’ refer to in specific contexts, in an effort to avoid essentialised and generalised assumptions about each term.

It is these essentialised representations of both feminism and religion that lie at the heart of Llewellyn’s interview, and she clearly conveys how these play a large role in explaining their awkward relationship.  Within the academic context, Llewellyn distinguishes between secular feminism and religious feminism, and identifies a disconnection between the two.  This can be attributed to two main causes: 1) the overtly confessional nature of religious feminism, sometimes seen by Religious Studies scholars and secular feminists as more appropriate to a theology department, and 2) the perception of secular feminist scholars that religions are monolithic and inherently patriarchal.  From this perspective, religious feminists are seen as suffering from a form of false consciousness and have yet to realise the oppression that their religion subjects them to.  It is this second aspect that I am most interested in addressing, and that scholars within Religious Studies can attempt to exert some influence upon.

It is fairly easy to see why secular feminist scholars see religious feminists as suffering from this false consciousness.  Research by Kristen Aune found that feminists are less likely to be religious – that is, identify with a ‘world’ religion.  Suggested reasons for this include feminists challenging Christian-centred discourses of ‘ideal’ femininity, and the tendency for religious organisations to condemn homosexuality (40% of the women who participated in the survey were not heterosexual).  When this is combined with feminist critiques of religious texts and rituals, as well as negative accounts from women within religious organisations which maintain patriarchal power structures, it seems obvious that feminists would be less religious – and serves to confirm the suspicions of secular feminists that religion is ‘the last bastion of patriarchy’.  Problems arise when these accounts are generalised to suggest that all religious organisations or teachings are necessarily patriarchal, and that all religious women have similar experiences.  Generalising experiences of religion in this way strips agency from individuals who identify as both religious and feminist, and silences or trivialises individual interpretations of traditions by religious feminists.

This brings us back to the oft-discussed topic of how to convey to those outside of Religious Studies that ‘religion’ is a fluid category, thus assumptions of an entire religion’s attitude toward women, and women’s experiences within this, will be inaccurate.  Secular feminist scholars would benefit from understanding ‘religion’ as a category without set boundaries, and from studying religion as ‘lived’ within fluid contexts.  Once religion is conceptualised as such, academic feminists can analyse particular understandings or expressions of ‘religion’ within a context, and relate this to their specific feminist interests.  Religion, understood with nuance (and not as necessarily negative), can then be critically considered as part of the wider matrix of power relations with which feminist work is concerned.

It is clear that essentialised representations of religion and feminism within academia must be broken down in order for more productive work to take place.  Perhaps optimistically, I believe that this deconstruction within the subject areas of Religious Studies and academic feminism is inevitable.  This is partly thanks to contemporary feminism’s focus on intersectionality which must surely increasingly include nuanced understandings of religion, and partly due to the trend in Religious Studies toward ‘lived religion’, which can recount the specific, contextualised experiences of individuals who identify as both religious and feminist.  Religious Studies scholars have been working for a long time on conveying the lived experiences of religious women, and this work can be valuable in communicating to secular feminist scholars the ways in which feminism and religion might be reconciled. Communicating this work is key.

In the wider field, it remains important to highlight the experiences of women within different religions (and within contexts outside of organised religions), and to critique the gendered power structures evident in these.  Religious feminists and feminist theologians will continue to revise and reconstruct elements of their own traditions, providing important resources for women and men desiring alternative expressions of that tradition.  Excellent work is already occurring within these areas.  However, I believe that it is also important for feminist work within Religious Studies to increasingly go further than this, to apply a gendered lens to well-known tools and theories in order to expose any bias.  Some examples of this are Eeva Sointu and Linda Woodhead’s (2008) suggested alterations to Charles Taylor’s theory of the self, and Erin White’s (1995) critique of Paul Ricoeur’s hermeneutics.  Studying women’s experiences is increasingly done, but engagement with feminist theory is less so.  Similarly, feminist scholars must not shy away from analysing and critiquing those new resources produced by feminist theologians and religious feminists.  One can sometimes sense a reluctance on the part of scholars to critique these newer, more female-friendly resources.  However, when one form of gendered power is rejected, another can be unintentionally reinforced and can even strengthen unhelpful gender binaries – for example, forms of Goddess Spirituality in which femininity is highly valued, but is constructed in a specifically emotional, sensitive, maternal way. Constructive criticism must remain front and centre to those feminist scholars committed to working towards positive change.

Another point that Llewellyn touches upon is the inclusion of feminism within university curricula.  I am in complete agreement with her, in that it certainly does not help that many departments of Religious Studies introduce ‘Religion and Feminism’ only as a separate optional third or fourth year course (whilst others don’t include the topic at all).  It is perfectly possible to include feminist approaches to Religious Studies in introductory courses on theory and method, thereby presenting feminist approaches as another critical tool to add to a student’s skillset.  Indeed, including feminism within a core undergraduate curriculum for Religious Studies could produce closer relationships between academic feminism and Religious Studies, avoiding the misinterpretations and generalisations that later arise.