The Rise and Fall of the Televised Public Square 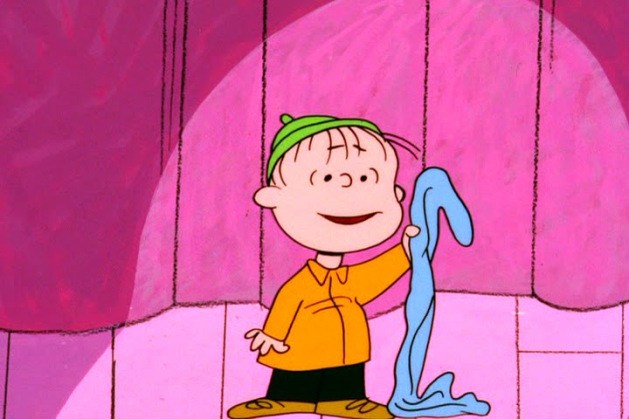 James M. Patterson, Ph.D. is an associate professor of politics at Ave Maria University and a member of the Values & Capitalism Program for the American Enterprise Institute. He has published academic work on Dr. Martin Luther King Jr., Venerable Fulton J. Sheen, and biblical narratives in American political rhetoric, and he has published more popular essays and book reviews for Modern Age, Society, Library of Law and Liberty, and Public Discourse. His book Religion in the Public Square: Sheen, King, and Falwell examines how very different religious leaders sought to influence national politics by preaching their interpretation of American political foundations.

James M. Patterson, Ph.D. is an associate professor of politics at Ave Maria University and a member of the Values & Capitalism Program for the American Enterprise Institute. He has published academic work on Dr. Martin Luther King Jr., Venerable Fulton J. Sheen, and biblical narratives in American political rhetoric, and he has published more popular essays and book reviews for Modern Age, Society, Library of Law and Liberty, and Public Discourse. His book Religion in the Public Square: Sheen, King, and Falwell examines how very different religious leaders sought to influence national politics by preaching their interpretation of American political foundations.

The Public Square and the Heart of Culture War

In this conversation with Dr. Benji Rolsky, we learn how the public square became the ideological focus of American liberal strategies in the 1970s and beyond thanks to the efforts of media figures like Norman Lear.

The Rise and Fall of the Televised Public Square

The Rise and Fall of the Televised Public Square:

In his recent interview with the Religious Studies Project, Dr. Benji Rolsky offers a view of Norman Lear as a television producer and activist who used mass media entertainment to advance progressive messages about racial justice, opposition to American imperialism, and other important issues of the 1970s. Rolsky connects Lear’s hits like All in the Family and The Jeffersons to the broader efforts of progressives to establish a national public square in which citizens confront difficult social issues with the faith that the outcome will always favor a more equitable outcome among all, or nearly all, of those participating.

According to Rolsky, Lear’s programs were popular contributions to the American national public square in that their popularity spanned the country and thereby provided a high-minded if lower-brow story each week. Lear’s initial success found a building conservative backlash among fundamentalist and evangelical Protestants. Prominent pastors like Rev. Jerry Falwell objected to Lear’s efforts as “clearly anti-Christian.” Falwell’s Moral Majority and Lear’s People for the American Way squared off against each other for much of the 1980s. Lear wanted to keep lit the progressive flame that had flickered after the election of Ronald Reagan in 1980. Falwell defended Reagan as part of a new constituency of religious conservatives fed up with radical social change.

“The Bible ain’t fairy tales, there, Meathead, right from the beginning, when God made the world in seven days,” Archie Bunker explains to his wife, daughter, and son-in-law in this clip from All in the Family.

To that end, as I argued in Religion in the Public Square: Sheen, King, Falwell, Falwell planned for conservative Christians to develop their own parallel cultural institutions beyond the churches, and Falwell led the way by founding what today is called Liberty University, television and radio programs, home movies, and the like. These efforts were meant to compete with Lear’s and others in the mainstream media, and those Falwell called for would emphasize the importance of faith and more traditional forms of family formation and sexual ethics. These efforts had limited success when compared to Lear’s. One reason for this is scale. Smaller church-based operations lacked the budget and talent to produce alternatives that could match the mainstream. For example, Christian pop artists either remained obscure (and a little corny), like DC Talk, or went mainstream and left their Christian alternative label behind, such as Amy Grant’s 1991 album Heart in Motion.

Falwell was not alone in his attitude about the leftward drift in mass media. His response was shared widely among not only fundamentalist Protestants but among more conservative Americans, in general. The Culture War, as Rolsky points out, was a conflict of competing visions for the country. Rolsky could have pointed out that these competing visions were not between a positive, secular public square and a negative, religious opposition. Rather, as James Davison Hunter explained over twenty years ago, they are both competing positive visions. Not merely seeking to push out secular, progressive types, religious peoples argue for the need to include religious foundations for public life. In their view, public reason is simply insufficient because it lacks the divine authority and moral limits necessary for achieving common ground for political discussion. This was not always a conservative position. After all, Dr. Martin Luther King Jr. grounded his call for racial justice and social democracy in the “Hebraic-Christian tradition,” and he used this language precisely to reach out to Americans beyond his coalition. Religion was a way to build bridges, not burn them. By the late 1970s, however, American religion was sufficiently in doubt that the entertainment industry saw its inclusion as risky. Indeed, the jitteriness over religion in American television was an old one. Television executives at CBS questioned whether it was necessary to include a reading from the gospel of Luke in A Charlie Brown Christmas. Once religion became a partisan issue, however, its inclusion risked alienating audiences. By attacking Lear in an explicitly ideological and partisan fashion, Falwell ironically made representation of religion in mainstream media even less likely rather than more.

Above, Linus reads the Christmas story from the gospel of Luke in A Charlie Brown Christmas, which first aired on CBS in 1965.

Rolsky laments the decline of the televised public square that could reach tens of millions of viewers and provide for them a regular, entertaining source for a coherent, secular, diverse vision of public deliberation. Its swan song, he observes, came with the program Parks and Recreation, in which Leslie Knope dragged the spiky libertarian Ron Swanson, fast-talking Tom Haverford, and disinterested Ann Perkins into a publicly spirited community dedicated to improving the social welfare of residents in Pawnee, Indiana. The show was, in a way, a template for the presidential aspiration of former senator of New York Hillary Clinton, as Amy Poehler, who played Knope, had previously been the resident Saturday Night Live Clinton impressionist. Coincidentally, Parks and Recreation ended its final season in 2015, just as Clinton was beginning to ramp up her second bid for the Democratic nomination for president. Her long campaign against the democratic socialist senator from Vermont, Bernie Sanders, was a surprising sign of fractured politics only outdone by the utterly splintered 2016 Republican presidential nomination battle that yielded, of all people, Donald J. Trump as its victor.

Trump’s victory is the ironic outcome of a public square premised on television, which is why I ultimately do not share Rolsky’s lament for the fracturing of the media landscape. Trump prevailed over his GOP rivals precisely because he had made himself a national name during that very same period that Lear and Falwell fought over television standards. Indeed, Trump became well known in part because of a very popular 1980s program, Lifestyles of the Rich and Famous. Trump, after flailing through bankruptcies and failed ventures, may not have been quite as rich but remained marginally famous, appearing in small parts throughout the 1990s and finally rejuvenating his flagging brand in 2004 by becoming a reality game show host on The Apprentice. Trump hosted the show until 2015. Indeed, Parks and Recreation ended its final season a mere four days before Trump’s final season on The Apprentice.

Even if I do not share Rolsky’s lament, I do agree that the splintered media landscape has produced a cacophony of voices that are not likely to consolidate into the same kind of secular, national public square in the near future. As video and audio distribution has become less expensive, data on markets has become easier to acquire, and the selection of media content has proliferated, content providers have found it easier to micro-target audiences and monetize their ventures. Even at the corporate media level, the change has occurred. Jeffrey M. Berry and Sarah Sobieraj documented this change in multiple media in their 2014 book The Outrage Industry: Political Opinion Media and the New Incivility. A recently published study by Dannagal Goldthwaite Young, Irony and Outrage: The Polarized Landscape of Rage, Fear, and Laughter in the United States confirms, refines, and updates the results the Berry and Sobieraj study. For all the conservative lampooning of left wing students demand for “safe spaces,” these scholars observe that media consumption habits prove that people of all political and religious backgrounds choose media content that serves up heaping helpings of confirmation bias and thereby insulates their audience from contrary messages. As strange as it might seem, Mark Levin, with his radio show, can transform a conservative American’s car into a safe space in a similar way to university administrators disinviting alt-right speakers from college campus. It would seem Falwell was ahead of his time.

To conclude, the X factor in all of this is what social media and internet service providers will do in the future. For the time being, these companies have proved reluctant to act except in the most extreme cases, such as the de-platforming of right-wing conspiracy theorist Alex Jones. Republican senator from Missouri Josh Hawley has indicated that he would like to consider rescinding Section 230 of the Communications Decency Act, which would transform social media from platforms into publishers and therefore open them up to liability for content users publish and even be subject to content regulations under the FCC. If Hawley succeeds, there would no doubt be a rush to limit access of ordinary users, surveil content, and move toward a broader audience by appealing to whatever common denominators may be left in our polarized country. Only then could the next Norman Lear take the stage or, as it were, start the livestream.

Matthew Avery Sutton, Jerry Falwell and the Rise of the Religious Right: A Brief History with Documents

James Poulos, “Imagine All the People: How Fantasies of the TV Era Created the Disaster of Social Media”

Yuval Levin, A Time to Build: From Family and Community to Congress and the Campus, How Recommitting to Our Institutions Can Revive the American Dream