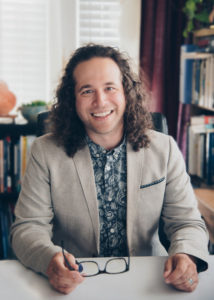 L. Benjamin Rolsky received his PhD from Drew University in American Religious Studies. His work has appeared in a variety of academic and popular venues including Method and Theory in the Study of Religion and the Journal of the American Academy of Religion as well as The Christian Century, The Los Angeles Review of Books, CNN Opinion, and the Religion and Culture Forum at the University of Chicago. His research and teaching interests include religion and politics, the study of popular culture, and critical theory.

Rolsky’s first monograph, The Rise and Fall of the Religious Left: Politics, Television, and Popular Culture in the 1970s and Beyond, was released in 2019 by Columbia University Press.

The Public Square and the Heart of Culture War

In this conversation with Dr. Benji Rolsky, we learn how the public square became the ideological focus of American liberal strategies in the 1970s and beyond thanks to the efforts of media figures like Norman Lear.