The Promise of Reincarnation in the Grundtvig AI

Researchers are looking to make a robotic re-incarnation of Danish Founding Father N.F.S. Grundtvig, but what do such AI interfaces say about how religious studies can participate in digital humanities research? 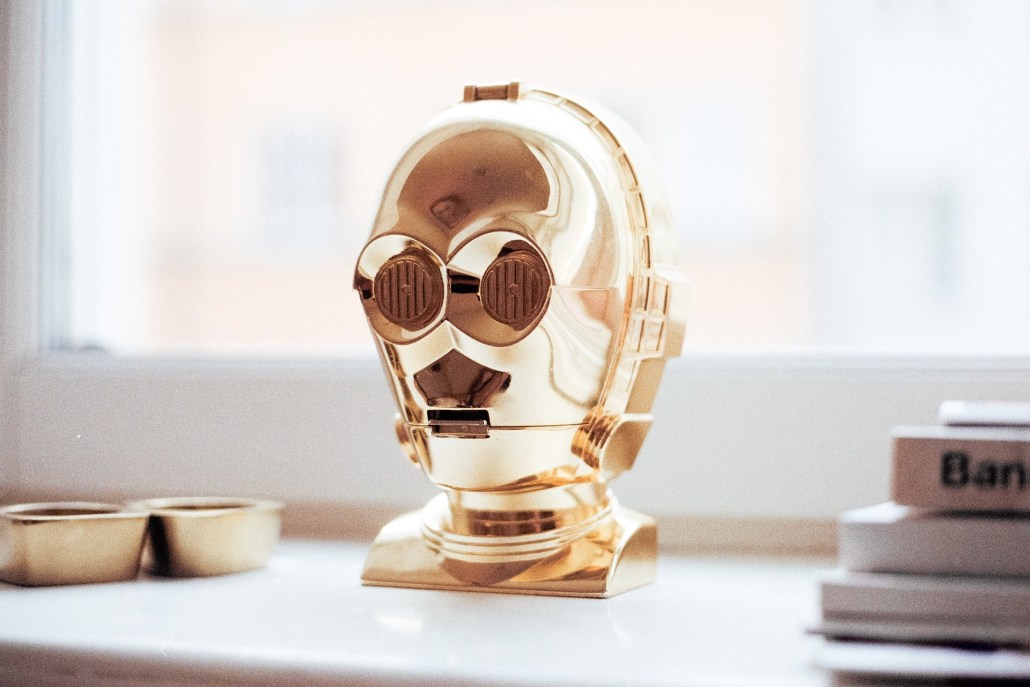 The Promise of Reincarnation in the Grundtvig AI

The number of scholars engaging in AI and religious studies professionally can be counted on your fingers. Religious studies itself, since its post-modern turn, has become skeptical of scientific approaches, and even in the modern day, some religious studies departments are actively shunning and closing their doors to science. Given my pessimism, to hear this interview with Prof. Katrine Frøkjaer Baunvig was refreshing and thoroughly exciting to say the least. So, in my response, you might feel that behind my support for Prof. Frøkjaer Baunvig is an obviously deep frustration with a lack of movement in religious studies, and you would be correct. Religious studies is a subject for which I have great respect and feel is of utmost importance today, but I feel that it is relegating itself to the sidelines when it should be leading the charge. What I found so refreshing was that it appears that Prof. Frøkjaer Baunvig is helping to lead the charge.

The interview starts out exactly where I believe any study of the digital humanities should: with a strong foundation in the historical and philosophical context and knowledge within the humanities that they focus on. Indeed, she focuses on her work with “Danish Nation Builder and church Father N.F.S. Grundtvig”. Now, I must admit, I have only heard of Grundtvig in passing, but the idea of using data science (the “overlord” of digital humanities) and AI to study Grundtvig’s works thoroughly excited me.

As someone who works daily at the intersection of the humanities, social sciences, and AI (and has published on how computational approaches to the humanities can go wrong because of miscommunication between the fields), I’m always skeptical when someone says “we’re using AI to….” because even in the corporate world studies have shown that up to 40% of European AI companies aren’t actually using AI. However, the work discussed by Frøkjaer Baunvig is a great example of how we can use advanced AI techniques to study topics relevant to the humanities.

For example, Frøkjaer Baunvig discusses ongoing work to create an AI system to “reincarnate” (my word, not hers) Grundtvig using an AI approach blending recurrent neural networks and a system for language understanding called ELMo (yes, its related to Google’s BERT which is compatible with the newest AI and “deep learning” systems at Google, and is also related to ERNIE—the humor of hackers knows no bounds). She’s using ELMo to study how different words are related to one another in the context of Grundtvig’s writings using “word embeddings” (the links above give introductions that explain more if you’re interested—and even a tutorial). Her study has already provided interesting results, presented at EASR this year (and discussed in the interview) and there is a wild plan for the future of the system:

A robotic re-incarnation of Grundtvig himself.

“A robotic re-incarnation you say? Isn’t that a bit hyperbolic?”

Obviously to some extent it is. However, at the same time it is not false either.

The type of AI that they want to use is called recurrent neural networks. This type of AI has been used in what are called “chatbots” for years. Chatbots are basically AI systems that can talk to you. Many of us who us smartphones have chatbots such as Google’s Siri, Microsoft’s Cortana, or Amazon’s Alexa in our pockets. While the philosophical depth of these systems is hilariously shallow, it is largely because of the training data used in these systems and the goals of chatbots (which are typically for customer engagement). So, it is worth considering the use of a philosophically minded chatbot and what it could do for us as scholars, and for the general public who would have a new medium for interacting with Grundtvig’s work.

And then, there is the next step: putting that AI into a robotic system.

Many might be skeptical that this is possible. But, in recent years, there has been great success in putting AI chatbots into robotic systems. The most famous was created by Hanson Robotics, the makers of the now-famous Sophia (who was awarded citizenship in Saudi Arabia, making her the first robotic world citizen, and raising questions as to if the robot has more rights than other women in the country). In addition to Sophia, David Hanson (the founder of Hanson Robotics) has also created robotic versions of living people (in Bina48) as well as deceased writers (in Phillip K. Dick Android), both of which used material from the real lives and minds of the people to create their knowledge base (although these systems—to the best of my knowledge—use a system called OpenCog as their software base, not the recurrent neural networks proposed in the research with Grundtvig).

The systems that currently exist have an interesting philosophical bent that appears to reflect that of their designers and the people they’re designed to mimic. You can see this for example in a discussion between Bina Rothblatt (the wife of the polymath and founder of SiriusXM, Martine Rothblatt) and her robotic alter, Bina 48.

However, their understanding of religion and philosophy is extremely limited. In recent interactions, Sophia met a Christian and was asked about religion and her faith. The answers, as you can see, are very limited at best and appear to be the result of web scraping to find answers from crowdsourced online material.

But how will the prospective Grundtvig stand up? Well, if I may be critical, only time will tell. However, from what I see, Frøkjaer Baunvig’s team is going in the right direction to make quite a splash. Their integration of other relevant sources outside of Grundtvig’s own is a good choice in my opinion. They should also consider more modern materials in order to make sure that its knowledge base can understand the relevant questions it is likely to be presented with. While I also have technical critiques about how they could best create the robotic system they aim for, I think the more pressing issue is one of resources. There are not enough people with backgrounds in both religious studies and AI to support the promise of this kind of research. While I think this line of research could revolutionize our understanding of religion within the field, as well as help us promote religious studies at large, there need to be more people in the field looking into this who have permanent positions and the required resources to take on these big and interesting challenges. One additional suggestion that I have, and would like to make in response to the interview publicly, is for the Danish Government who funded the project initially: write another check. The possible gains that could be achieved through this project are probably more than we realize today, and not just for religious studies or philosophy, but for AI as well, and our understanding of how we—as humans—interact with AI and robotic systems.

This all leads me to one general conclusion: the Grundtvig AI project isn’t just a re-awakening of our past, it’s also a glimpse into our future generally. More specifically, it could also be a re-awakening for religious studies, which, having existed since the late 1800s, was overtaken in the global literature by artificial intelligence within 4 years of its creation.

Today, the rise in digital humanities has created many opportunities for largely stagnant fields, while for others who don’t understand its goals, aims, and achievements, it represents a waste of money, likely because of the intense competition for funding that exists and the lack of innovation in traditional humanities worth warranting money in 2019. Perhaps they’re right. Perhaps digital humanities is a waste of time… Perhaps digital skeptics just see deeper than the rest of us and are rightfully worried about being enslaved in the human zoo of our potential robotic overlords?