The Problem of Contextuality in Global Environmental Discourses

Decolonizing ecological studies or environmental humanities forces us to "return to the problem of context," writes Rosemary Hancock in this response to our interview with Anna Gade. 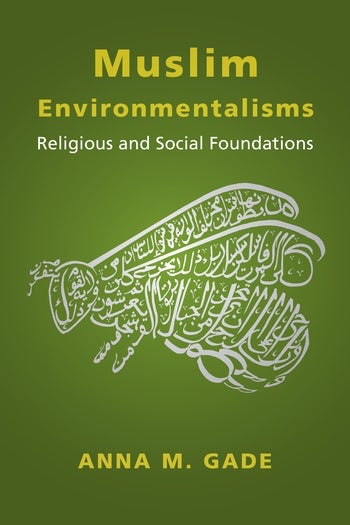 Rosemary Hancock is a sociologist who thinks and writes about the intersection of religion with politics and activism. Her research blurs the boundary between the religious and the political. She grapples with the ways religion is integrated into grassroots political spaces, and how the engagement of religious people and organisations in democratic politics and civil society transforms both those spaces and religious communities themselves. Her first book, Islamic Environmentalism: Activism in the United States and Great Britain, examined the complex synthesis of Islamic and environmental practice and thought in the US and UK.  Rosemary is a Lecturer in the Institute for Ethics and Society at the University of Notre Dame Australia, where she co-convenes the Religion and Global Ethics research focus area.

Rosemary Hancock is a sociologist who thinks and writes about the intersection of religion with politics and activism. Her research blurs the boundary between the religious and the political. She grapples with the ways religion is integrated into grassroots political spaces, and how the engagement of religious people and organisations in democratic politics and civil society transforms both those spaces and religious communities themselves. Her first book, Islamic Environmentalism: Activism in the United States and Great Britain, examined the complex synthesis of Islamic and environmental practice and thought in the US and UK.  Rosemary is a Lecturer in the Institute for Ethics and Society at the University of Notre Dame Australia, where she co-convenes the Religion and Global Ethics research focus area.

The diversity of Muslim environmentalisms shows the urgency of decolonizing Religious Studies and Environmental Humanities amid escalating global climate crises, says Prof. Anna Gade in this week's episode. Based on her decades of fieldwork in Indonesia, Dr. Gade sketches new intersections of religion and the environment that decenter conversations long dominated by Western ecological models.

A Response to Anna Gade’s Muslim Environmentalisms by Rosemary Hancock, The University of Notre Dame Australia

When I began studying Islamic environmental activism for my doctoral project in 2011, the phenomenon was perceived as marginal and received very little attention from scholars of both Islam, and the environment. So I was delighted to listen and respond to Gade’s interview, and see the positive reception to her recent book Muslim Environmentalisms. The book is an exciting and valuable contribution to Islamic studies and the environmental humanities. Her examination of the theoretical and discursive basis to Muslim environmentalisms – and in particular her empirical focus on Southeast Asia – significantly broadens the academic conversation that has been building around Islamic environmentalisms in the last decade.

Listening to her interview on the Religious Studies Project, what I found particularly appealing was that Gade seeks to expand our understanding of what can be environmental or Islamic through her case study of Southeast Asia. In doing so, she highlights the incredible diversity of practice and discourse that coalesces around the frame of Muslim or Islamic environmentalism, and the importance of engaging with phenomenon as they are in-context.

My research with Muslim environmentalists was grounded in an entirely different context to that of Gade’s study in Southeast Asia: it examined Muslim environmentalists in the United States and Great Britain, and the groups operated in a context where ‘environmentalism’ – even in Muslim communities – is understood primarily through the classic framing Gade describes as inherent to her discipline of environmental humanities: a concern with the preservation of nature and wilderness, and practices aimed variously to modify, mitigate, or oppose the degradation and destruction of nature from human industry (Hancock 2018, 70-79; 2020a, 292).

Some activists in my study were located in Muslim communities where fear of bida’h (innovation) crippled any attempt to grow the support base of their environmental group or take environmental action (Hancock 2018, 94). The activists felt compelled to portray ‘environmentalism’ – which, as noted above, was typically understood through Western frameworks – as somehow inherent to the Islamic tradition. In these circles references to the stereotypical ‘environmental’ extracts from the Qur’an or collections of Hadith were common that Gade critiques were common. Where some organisations claimed this synthesis of Western environmentalism with Islamic scripture and tradition was effective at changing the behaviour of Muslims (Hancock 2018, 89-90), most continued to find theological interpretation and education alone insufficient to effect real change in their communities (Hancock 2020b, 156).

One of the most exciting aspects of Gade’s work is her effort to decolonize the environmental humanities by showing how concepts from within the Islamic tradition can expand understandings of what constitutes ‘environment’. Resisting ‘theoretical colonization’ (Bayat 2005) by refusing to apply Western concepts to non-Western contexts is only the first step in decolonizing academic disciplines and discourse – Gade takes the second step in having the Islamic tradition speak back into Western theory. As Amanda Baugh pointed out in her response to Gretel Van Weiren’s interview on the Religious Studies Project in October 2020, the study of religion and ecology has a whiteness problem. This echoes the more general ‘whiteness problem’ of Western environmental movements – but, as Baugh argued in her response and I pointed out above, scholars who approach the study of religion and ecology ‘uncritically … perpetuate a colonial project’ that essentializes both “religion” and the “environment”. Gade’s discussion, and indeed her book, gestures to those of us who study religious environmentalisms a potential avenue out of both the trap of essentialism and of critique with no constructive alternative.

Hancock, Rosemary, 2020a. “Environmental Conversions and Muslim Activists: Producing Knowledge at the Intersection of Religion and Politics.” Social Movement Studies 19 (3): 287-302.

The Fate of Earthly Things

In this interview, Molly Bassett begins by introducing us to the world of Middle America, the sources scholars use today to study this period and its cultures, and then describes the benefits and challenges of teaching with Meso-American materials. Her students learn not only to challenge the categories scholars use to describe religious ideas like "god," ...

"History can be of tremendous value for a society that is looking for roots... and can sometimes be a bit uncritical in its search for roots. People want an identity and may be clutching at something that can be a bit confrontational, for example, Muslims looking for an identity rooted in current conflicts in the Middle East, rather than reflecting on what is quite a long-standing presence in British society and culture."