Restoring marginalized voices to the scholarship on religion and ecology is essential decolonial praxis, writes Amanda J. Baugh in this response to our episode with Gretel Van Wieren on "Climate Change(s)." 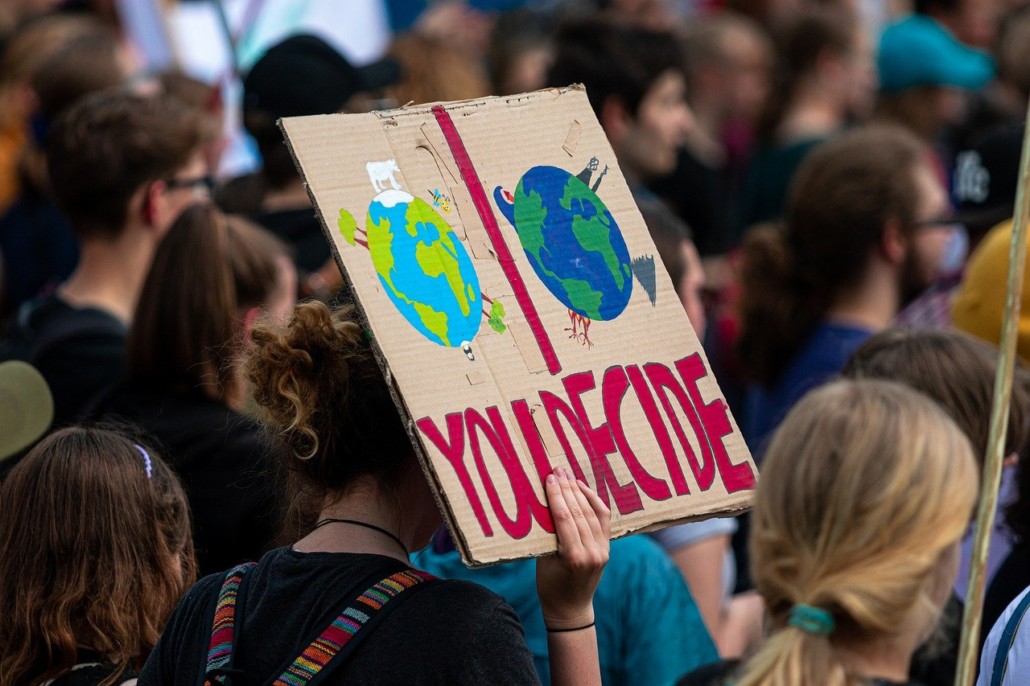 What can we learn about responding to climate change from small farms run by religious communities? In this episode, the RSP’s Candace Mixon talks to Dr. Gretel Van Wieren about her career in environmental and agricultural ethics. Climate activism has deep religious roots, so join us for practical advice about bringing the diverse approaches of Christian, Jewish, and Muslims groups into the undergraduate religious studies classroom.

A Response by Amanda J. Baugh

In “Climate Change(s): New Approaches to Environmental and Agricultural Ethics,” Gretel Van Wieren discusses the intersection of religion and environmental ethics among organic farming communities whose members understand environmental conservation as a central religious mandate. I especially appreciated Van Wieren’s point that talking about food and agriculture can help facilitate conversations about touchy subjects like climate change, especially among politically and socially conservative religious communities. Van Wieren’s experience teaching a seminary class in 2014 helped her formulate the approach of her book, Food, Farming, and Religion, she recalls, because talking about food enabled the seminarians “to ask questions about climate and the environment in ways they wouldn’t have otherwise.” This observation underscores how theological orientations and identity politics can shape the ways that different communities react to environmental issues. For my response, I would like to bring Van Wieren’s research into dialogue with other recent Religious Studies Project conversations on decolonizing the study of religion. Doing so requires us to think not only about the ways that our research subjects’ positionalities shape their orientations to climate change and other environmental issues, but also how the positionalities of religious studies scholars and the colonial inheritances of our field have shaped these conversations as well.

Early scholarship examining the connections between religion and environmental ethics tended to celebrate the promise of religion for addressing the environmental crisis. Through texts such as Religions of the World and Ecology, which followed a series of conferences held at Harvard University in the 1990s, scholars examined the scriptures, theologies, doctrines, and traditions of various “world religions” in an effort to demonstrate that all religions advance positive environmental ethics. In the following decades, scholars of religion and the environment have advanced more critical orientations for understanding the potential connections between religious worldviews and environmental attitudes, beliefs, and behaviors. For example, the International Society for the Study of Religion, Nature, and Culture and the affiliated Journal for the Study of Religion, Nature, and Culture were established to promote critical inquiry and engaged scholarship.

Even as religion and ecology research agendas are driven by critical inquiry, they also reflect our own interests and positionalities as (predominately white) environmentalists, and we often share certain affinities with the (predominately white) environmentally engaged communities that we study.[1]  This has led religion and ecology scholarship to assume a somewhat problematic position in the larger field of religious studies. Even in the context of the Religious Studies Project, a well-respected forum that is known for its critical engagement with methodological and empirical issues in the study of religion, it is tempting to remove religion and ecology research from the realm of critical inquiry and focus instead on the ways that our research subjects can offer hopeful models or practical advice for responding to the environmental crisis.[2]

The problem with this orientation is that it can lead scholars to replicate insider language about the universality of ecological teachings in every religion, while overlooking the raced and classed assumptions that support the religious environmental movement, and the power dynamics that have led us to celebrate certain environmental orientations but not others. In God and the Green Divide: Religious Environmentalism in Black and White, I demonstrate how the ideology of religious environmentalism – a widely held belief that all religions share an underlying message of earth stewardship – claims to advance a universal message but in practice enforces a secularized variety of liberal white Protestantism. While religious environmental coalitions claim to represent the moral concerns of all people of faith, in practice these overwhelmingly white, liberal Protestant coalitions welcome only those religious adherents who maintain progressive religious values and secular outlooks on the world.

As a group, scholars of religion and the environment are disproportionately white as well, and many of us share the progressive, modern scientific outlooks of the environmentally engaged communities that we study. Our positionalities have shaped the questions we choose to ask, the subjects that we choose to investigate, and the scholarship we choose to produce, leading us all too often to universalize the experiences of white Americans of European ancestry as the normative exemplars of “green” religion (I discuss this further here). To the extent that people of color are acknowledged, as Elonda Clay points out in “How Does it Feel to be an Environmental Problem?, it is almost always in the context of environmental racism and injustice. This results in an implicit narrative indicating that white environmentalists can actively love and care for the earth while people of color can express concern only as victims of environmental problems. Meanwhile, religious communities that engage with environmental issues in ways that do not align with the expectations of white environmentalism are left entirely out of the conversation.

When we think of religion and ecology scholarship uncritically as an opportunity to learn from environmentally engaged religious communities that we study, we perpetuate a colonial project that universalizes Anglocentric norms of both “religion” “the environment.”[3] As Carolyn Finney writes in Black Faces, White Spaces, “whiteness, as a way of knowing, [has become] the way of understanding our environment, and through representation and rhetoric, becomes part of our educational systems, our institutions, and our personal beliefs” (3). In recent Religious Studies Project interviews on decolonizing the study of religion, Natalie Avalos and Malory Nye explain that naturalized assumptions based on whiteness have fundamentally shaped the big questions of our field, and that the entire enterprise of religious studies is fundamentally a colonial project. In light of that legacy, Nye charges, if we are not engaging with questions of race and intersectionality in everything we do, “we are doing it wrong.”

Fortunately, important examples of decolonial scholarship already exist within the study of religion and the environment. Anna Gade’s Muslim Environmentalisms shows how Islamic perspectives force us to rethink inherited understandings of environmentalism, and Christopher Carter’s “Blood in the Soil” explores how Christian theology and other factors have negatively affected black people’s relationship with environmentalism. Melanie Harris’s work on ecowomanism illustrates how the overlooked perspectives of African American women are central to environmental discourse and thought. In “Towards a Decological Praxis,” Elaine Noguiera-Godsey proposes a methodology for approaching environmental issues that can “challenge systemic structures of power, such as patriarchy and colonialism, by promoting self-reflection regarding [one’s] own role in perpetuating ideological formations of colonial thinking” (76).

These examples are important not just because of their attention to voices that have been marginalized in religion and ecology scholarship – although that is a significant end in itself – but also because they challenge us to rethink the fundamental questions and orientations that have shaped our field of study. Scholars of religion and the environment would do well to accept that challenge.

[1] In “Decolonizing Religious Studies and Its Layers of Complicity” Natalie Avalos points out, “We are all speaking from an interested position, and that our positionalities frame what conversations we have and how we understand them and what we produce, what kind of knowledge we’re producing.”

[3] As Anna Gade puts it in Muslim Environmentalisms, “the universalization of European and Christian norms for all humanity is a global devise.”