While I respect Masuwaza’s work on many levels, I mostly like it because she reminds me, again and again, to look at my tools of inquiry and see how my tools have shaped what I have found. I spent two years as an English teacher in South Korea. I went because they wanted native speakers in their classrooms and promotional photos, particularly young American females,... 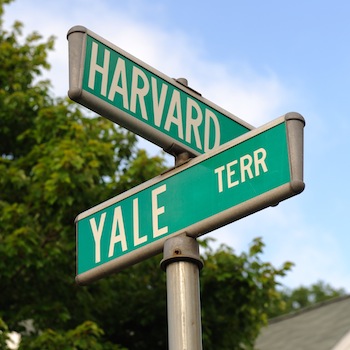 Robin Bortner completed her MLitt in Religious Studies from the University of Aberdeen in 2015.  Her dissertation focused on the development of Tarot cards from a game to an occult object during the French Enlightenment.  Prior to that, she was an English teacher in Seoul, South Korea.  Her BA is in International Studies from Hanover College, Indiana.

Robin Bortner completed her MLitt in Religious Studies from the University of Aberdeen in 2015.  Her dissertation focused on the development of Tarot cards from a game to an occult object during the French Enlightenment.  Prior to that, she was an English teacher in Seoul, South Korea.  Her BA is in International Studies from Hanover College, Indiana.

The Invention of the Secular Academy

The Religious Studies Project, as an academic endeavour studying religion, is of course devoutly secular. In fact, we tend to take the connection between secularity and the academy completely for granted. But was this always the case? If not, how did it become so? And what does secular mean in this context?

I spent two years as an English teacher in South Korea. I went because they wanted native speakers in their classrooms and promotional photos, particularly young American females, which made the salary tempting due to capitalistic law. Almost everyone I met there was desperate to learn from me, and I taught just about every demographic imaginable. I crawled on the floor with drooling toddlers, sipped Starbucks coffee with black-tie businessmen, gossiped with housewives over kimchi and tea, and kept awake teenagers cramming for exams until nearly midnight on Friday.

For the most part, overlooking several significant outliers, my students’ goals for learning the language was not communication. The goal was advancement within an extremely competitive system. English was the language of authority. It was generally accepted that English-speaking universities were somehow better than their Korean counterparts to the extent that a degree from a brand-name university was claimed to guarantee career success.

As a scholar trained in this university system, I feel the urge now to offer peer-reviewed evidence in support of my claims. The works I have read suggest a link between the demand for English and a mix of economic colonialism and Confucian values.[1] In my experience, this feels true, but these historical forces are expressed in a nuanced way that I have yet to find clearly or comprehensively expressed in literature. But the phenomenon is certainly there, and for my purpose here, its existence is enough.

What is relevant and clear from my experience in relation to the Masuzawa interview, though, is that British and American universities possess significant authority in Korean culture over the accepted way knowledge should be acquired, classified, and acknowledged.

What Masuzawa’s research shows is something both Koreans and Americans often forget: that the university, even the idea of the university as an institution, has a history, and their structures and traditions are less often the products of pure reason and rather products of specific historical circumstances. They are like the humans who made them, creatures of evolution.

More specifically, as Masuzawa chronicles for us, the current knowledge categories of the university were never inevitable nor even are they permanent as they stand. The interview shows us specifically how our current of understanding of religion is particular to our current point in history.

As a student of religious studies raised in the American intellectual tradition, this history, once pointed out, is obvious. Moreover, it is embedded within my language. In English, I can easily think of religion as an abstract concept, and call to mind specific behaviours that I think of as religious. Yet as the history of scholarship on religion shows, defining religion itself is a slippery task and has mostly abandoned.

The ability to be within an institution of knowledge and to still be critical of its foundations and categories is important. We can become aware of the logical fallacies and dialectical reactions within our institutions and work to correct them.

My point, however, is that the history of the university is not well known and perhaps is even willfully ignored in places where a degree from elite universities make significant practical differences. This is not limited to Korea, for these institutions are given similar authority by groups everywhere, even by those who are disenfranchised by that very elitism.[2]

Does it matter that many individuals aspiring so hard to attend these schools do not possess a critical understanding of the unsteady ground upon which disciplines draw their lines? In some senses, perhaps not. In time, and once inside the institutions, these individuals may come to understand their history just as I have.

It’s more likely, though, that in the short term, the authority of the universities will stand in the minds of those sending their children to Ivy Prep Academy.[3] That authority can be good when it sets in place standards and practices which leads to clear thinking. However, it also limits categories of thought by predetermining them.

New ideas begin with critical thinking, which is enhanced by diversity.[4] In Korea, for example, I questioned unfamiliar things, and sometimes the subsequent dialogue hatched new thoughts in myself and my students. The reverse process should occur when Korean students attend elite universities. Unfamiliar with the European cultural traditions and their associated thought trenches, they should question the standards and categories of knowledge. It is likely, though, that because of the status they give to elite universities, such questioning rarely happens. As a result, it is likely that they too will adopt the language of European universalism.

While I respect Masuwaza’s work on many levels, I mostly like it because she reminds me, again and again, to look at my tools of inquiry and see how my tools have shaped what I have found.

[2] Mullen, for example, describes how some high-achieving but less-wealthy students avoid elite schools precisely because of they are elite. Mullen, A. (2009) Elite Destinations: Pathways to Attending an Ivy League University. British Journal of Sociology of Education. 30(1): 15-27.

[4] The relationship between critical thinking and diversity has often been studied. For example, see Laird, T. (2005). College Students’ Experiences with Diversity and Their Effects on Academic Self-Confidence, Social Agency, and Disposition toward Critical Thinking. Research in Higher Education. 46(4): 365-387.