Studying Tantra from the Inside and Out

In this interview on ‘Studying Tantra from the Inside and Out’, Douglas R Brooks allows the listener an insight into his own personal and academic development, and an account of how various factors led him to the study of South Indian Shrividya Shakta Tantrism. There are many interesting elements to consider therein,... 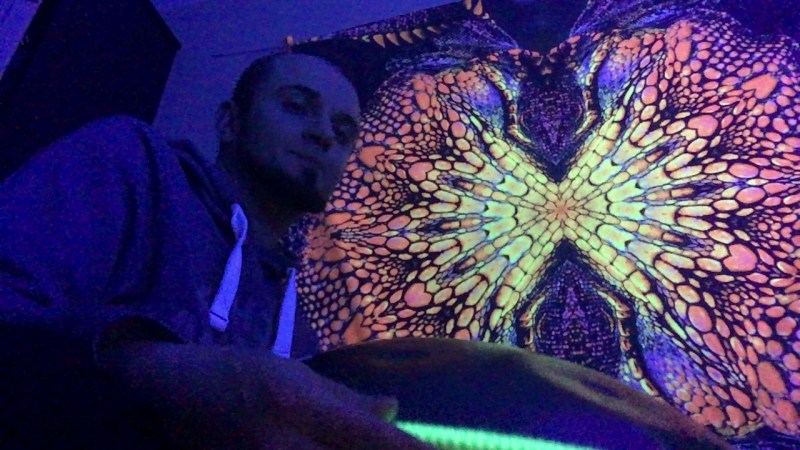 Studying Tantra from the Inside and Out

In this interview on ‘Studying Tantra from the Inside and Out’, Douglas R Brooks allows the listener an insight into his own personal and academic development, and an account of how various factors led him to the study of South Indian Shrividya Shakta Tantrism. There are many interesting elements to consider therein, but for me, the interview first and foremost appeals to one of the core debates within Religious Studies: the insider/outsider debate. Due to the interview’s largely autobiographical focus, I find it most useful when viewed as an elaboration on this discussion, and I hope, in this short response, to highlight elements of the ongoing debate. Specifically, I wish to highlight the shifting nature of the categories of ‘insider’ and ‘outsider’; emphasise the position of the ‘other’ in judging the status of the researcher; and to consider how the researcher may work to position themselves in this dynamic.

One of the RSP’s earliest interviews with George Chryssides covers the insider/outsider debate, and raises several questions in relation to it – as does Katie Aston’s response, in which she explores the question of whether it is best for the scholar (or more specifically, the anthropologist) of religion to have any belief in order to relate to the individuals that they research.   Most would agree that being an insider or outsider to the group that one studies will always be on some sort of spectrum, with few clear or stable boundaries. The researcher’s position in this spectrum will alter according to various identity markers, including whether or not they are already an accepted member of the community being researched, or indeed if they are a ‘believer’ in any capacity; but also according to markers such as nationality, ethnicity, native language, age, and gender.  Each of the researcher’s identity markers will be perceived differently by the individuals they encounter, and this will define the extent to which one is perceived as an ‘insider’ or an ‘outsider’ by each individual.  This sets a broad background for the interview with Brooks, a scholar renowned for his research on (and deep involvement) in Shakta Tantra in South India.  Several of the aforementioned ideas arise particularly prominently in this interview.

Starting with a more general consideration of being an insider or outsider to a typically Christian, North American background, Brooks discusses his experience of being brought up in a non-religious household, using the somewhat revealing phrase that he ‘didn’t have to undo a great deal’.  By casting his non-religious upbringing as an advantage, Brooks consciously positions himself outside of the sphere of traditional religion in the North American context. Despite appearing to be grateful for this lack of religious influence in his early life, he also describes how this later led to him being somewhat of an outsider on his University course, which assumed that students of comparative religion would come from a Judeao-Christian background, and would have some form of committed belief. Brooks clearly felt that he did not fit this mould.

However, to avoid reiterating previous discussions about the effects of a (non)religious background, I prefer to focus on one theme that emerges particularly strongly in this interview: that of language, and the great effect that it can have on the status of the researcher. Brooks clearly places great value on his own command of Sanskrit and Tamil, and indeed, his knowledge of these languages has afforded him a unique understanding of South Indian Tantric and Goddess traditions that few scholars can match.  The importance placed on language also leads him to refer to a past lecturer on Hinduism and Buddhism as ‘a well-meaning amateur’ due to his lack of first-hand knowledge of Sanskrit, which thus denied him direct access to the literature (here, Brooks perhaps overemphasises the role of texts).  Clearly, Brooks’ skill in this area can afford him increased access to not only the literature of his field, but to individuals and communities in South India today – contributing toward his efforts to become an insider.  On a more practical level, advanced linguistic ability also avoids the complexities of employing a translator in the fieldwork setting – an arrangement which risks a loss of nuance, and reinforces the researcher’s position as an outsider through the translator’s necessary presence and involvement.

As well as aiding in his research in South India, this linguistic ability also gives Brooks social and cultural capital for the groups that he speaks with during his public engagement events: one attendee and blogger writes, ‘It blew my mind when he lead puja on the last day.  He busted out mantras as if he were born a Brahmin. Dude can read Sanskrit!’. Through his use and knowledge of languages, Brooks can thus be perceived by America yoga students as more of an ‘authentic’ insider to those South Indian traditions which he studies.  This in turn can afford him the status of an insider to the yoga community, which places high value on these relatively rare skills.

This also raises the question of Brooks’ status to those involved in the North American yoga community, in which he lectures extensively on Tantric philosophy and appears to be considered a yoga teacher.  However, unlike the vast majority of yoga teachers, he does not teach asana (as far as I can tell).  Thus Brooks straddles the spheres of the academy and the yoga world, finding a place in both but not as a ‘typical’ member.  This straddling echoes that done by Brooks’ own mentor, Dr Sundaramoorthy.  It seems that for Brooks, Sundaramoorthy represented an ideal insider to the both the academic world and the world of South Indian Tantrism, as he studied Shakta Tantrism academically, was skilled in languages, and was born to an orthodox Brahmin family.

Finally, we can take a more removed perspective and consider Brooks’ positioning of himself to the audience, and the language used therein – already touched upon in his comment on not having to ‘undo’ the effects of a religious upbringing.  Although it is important not to hypothesise too imaginatively on the interviewee’s choice of words or topics to cover, we can at least consider the effect they might have on the audience.  For example, Brooks explicitly places himself outside the ‘hippy movement’ of the Beatles’ era, as well as emphasising his removal from the modern postural yoga movement exemplified by figures such as K. Pattabhi Jois, B.K.S Iyengar, and Tirumalai Krishnamacharya. What does the interviewee convey to the audience by doing so?  To me, Brooks seems to emphasise his commitment to studying South Indian traditions in their more classical or traditional forms. However, by doing so, he could perhaps be casting himself as a more ‘authentic’ researcher and insider of Indian traditions by maintaining some distance between himself and the New Age movement, often subject to accusations of cultural appropriation, a lack of historical understanding, and being more ‘lightweight’.   As well as looking at what is said in this interview, we can also consider what is not said. Brooks’ own involvement in the North American yoga world is downplayed as his ‘weekend job’ of public engagement, which partially obscures the fact that this isn’t done in an entirely academic capacity, but also in the capacity of a devoted teacher of the Rajanaka Yoga philosophy.  The listener wonders whether Brooks’ downplaying of his involvement with the North American yoga world could perhaps be an appeal to greater academic credibility, and to the academy’s preference for highly objective empirical accounts of religious phenomena.

I find autobiographical interviews such as this valuable for the themes that emerge throughout the narrative, such as that of the researcher’s status as an insider or outsider.  I hope that this short response has highlighted the complexity of relationships between Brooks (as the researcher) and the other social actors he encounters including, but not limited to: the individuals and communities he studies; his mentor, Dr Sundaramoorthy; the North American yoga world; the academy; and the listeners of this podcast – all of whom, I suspect, will judge him as an ‘insider’ or ‘outsider’ to wildly varying degrees.