Beit-Hallahmi rightly notes that psychologists of religion focus on the psychological common denominators that associate with religious beliefs. Some of these are cognitive processes; for instance, Barrett (2000) has discussed the ‘Hyperactive Agent Detection Device’, a cognitive feature whereby humans (and some animals) tend to misperceive the movements of objects in the world as intentional, even if the object is,

Stuart Ritchie is a PhD Psychology student at The University of Edinburgh. His main research interests are in education and learning, with secondary interests in the psychology of religion and the paranormal. A list of publications can be found here:http://timeoutofmindblog.wordpress.com/about/

Stuart Ritchie is a PhD Psychology student at The University of Edinburgh. His main research interests are in education and learning, with secondary interests in the psychology of religion and the paranormal. A list of publications can be found here:http://timeoutofmindblog.wordpress.com/about/

By Stuart Ritchie, University of Edinburgh

Beit-Hallahmi rightly notes that psychologists of religion focus on the psychological common denominators that associate with religious beliefs. Some of these are cognitive processes; for instance, Barrett (2000) has discussed the ‘Hyperactive Agent Detection Device’, a cognitive feature whereby humans (and some animals) tend to misperceive the movements of objects in the world as intentional, even if the object is, say, an inanimate one, caught by a gust of wind. While such processes are fascinating, and important for understanding why people glean meaning from randomness, here I’d like to focus on two ‘individual differences’ variables, which might also be important ‘common denominators’ of religion – personality and IQ.

First, we should define ‘religion’. There is now a consensus in the psychology of religion that religiosity reflects more than just one binary factor (‘are you religious or not?’) or one unidimensional scale (‘how religious are you, from 1-10?’). We now mostly agree that religiosity is complex and multifaceted, being made up of a number of separate factors, upon which people vary. However, there is no consensus on what these factors are. Kendler et al. (2003) found seven separate factors, including ‘social religiosity’ and ‘unvengefulness’. Saroglou (2011) builds a four-factor model of religiosity: ‘believing, bonding, behaving, and belonging’. For want of a consensus on these factors, in the remainder of this article I will refer to religiosity facets as each researcher conceived of them, and give a reference in each case.

The various traits of personality, assessed using validated questionnaires, have been linked to the dimensions of religiosity outlined above. In a meta-analysis, Saroglou (2002) showed that the traits most commonly associated with general religiosity are Agreeableness and Extraversion. More fundamentalist beliefs tend to be associated with low Openness, whereas those of a ‘spiritual’ bent tend to have high Openness (for discussion of these traits, see Matthews, Deary, & Whiteman, 2009). This implies that an individual’s religiosity will to some extent depend on their basic personality tendencies, such as how engaged they tend to be with new experiences – a perfect example of one of Beit-Hallahmi’s ‘common denominators’.

In addition to personality, a great many studies have shown negative associations between religiosity and intelligence – that is, more intelligent people tend, on average, to be less religious (e.g. Lynn, Harvey, & Nyborg, 2009; Nyborg, 2009). Recently, my colleagues Gary Lewis, Tim Bates, and I looked into this question using a large dataset called the MIDUS (Kessler, Gilman, Thornton, & Kendler, 2004), which included around 2,300 US adults who had been asked a variety of questions regarding their religiosity (among vast numbers of other measures) and who had sat a full-scale IQ test (Lewis, Ritchie, & Bates, 2011).

The most fascinating point here is that, even though IQ measures just involve simple mental test questions (e.g. ‘how many words can you think of that start with the letter B?’), they can predict how an individual will answer profound religious questions about meaning and existence. I would argue that such variables should not be ignored in our search for religion’s common denominators.

As well as just asking about the correlates of religiosity, we might want to go one step further. We’re very fortunate to have a great deal of data from studies which are longitudinal – that is, studies that collect data at one starting point, and then collect more, many months, years, or even decades later. The most comprehensive such studies will start collecting data at birth, and follow the participants up at many times throughout their lives. One very well-known example is the National Child Development Survey, which assessed every child in England, Wales, and Scotland in 1958, and continues to follow them up to this day (Power & Elliott, 2006). A wealth of data has been collected, from measures of social class of each individual’s family, to their education data, their political opinions, and a wide variety of health and biomedical measures. As you can see, the potential for research here is enormous, given the right statistical tools and expertise.

So, using such a dataset, we might wish to ask questions on religion similar to those of Beit-Hallahmi, about those individuals who lose, gain, or change their religion over the lifespan. Do people from low socioeconomic backgrounds, compared to better-off individuals, tend in later life to remain members of the religion into which they were born? Do those with high levels of intelligence as children tend to give up on religion when it comes to young adulthood, or are the effects of education stronger? What are the effects of parents versus those of peer groups on choice and strength of fundamentalism compared to spirituality? Do people who show an interest in particular academic subjects, say physics, become more spiritual than those interested in, say, philosophy? Do people with more health problems turn to fundamentalism as their lives become more difficult? These are just a few top-of-the-head examples of interesting questions that could be asked, with the right data to hand.

However, to ask such questions, we need good information on religion. As discussed above, researchers have tended to focus on binary or single-scale measures of religiosity, which we know are very blunt instruments at best. Sadly, the large longitudinal studies are often no different, and few of them (to my knowledge) have asked their participants detailed questions about their religious practices and beliefs. My colleagues and I are currently on the lookout for a longitudinal dataset with measures of cognition and a nuanced set of religious questions.

The very best research of this sort will have a control group, to whom the researchers can compare the individuals of interest. How do, for example, the people who convert to a different religion during their lifetime compare to those who don’t? The right control group is critically important but, as Beit-Hallahmi points out, very difficult to find. In his experiments on converts, he used a group of university students as controls. As he noted, student participants are easily available, but hardly a great comparison – they may differ in myriad ways from the people under study. Beit-Hallahmi mentioned another experiment where he used the siblings of converts as controls; this group would be more similar to the converts, but again, hardly perfect. Could we do any better?

I’d suggest we could. An even better design presents itself, which edges closer to the ‘holy grail’ (no pun intended) of causality: the Monozygotic Discordant Twin Design (Vitaro, Brendgen, & Arsenault, 2009). This is somewhat different to the classic twin study, which you may have heard of and which has been used in some previous research on religion (Lewis & Bates, revision submitted). The logic is this: we know that identical (monozygotic) twins share 100% of their DNA. We also know that they share the same home environment, if they’re raised by the same parents. Thus, they are each other’s perfect controls: genetic clones who are also brought up similarly. If these twins differ (are ‘discordant’) on some variable, we can be more confident that it is due to an environmental factor (for instance, education, peer group, or life experiences), which we can then investigate.

This argument becomes even stronger when longitudinal data are used: perhaps twins higher in openness at age 16 will go on to become more spiritual than their co-twins. Perhaps the twin with higher intelligence and a better education will be less likely to believe in fundamentalist religion in later life. Thus, instead of just knowing that two variables go together, we’d be able to assess whether the association is due to nature or nurture, and the development of that association across time.

Alas, good twin datasets are rare, and difficult to collect due to the relative rarity of twins themselves. Collection of more nuanced, complex religious information in longitudinal and twin samples (and longitudinal twin samples!) – as long as it is collected along with important cognitive and personality variables – would greatly increase researchers’ ability to gain useful, rigorously-tested knowledge about the psychology of religion. 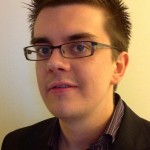 Stuart Ritchie is a PhD Psychology student at The University of Edinburgh. His main research interests are in education and learning, with secondary interests in the psychology of religion and the paranormal. A list of publications can be found here: http://timeoutofmindblog.wordpress.com/about/

Saroglou, V. (2002). Religion and the five factors of personality: A meta-analytic review. Personality and Individual Differences, 32, 15-25. Available at: http://www.uclouvain.be/cps/ucl/doc/psyreli/documents/2002.PAID.ReliBFive.pdf