State Funding for Religious Schools: What the US Supreme Court Should and Likely Will Do in its Espinoza decision

After Espinoza v Montana, the U.S. commitment to church/state separation, which has been the strongest in the school context, no longer may be assured, writes Martha McCarthy in this week's featured response. 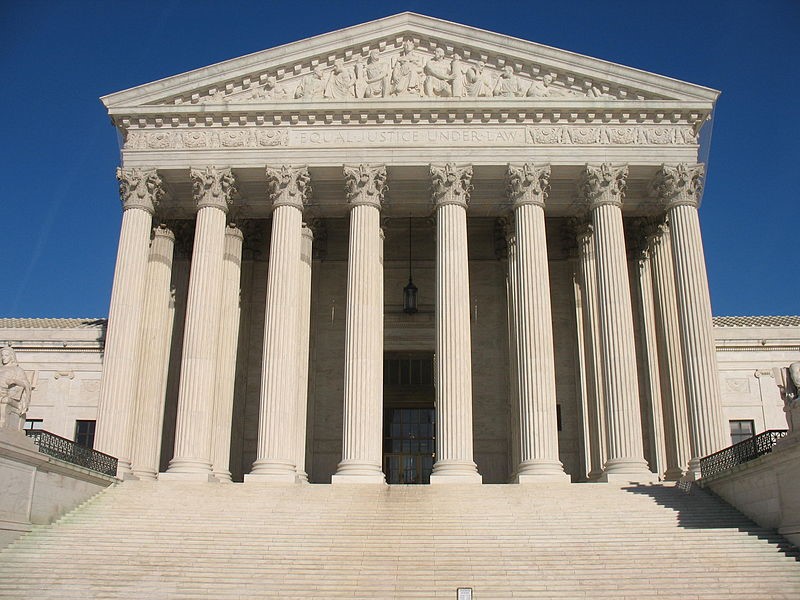 Martha McCarthy is a Presidential Professor at Loyola Marymount University and a Chancellor’s Professor Emeritus at Indiana University.  She specializes in education law and policy, emphasizing First Amendment rights.  She has written more than 10 books and 350 articles/ book chapters and has served as President of the Education Law Association and the University Council for Educational Administration.

Martha McCarthy is a Presidential Professor at Loyola Marymount University and a Chancellor’s Professor Emeritus at Indiana University.  She specializes in education law and policy, emphasizing First Amendment rights.  She has written more than 10 books and 350 articles/ book chapters and has served as President of the Education Law Association and the University Council for Educational Administration.

Separating Religion and Government…But What Is Religion?: A Look at the US Supreme Court

Americans generally affirm the importance of separating "church" and "state." But what does church--or religion--mean? Hear two leading religious freedom lawyers discuss the meaning of religious freedom in key #SCOTUS cases, including one before the Court this term.

State Funding for Religious Schools: What the US Supreme Court Should and Likely Will Do in its Espinoza decision

I thoroughly enjoyed the Religious Studies Project podcast on Espinoza v. Montana Department of Revenue and related cases.  The panelists and moderator did a skillful job of describing the complicated issues pertaining to First Amendment church/state concerns.  They covered several other important cases pertaining to religious exemptions, accommodations, and discrimination that could be the focus of my response, but I have decided to limit my comments to the Espinoza case before the Supreme Court and the Court’s likely reliance on Trinity Lutheran Church v. Comer (2017) in rendering its Espinoza decision.

Since the 1980s, the Supreme Court has become increasingly accommodationist toward religion in terms of allowing public funds to be used in sectarian schools.  In a number of cases, the Court has found no Establishment Clause violation in using public funds for services in religious schools.[1]  However, for the first time, in Trinity Lutheran, the Court ruled that there is a Free Exercise Clause entitlement to participate in a governmental program that is available to public entities.  Our panelists rightly noted that the Trinity Lutheran decision was somewhat narrow, focusing on whether a religious preschool program was entitled to compete for a state grant that was available to secular programs.  Trinity Lutheran did not involve the use of state money for the instructional program in private schools as vouchers and tax credit/scholarship programs do.  The Court may use Espinoza to extend the reach of the Free Exercise Clause.

Most states have constitutional provisions barring the use of public funds by religious institutions and prohibiting states from compelling citizens to support religion.  In fact, only three states, Louisiana, Maine, and North Carolina, have neither of these clauses.  While school voucher programs have generated some mixed judicial opinions, no state high court had struck down a tax credit/scholarship program until the 2018 Montana Supreme Court decision.[2]

The Supreme Court could narrowly affirm the Montana Supreme Court’s holding by ruling that Montana’s constitutional provision barring direct or indirect appropriations or payments to religious institutions is unique and more stringent than the wording of “no aid” clauses in most other state constitutions.  This point was made in the Espinoza majority opinion, even though many other states also have strict “no aid” provisions.  Such a ruling would have little precedential value and would leave intact other state high court decisions upholding tax credit programs.

A broader rationale to affirm the Montana high court would be for the U.S. Supreme Court to rely on its 2004 decision, Locke v. Davey, in ruling that states have discretion to enact stronger “no aid” provisions than demanded by the federal Establishment Clause.  This reasoning was widely supported until recently, but it was called into question by the Trinity Lutheran decision.  In essence, the Court could affirm that states can go further than the federal Establishment Clause in barring the use of public funds for religious purposes and institutions.

The broadest rationale to strike down the program would be for the Supreme Court to adopt the reasoning of the Espinoza concurring judges and rule that the Montana tax credit/scholarship program violates the First Amendment’s Establishment Clause as well as the Montana Constitution by endorsing/advancing religion.  An objective analysis of the intent of this clause and litigation through the 1970s supports this conclusion.  But considering the orientation of the current Supreme Court toward more religious accommodation, it is highly unlikely that a majority of the justices will take this position.

If the U.S. Supreme Court concludes that the tax credit/scholarship program is constitutionally permissible under the Montana and Federal Constitutions, which it probably will do, several rationales are also available for it to reverse the Montana Supreme Court.  It might conclude that the tax credit/scholarship program meets constitutional requirements because the money flows to religious schools only because of parents’ decisions to send their children to such schools, as it concluded in 2002 when it upheld a voucher program in Zelman v. Simmons-Harris.  In essence, the Court majority concluded that a program is constitutional if private – not government – decisions funnel public funds to sectarian institutions.  Or the Court could use the child benefit rationale in that the money is benefiting the children and not the religious institutions, as it has in several cases allowing public aid to support various services for children attending religious schools (e.g., Mitchell v. Helms, 2000).  The Court could further hold that the program is not subject to constitutional attack by taxpayers who have no standing because the credits are not yet in the state treasury, as it did in 2011 when it reviewed Arizona’s tax credit/scholarship program in Arizona School Christian Tuition Organization v. Winn.

The broadest rationale to reverse the Montana Supreme Court would be to rely on Trinity Lutheran in holding that parents have a Free Exercise right to participate in a public benefit. As asserted by the parents who challenged the rule excluding faith-based schools in the Montana tax credit/scholarship program.  If the Supreme Court reaches this conclusion, it would solidify that the Trinity Lutheran rationale negates “no aid” constitutional provisions across states and would conflict with some lower court rulings as well.  Whether all such decisions are now invalid was left slightly ajar in Trinity Lutheran, but the Court’s Espinoza decision could eliminate any lingering doubt.

The current Supreme Court is most likely to adopt the last option and reiterate the dominance of Free Exercise rights and thus firmly establish a hierarchy between the First Amendment’s religion clauses.  This goes against the historical understanding of the Establishment and Free Exercise Clauses in our nation.  Concurring Judge Sandefur declared in Espinoza that while the Establishment Clause provides an explicit prohibition on governmental action, “the Free Exercise clause is nothing more than a protective shield against government interference in the free exercise of a citizen’s chosen religion. . . . The Free Exercise Clause is not, nor did the Framers intend it to be, a sword of affirmative right to receive government aid” (435 P.3d at 624).  This widely supported stance no longer may be accurate, and the dominance of the Free Exercise Clause might be used in other cases for individuals to assert entitlements.  In the school context, staff members may claim a free exercise right to express their religious views in public schools, and students might assert a free exercise right to expression based on their religious beliefs that is hurtful to classmates (e.g., condemning homosexuality).  The national commitment to church/state separation, which has been the strongest in the school context, no longer may be assured.

A Supreme Court holding that the Free Exercise Clause entitles parents of private school students and the sectarian schools themselves to participate in tax credit/scholarship programs would have significant implications for the nature and structure of education in our nation.  Such a ruling would certainly provide an incentive for additional states to enact school choice measures that allow public funds to be used in sectarian schools.  It has been assumed in our nation that parents have a right to select private schooling for their children, but this does not mean the state must pay for such a choice.  This longstanding principle seems to be in jeopardy.

The United States was unique by including an anti-establishment provision in its constitution.  Many of the drafters were well aware of the hardships and bloodshed caused by religious persecution and discrimination resulting from co-mingling church and state.  It is imperative that we remain mindful about the dangers of church/state entanglement, especially in the school context, even when such involvement appears benign.  I applaud the Montana Supreme Court for its courageous decision that seems true to First Amendment precedent as well as to the concept of federalism that allows states to go beyond federal constitutional minimums in reserving public funds for public purposes.  However, I do not think the current U.S. Supreme Court will follow suit, so we may be entering a new era in church/state/school relations in our nation.

[1] This response is drawn in part from a longer article I wrote on tuition tax credit/scholarship programs, Martha McCarthy, Espinoza v. Montana Department of Revenue:  Tuition Tax Credits on Trial, Education Law Reporter, 365, 20-37 (2019).  Full citations for all topics and cases mentioned here can be found in that article.

[2] In basic voucher programs, parents are allocated a designated amount of state money that they can direct to the private school of their choice.  Tax credit/scholarship programs use money the taxpayer otherwise would owe in state taxes; in most of these programs, entities (e.g., student tuition organizations) collect the credits and distribute the scholarships, which a specific STO can confine to particular groups of private schools.