Science Fiction and the Para-Religious

[I]t is notable how infrequently religion appears as a major theme in the personal lives of famous science fiction authors and how many, including those for whom religion is a major theme in their work, are themselves either atheists or practitioners of idiosyncratic or unorganized alternative spiritualities... 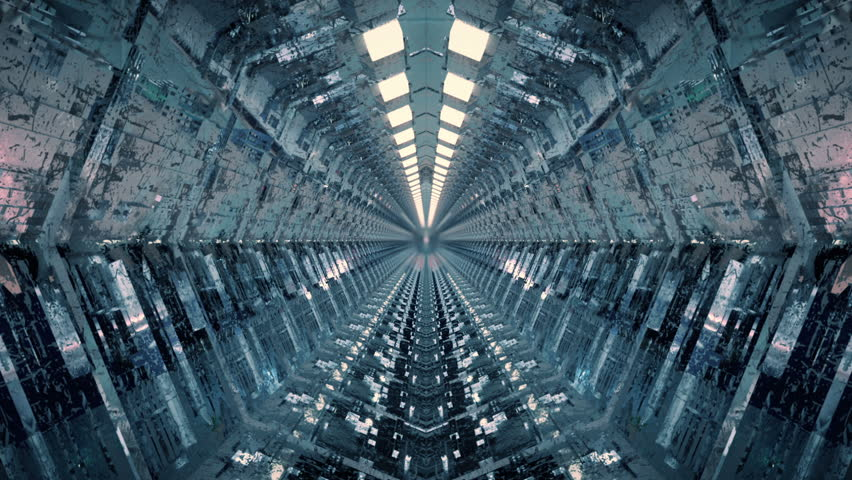 Science fiction and video games are more visible than ever as their popularity reaches record numbers. From classic arcade games to modern open-world sandbox simulators that require hundreds of hours to complete fully, science fiction is one of the most common gaming genres. This podcast explores the ways religion and science fiction appear together in these cultural products, asks how gamers see the value of this play, and how we seek belief in things that are 'out of this world' as a means to escape the present by sharing our hopes about the future.

Science Fiction and the Para-Religious

Written by Race MoChridhe in response to a podcast by Tara Smith and Benn Banasik, interviewed by Raymond Radford.

The bad news about this episode is that I lost a significant bet by only a few seconds when it took until just after the 10:00 mark for Robert Heinlein to be mentioned. The good news, of course, is the very interesting conversation that unfolds from that point. I am not recapping that conversation here; if you haven’t listened to it yet, go listen!

Instead, I want to follow up on a thread the conversation didn’t follow, based on a comment Mr Radford makes just after Ms Smith invokes Strangers in a Strange Land. He observes that:

writing something like [Heinlein’s work] in the 1960s … was completely antithetical to the standards and practices, if you will, of American society at the time. Which brings us to the idea that science fiction is social fiction. So you know, he’s sort-of writing this idea that in the future, possibly, we have comradery and free love. And we’re not being jack-booted into oblivion by fascist governments or anything like that…

The reception history of Heinlein could be a Ph.D. thesis in itself (if it hasn’t already been). What made me smile about this characterization was that, even as Heinlein was bringing the opprobrium of American conservatism down on himself for the promotion of loose sexual mores and socially instrumental pseudo-churches, he was also calling down the vitriol of American liberalism for populating the future with valorized jackboots (à la Starship Troopers or, even more strongly, Space Cadet) that, in confirmation of Ms Smith’s thesis, reflected his real-world enthusiasm for nuclear weapons testing, the Vietnam War, and Reagan’s SDI initiative (an argument over which permanently clouded his relationship with Arthur C. Clarke). The omnivalent gadflyism of Heinlein has been remarked upon frequently, but its importance to his success has been perhaps most deeply recognized by Brian Doherty, who wrote that “[t]hat iconoclastic vision is at the heart of Heinlein, science fiction, libertarianism, and America.”

What does that have to do with religion? A great deal, if one recalls that Pope Leo XIII characterized “Americanism” as a heresy in his Testem benevolentiae nostrae (1899), understanding by it “the confounding of license with liberty, the passion for discussing and pouring contempt upon any possible subject, [and] the assumed right to hold whatever opinions one pleases upon any subject and to set them forth in print to the world”. What that pope might have thought of Heinlein’s novels may be left to the amusements of the imagination. More to the present point was Leo XIII’s concern regarding the suggestions from some American Catholics that “the Church should shape her teachings more in accord with the spirit of the age and relax some of her ancient severity and make some concessions to new opinions”.

Even if one takes some umbrage with the other elements identified as “Americanism” by the Holy Father, this last point—the belief that the future is to be qualitatively different from the past such that, in Henry Ford’s famous saying, “history is bunk” and all human life is open to reinterpretation and reimagination from the ground up—is characteristic of the whole wave of revolutionary republics that trace their inspiration to Lexington and Concord. (Americans tend to be somewhat amnesiac about how much of the rich symbology and rhetoric of the Church’s other great 20th century nemesis—Marxism—sprouted on American soil.) It is also foundational to many (if not most) strains of science fiction writing, which not only use “the future” as a tabula rasa on which fundamental reimaginings of the human condition can be inscribed, but justify those inscriptions on the basis of some form of technological or scientific determinism, where the latent possibilities opened by new feats of engineering or new understandings of the physical world compel reconfigurations of society and the psyche by their own internal logic. What these stories designate as “science” thus functions analogously to “fate” in classical literature or “divine Providence” in medieval writing (or, for that matter, “historical dialectic” in socialist realist novels).

Heinlein coined the term “speculative fiction”, which has now come to be used as a catch-all for science fiction, fantasy, and related genres that presuppose orders of reality in which the conditions of life in the world are fundamentally different from those experienced historically and in the present. Notably, however, this is very different from the sense in which Heinlein originally used the phrase, as a means of distinguishing what we now call “hard science fiction”—science fiction that pays scrupulous attention to the scientific plausibility of its envisioned futures, which Heinlein more or less pioneered and was extremely proud of—as against the more fanciful storytelling common to both the pulp “space opera” adventures of the early 20th century and the great 19th century originators of the genre, for whom the “science” in science fiction was more or less interchangeable with “magic” in fantasy works. Heinlein’s careful “speculation”, as distinct from this wild and uninhibited imagining, brought his work out of the realm not only of the cheap entertainment with which pulp novels had been associated but also out of the domain of allegory and parable in which writers from H.G. Wells to Charlotte Perkins Gilman had pioneered science fiction in the first place. Heinlein’s work became not only thought-provoking but plausible. It is no coincidence that, to my knowledge, his was the first fictional religion to cross over into real-world practice through the Church of All Worlds, as Ms Smith notes.

I will be curious to see the survey results from Ms Smith’s interviews of Nebula attendees, and specifically what they might suggest about authors’ religious affiliations and beliefs. I don’t pretend to any encyclopedic knowledge of science fiction authors, but the only “big name” writer I can think of who is deeply involved in a “formal” religion is Orson Scott Card. (A much less famous example, but notable to me as the subject of some of my own recent research, is Annalinde Matichei, who incorporates the new religious movement with which she is identified—Filianism—directly into the world of her novellas.) I am sure there must be others, but it is notable how infrequently religion appears as a major theme in the personal lives of famous science fiction authors and how many, including those for whom religion is a major theme in their work, are themselves either atheists or practitioners of idiosyncratic or unorganized alternative spiritualities—a phenomenon made all the more notable by the powerful presence of formal religious identity and belief among foundational figures of modern fantasy writing, such as J.R.R Tolkien and C.S. Lewis. Could this be, I wonder, because many forms of science fiction fundamentally depend upon quasi-religious attitudes toward science itself?

Although he came to publicly embrace the term later in his life, Isaac Asimov always retained a certain discomfort with labelling himself an “atheist” because, he said, it was a statement about what he didn’t believe rather than what he did. He often went by “humanist” instead. Is it possible that the general intellectual commitments from which the bulk of science fiction springs—to an iconoclastic questioning of society, a vision of history as qualitatively transformative, and an understanding of scientific knowledge and technical invention as carrying teleological consequence (either in their own right or in their interaction with the known qualities of the human psyche)—are manifestations of a kind of humanism, scientism, or both (depending on one’s emphases and perspective) that is commonly incompatible with majority religious beliefs or else functions cognitively as a substitute for them?

That is, perhaps, where my digression rejoins the main conversation, as Mr Benasik goes on to discuss parallelism in the way avid video game players conceive their experience and the way that religious adherents understand their spiritual engagement. To what extent those parallels could be the result of para-religious aspects of modernity underlying gaming culture and game development (as I have suggested they may underlie science fiction as a genre), versus the extent to which they reflect similarities in the cognitive processing of experience as Mr Benasik explores in the interview, I will leave, with the anticipation of a sci-fi fan awaiting an author’s next release, to his future research.