In this response to Episode 332, Ernils Larsson writes, "A central problem with the principles of religious freedom and the separation of religion and state as they were instituted in Japan under American occupation is that they assume a consensus with regards to what constitutes religion. As Japan was reshaped by the occupation authorities, an American understanding of religion forced a transformation of the public rites of the state in order for them to conform with the notion of Shrine Shinto as a private religion." 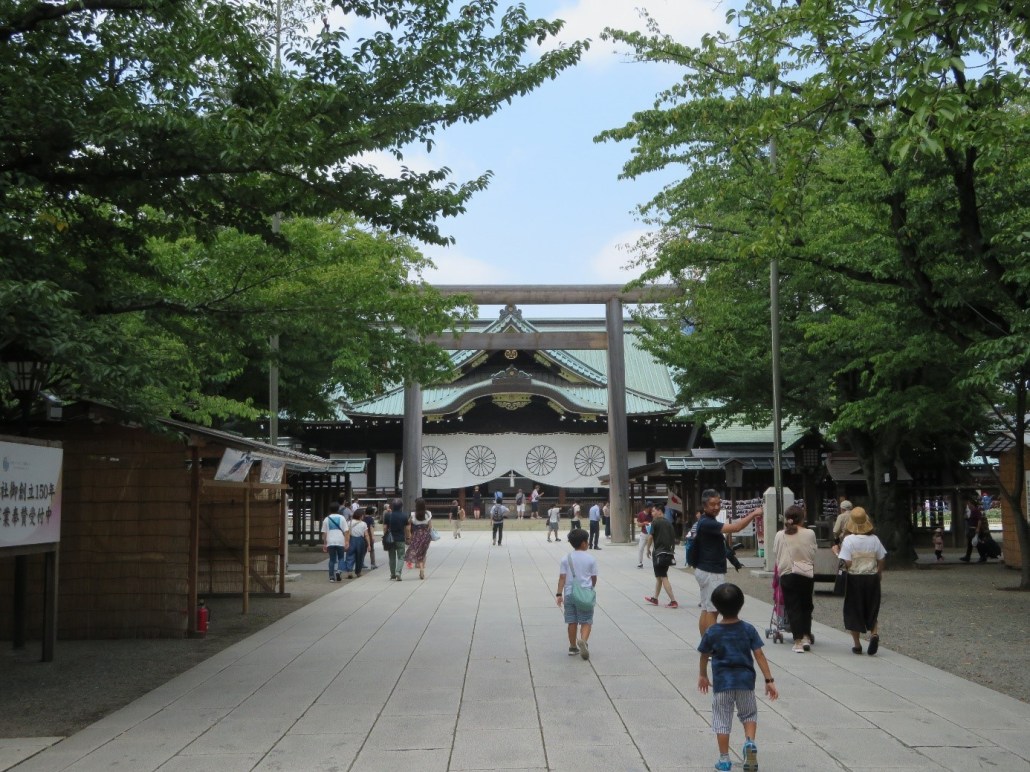 Ernils Larsson holds a Ph.D. in the History of Religions from Uppsala University, Sweden. In his thesis, Rituals of a Secular Nation: Shinto Normativity and the Separation of Religion and State in Postwar Japan, he critically examines how the concepts of religion and Shinto have been argued in Japanese courts of law.

Ernils Larsson holds a Ph.D. in the History of Religions from Uppsala University, Sweden. In his thesis, Rituals of a Secular Nation: Shinto Normativity and the Separation of Religion and State in Postwar Japan, he critically examines how the concepts of religion and Shinto have been argued in Japanese courts of law.

A response to Episode 332 Race, Religious Freedom and Empire in Post-War Japan by Ernils Larsson

Jolyon Thomas’ Faking Liberties (2019) is a book rich in content and themes, and while many of his arguments deserve to be highlighted, I would like to take the opportunity to respond to what I consider a central observation made by Thomas in this podcast: “Religious freedom is a place where you see religion-making happening in real-time, because to free religion people have to designate one thing as religion and something else as not religion.” This statement echoes a point argued by Winnifred Sullivan, who posited that the central problem with legislation pertaining to religion is that it requires “essentialized religion” (Sullivan 2005). In other words, for religious freedom to make sense, we would first have to agree on a common understanding of what religion is, yet since no generally agreed upon definition of religion is ever likely to exist, treatment of religion in courts of law becomes arbitrary. Law, like academia, becomes a place where religion is made, as certain aspects of human culture are designated religion while others are not.

As Thomas notes in the podcast, religion exists in the Japanese vocabulary in part as a direct result of Western demands for religious freedom. This point has been argued in several recent studies (e.g. Josephson 2012, Maxey 2014), which have shown how the Japanese term for religion – shūkyō – was created following domestic debates on how best to make sense of primarily American and Dutch demands for religious freedom made in the mid-19th century. Japanese lawmakers were not only tasked with creating a Japanese equivalent to the Western religion, but they also had to decide upon what exactly was to be included in this new generic category. By the time the principle of religious freedom was written into the Meiji Constitution of 1890, it had been generally agreed upon that there were three religions present in Japan: Christianity, Buddhism, and sectarian Shinto. Significantly, the imperial institution and all rites associated with the emperor and the state were deliberately excluded from the category of religion and were instead considered part of the secular order in Japan, in a system which Jason Josephson has referred to as the “Shinto Secular” (Josephson 2012). This system became known in the postwar period as “State Shinto,” yet as Thomas suggests in the podcast, we could just as well refer to it as prewar “Japanese secularism.”

The American occupation of Japan after World War II signalled a shift in how secularism was envisioned in the country. As Thomas argues in his book, to the American policymakers reshaping Japan into a liberal democracy, “State Shinto” represented a form of “heretical secularism” in which true religious freedom could not be found. Through the Shinto Directive of December 15, 1945, all aspects of Shinto were separated from the state, including imperial rituals and those public rites which were carried out to honour and placate the spirits of the heroic war dead. The directive also firmly established that “Shrine Shinto” belonged to the category of religion: “Shrine Shinto, having been divorced from the state and divested of its militaristic and ultra-nationalistic elements, will be recognized as a religion if its adherents so desire and will be granted the same protection as any other religion” (Shinto Directive). Under the new legal framework implemented during the occupation, including the new constitution of 1947 and the Religious Juridical Persons Law of 1951, formerly nonreligious Shinto shrines were essentially forced to reorganize as religious organizations in order to survive their separation from the state. To the American occupation, the new secular order, in which all religions were equally separated from the state, provided the foundation for a true religious freedom to be carried out in Japan. While religion was already understood in Japan as belonging to the private sphere, the occupation authorities simply ensured that the same was true for everything that they considered to be religion, including Shinto.

A central problem with the principles of religious freedom and the separation of religion and state as they were instituted in Japan under American occupation is that they assume a consensus with regards to what constitutes religion. As Japan was reshaped by the occupation authorities, an American understanding of religion forced a transformation of the public rites of the state in order for them to conform with the notion of Shrine Shinto as a private religion. For an example of this process we can look at Yasukuni Shrine, one of the most central public institutions of the prewar state. At Yasukuni Shrine, the spirits of all those who gave their lives for the nation were enshrined, regardless of the private religious faith of individual soldiers, and all loyal subjects were expected to participate in the public worship of these heroic spirits. While the American occupation authorities had initially intended to destroy Yasukuni Shrine due to its central position in Japanese militarism, the shrine priests and their allies managed to ensure the survival of the shrine in part by arguing for its religious nature (Mullins 2010). After all, as champions of religious freedom, the American occupation authorities could hardly force the closure of a religious institution. Yasukuni Shrine has been organized throughout the postwar period as a private religious institution, yet through its claims to public significance for the nation it continues to be the cause of much controversy. In the 1960s and 70s, the Yasukuni Shrine Bills sought to renationalize the shrine, yet based on the shrine’s status as a religious organization, it was concluded that this would violate the principle of secularism as established by the constitution. The tension between private and public also plays out whenever key political figures pay their respect at the shrine, as postwar legal precedence has found this to be a key factor when deciding whether visits and offerings are allowed or not (Breen 2010).

Above, about 70 Japanese lawmakers visit the Yasukuni Shrine in April 2019. The shrine pays honor to war dead as well as war criminals of World War II, a fact that creates tension with China and South Korea.

A reading of court cases on religious freedom suggests that in general the basic principles instituted under the American occupation are being upheld by Japan’s courts of law. Religious freedom grants citizens the right to freely believe and practice their faith as individuals, and the judiciary tends to support those plaintiffs who demand the right to be different (Takahata 2007). The question of how to define religion as a legal concept is rarely discussed in lawsuits on religious freedom, as these are commonly resolved by reference to the status of the organization an individual adheres to: Jehovah’s Witnesses are registered as a religious juridical person and are therefore considered a religion under Japanese law. Normative assumptions about what religion means in a Japanese context can instead be found primarily in those lawsuits which deal with the principle of secularism, i.e the separation of religion from the state. Reading such lawsuits, it becomes clear that how religion is to be understood in relation to Shinto institutions and rites remains a deeply contested issue. While current Supreme Court precedence favours the view that all religious organizations should be equally understood as religion under Japanese law, this debate is far from resolved (Larsson 2017). There are many influential actors in contemporary Japan who would favour a return to what Thomas in the podcast refers to as “Japanese secularism.”

Directive for the Disestablishment of State Shinto from the Supreme Commander of Allied Powers (December 15, 1945). Available in Mullins, Shimazono & Swanson 1993, pp. 97-102.

Josephson, Jason Ānanda. The Invention of Religion in Japan. The University of Chicago Press, 2012.

Larsson, Ernils. “Jinja Honchō and the Politics of Constitutional Reform in Japan.” In Japan Review, No. 30 (2017), Special Issue Formations of the Secular in Japan, pp. 227-252.