As part of the podcast on pervasive clichés, Chris Cotter interviews Brad Stoddard and Craig Martin regarding their recent work how popular clichés are enculturated within our culture. This conversation explores how clichés are both useful and detrimental to the study of religion in that they frame expectations about religion and speak to the social expectations of religious groups by others. 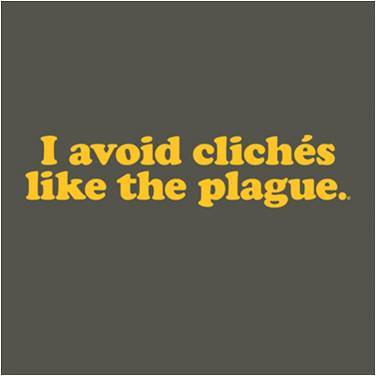 "Religions are belief systems", "Religions are intrinsically violent", "Religion is Bullshit"... these are just some of the pervasive cliches that we might hear from time to time in the English-speaking world about our central topic of discussion on the RSP, 'religion'.

A Response to “Stereotyping Religion: Critical Approaches to Pervasive Clichés”

As part of the podcast on pervasive clichés, Chris Cotter interviews Brad Stoddard and Craig Martin regarding their recent work how popular clichés are enculturated within our culture. This conversation explores how clichés are both useful and detrimental to the study of religion in that they frame expectations about religion and speak to the social expectations of religious groups by others. Craig Martin stated that this was a project as part of his graduate work but recently was addressed in larger detail regarding popular clichés. As a statement of reflexivity, I should note that I have not read the book but rather focus on the themes of the podcast. I should also note that while I have a masters in religion and culture, my main training is in the field psychology with a focus on prejudice. Much of my critique is nested within that literature. I have an interest in religious prejudice and stereotyping, and much of my work is within the field of psychology of religion and spirituality. This response will discuss the themes of intersections on cliché and stereotyping and the potential social psychological implications.

In the beginning, Cotter provides an excellent overview of potential theoretical intersections to this research. Particularly in the interaction between groups and how various theoretical paradigms can inform the structure of research in this area. The richness of these domains is welcome given the complex social topic of religious clichés. The particular value here is the structural explanations of why we form these clichés and the social values in “typing” intergroup dialog. They further explore some of the common clichés from a variety of others. One of the themes is the conflation between cliché versus stigma. While these clichés may be particularly important, it is unclear how Stoddard and Martin came to recognize the popularity of these clichés. Are there examples within popular media, research, or academic literature? They should consider providing further background related to these clichés and how they were derived. This would give the listener a better understanding of source and meaning of such clichés. It could be that in their book Stoddard and Martin provide greater depth on these ideas but in the promotion of the book a short discussion would be useful.

Another theme which emerges is the conflating of stigma with cliché. Stoddard and Martin use the terms seemingly interchangeably, yet they have clear distinctions. If we refer back to Erving Goffman’s work on “The phenomenon whereby an individual with an attribute which is deeply discredited by his/her society is rejected as a result of the attribute. Stigma is a process by which the reaction of others spoils normal identity.” Cliché is an overused opinion or phrase which encapsulates a common idea generally unoriginal and lacking originality (Goffman, 2009). While both have cultural salience, stigma has a socially reinforcing impact which is taken as true while cliché lack the originality without any assumption of truth. In this case, stigma would be common assumptions regarding religious traditions such Catholic’s worship Mary or Jewish individuals are connected to social and financial power. In fact, Kim Rios at Ohio University has been examining stereotyping threat with Christians related to performance on science framed tasks. Dr. Rios and team has observed that when Christians are reminded of their Christian identity, they perform more poorly than when not reminded of their Christian identity (Rios, Cheng, Totton, & Shariff 2015). Based on this, there appears to be evidence that these identities have psychological and cultural salience.  I think a clear distinction would be helpful here.

Another theme discussed is religious identity from the perspective of mutual versus syncretistic identity. The authors suggest the challenges with self-identity in religion particularly when it comes to a society where such categorizations are fuzzy. In the western context, we assume that identity is attributional and constant and yet research has shown that we behave in a variety of ways as prompted by environmental stimuli. Yet, identity is believed to have predictive power in research. Hence the inclusion of a demographic measure only further supports our belief in the predictive power. As we know from social psychology, identity has a variety of intersections among a variety of domains such as political, ideological, gender, and religious. Here is where the theory of nested identity is particularly salient. In this theory, some identities are more important than others to individuals particularly when driven by context. The more central the identity, the more cultural importance we place on that identity and yet in some contexts we have mixed identities which are not clear as to how they diverge from each other. In some fields these identities are intersectional while in other fields they are considered interactional statistically. Stoddard and Martin discuss these overall challenges with such identities and how we attempt to force people into single categories (Ybeme, Keeenoy, Oswick, Beverungen, Ellis, & Sabelis, 2009; Turner, 1984). This is a useful discussion as it shows the challenges in conducting research with various groups and making overall assumptions regarding these groups including clichés.

A final discussion of pertinence is related to the power of identity. Particularly, Chris Cotter and Stoddard and Martin discuss the differences between religious identity and stamp collecting. The assertion here is that such identities are interchangeable with similar characteristics. I would argue that they miss one critical aspect of identity in this conversation: some identities have greater salience and cultural tension than others. Stamp collecting is only socially charged when it carries social importance. For example, in the atheist literature, atheism is socially charged but only in the contexts of culturally salient Christianity where the identity is important. In more secular contexts, Atheism is not a culturally charged identity. This is where cliché is culturally important particularly when these themes relate to social meaning-making and value.