Religion Without Culture is No Religion at All

If content can explain the tendency to hold supernatural beliefs, but cultural learning is required to create religions, then we can make specific predictions about how these things should vary around the world. I’d like to start by thanking Jon Lanman for his insightful description of CREDs, CRUDs, and the larger issue of content and context biases as the foundations of religion. 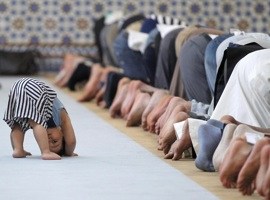 Aiyana Willard is a Ph.D. Candidate at The University of British Columbia in evolutionary and cultural psychology. Her work focuses on how cognition and culture interplay to create religious, spiritual, and other types of supernatural beliefs. Aiyana also does cross cultural field research with the Cultural Evolutions of Religion Consortium (CERC). She has established a field site in Fiji where she works with Hindu, Muslim and Christian populations on questions of intergroup cooperation and conflict, and the impact of religious belief.

Aiyana Willard is a Ph.D. Candidate at The University of British Columbia in evolutionary and cultural psychology. Her work focuses on how cognition and culture interplay to create religious, spiritual, and other types of supernatural beliefs. Aiyana also does cross cultural field research with the Cultural Evolutions of Religion Consortium (CERC). She has established a field site in Fiji where she works with Hindu, Muslim and Christian populations on questions of intergroup cooperation and conflict, and the impact of religious belief.

Religion Without Culture is No Religion at All

I’d like to start by thanking Jon Lanman for his insightful description of CREDs, CRUDs, and the larger issue of content and context biases as the foundations of religion. I want to focus my comments on this last part: the differing roles of content biases and context biases in explaining religion. The cognitive science of religion has spent much time and effort identifying different content biases that relate to religious belief, and has paid very little attention to the role of culture and cultural learning. The work that has been done by Lanman and others has shown that CREDs, and other context biases, play a fundamentally important role in understanding religions and religious belief (Lanman 2012), and I’d argue explain the bulk of what we generally think of when we think about religion.

One of the first things to recognize is that content and context biases play very different roles in the explanation of religious belief. I will leave aside minimally counterintuitive content (for all the reasons presented in Purzycki & Willard, 2015), and focus on theory of mind and agent based content (see Willard and Norenzayan, 2013). As Lanman mentioned, content biases constrain the type of supernatural concepts we are likely to create and explain why certain types of concepts are common in religions around the world. These biases explain things like why anthropomorphic gods are more compelling and more common than the idea of God as an abstract concept, but they have little to say about why we should believe in one person-like god over another. Context biases, on the other hand, explain all the parts of religion that we learn from other people. These are the cultural parts of religion. Context biases cause us to pay attention and learn from some people or groups over others, and therefore adopt the beliefs and practices of those people/groups over the beliefs and practices of others. Put simply, content biases can help explain why Zeus is very much like a person, but context biases are required to explain why people stopped believing in Zeus in favor of other Gods (Gervais & Henrich, 2010).

This problem of belief—known as the Zeus problem or the Mickey Mouse problem—is often talked about but rarely reflected on in any great depth. I see this problem as a much more fundamental one than just the problem of why people believe in one god over another. It is a problem of why people adopt complex religious beliefs and practices at all. The intuitive appeal of some types of content over others cannot explain why or how this content coalesces into religious traditions or why traditions that have persisted for centuries suddenly change or fade away.

I have shown before that individual differences in the susceptibility to these content biases do predict the likelihood that a person holds religious or other supernatural beliefs (Willard and Norenzayan, 2013). I would add that these findings should only apply in places where religion is optional. A person who is raised in a culture where religion is endorsed and practiced by most, or all, other people is unlikely to even consider the possibility of non-belief, regardless of their intuitions. The forces of conformity, prestige, and credibility will easily trump any lack of intuition. Even the most unintuitive of ideas can persist in a culture with some amount of learning (calculus is not going to disappear anytime soon).

On the other side, a person who is highly affected by these content biases but raised in a culture with no religious traditions is not going to spontaneously create Christianity and all its traditions (even Jesus needed help with this). At most, these content biases would create the sense that additional invisible minds exist in the world, and maybe, a desire to explain this feeling. Even in a culture in which some people are religious and some are not, strong intuitions are unlikely to lead people to religion without some input from culture, especially if there are other options.

In recent work, I have looked at exactly this. In a large study conducted in the Czech Republic and Slovakia, done in collaboration with Lubomir Cingl and Ara Norenzayan, I found that susceptibility to these content biases predicted far more of the individual variance in paranormal beliefs (21%) than in the belief in God (8%), and almost no variance in religious participation (3%). Exposure to religious CREDs showed the opposite effects. CREDs explain a substantial portion of the variance in religious participation (25%) and belief in God (15%), while explaining almost no variance in paranormal beliefs (2%). Content-based intuitions did lead people to believe, just not necessarily in religion. It was the CREDs that brought people to praise the lord (Willard, Cingl & Norenzayan, n.d.).

If content can explain the tendency to hold supernatural beliefs, but cultural learning is required to create religions, then we can make specific predictions about how these things should vary around the world. First, we should expect supernatural beliefs would persist in some proportion of the population even when religion declines. Second, cultures that have no religious beliefs should exist, but cultures devoid of all supernatural beliefs should not. I have two examples that demonstrate exactly these things. First, the high rate of supernatural belief among the religious ‘nones’, and the rise of the ‘spiritual but not religious’ suggest that many people who leave religion maintain some type of supernatural beliefs. In my own research I find that though only 18% of the 1000 people we sampled in the Czech Republic claim to be religious, 56% endorse the belief in some type of deity or spiritual power, and only 22% explicitly claim to believe in nothing at all.

The second, far more compelling, example is the Hadza of Tanzania. The Hadza are one of the few hunter-gatherer societies still remaining on the planet, and they have no ritual practices or any formal belief system (Marlowe, 2010). What they do have is basic supernatural beliefs. Many Hadza believe that the sun is a god, and some believe that the moon is too, but these beliefs are not shared by everyone nor are they enforced. Though supernatural beliefs exist among the Hadza, they have never coalesced into something that we would identify as a religion. They have not lost their religious beliefs through increased existential security and modernization. Science has not given them an alternative to religion. They simply never created a religion in the first place.

None of this suggests that content biases are not important; they are extremely important, but they explain only a small piece of the larger puzzle that is religion. Content biases can explain why supernatural beliefs are everywhere, but when we talk about religions, we are often not talking about this. When we talk about religions, we are generally referring to the complex sets of beliefs and practices that extend far beyond these basic intuitions. Since we humans are a highly cultural species, we cannot help but pass our beliefs to others and build traditions around them. It is this process that drives the creation of religions. Content biases are more like a slow moving current than a rushing stream. They can push our boat in one specific direction, but only if no one is rowing in the boat in another direction. Rowing up stream may be more effortful than rowing down stream, but ultimately it is the rowing that will get us where we are going.

Lanman, J. A. (2012). The Importance of Religious Displays for Belief Acquisition and Secularization. Journal of Contemporary Religion, 27(1), 49–65