Redefinition of the eclectic group-identity

"In a way, when registering themselves, non-institutional religious groups take a step toward being more institutional and possibly even hierarchical – even if there is not much of hierarchy within the group to begin with." In the podcast Suzanne Owen refers to the Druidry's manifold self-identification situation. It seems to me this is a wide-spread phenomenon where there are conflicting ideas about how 'religion'...

In a way, when registering themselves, non-institutional religious groups take a step toward being more institutional and possibly even hierarchical – even if there is not much of hierarchy within the group to begin with.

Redefinition of the eclectic group-identity 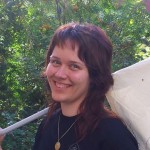 In the podcast Suzanne Owen refers to the Druidry’s manifold self-identification situation. It seems to me this is a wide-spread phenomenon where there are conflicting ideas about how ‘religion’ should be defined in practice of less institutional groups and more or less eclectic individuals as opposed to what it seems to be in the traditional and institutional context. When written tradition is forced on non-written tradition, conflicts of definition are bound to happen. Druidry is mostly used as a term for a tribute to the ”ancient Druidic ways” that are believed to have been the practice in Britain. The quality of the details is then dependent on how an indivual – or a group – uses this idea of Druidry. Similarly, in Discordianism – a parody at it’s birth – there is an idea of it being a religion since it has a Goddess, a book and so on, but in practice the ideas of freedom and humour as salvation are more important to an individual than what is written about Eris, the Greek goddess of discord (Cusack, 2010; Mäkelä, 2012).

Like in religious devoutness, there are different levels of commitment in the way an ideology or a tradition is used – be it as a religious practice, philosophy or folklorism or something completely different. In my own studies with Discordians, I have come to learn that the use of Discordianism varies from political to philosophical to religious or plain humorous depending on the individual, the time and the place. The membership of the Archibishop of Canterbury in a Druidic society does not necessarily affect the status of Druidry as a religion in itself. For the Archibishop it might indeed not be an individual religion – or an institutional one that would question the so called authority of the Anglican church. For him, Druidry might be more of a traditional and even political practice – as discussed in the podcast – but for other members the definition might be something else. For Druidry, it seems, this is not a problem since it uses the so called eclectic approval of many pagan traditions: an individual does not have to commit to only one tradition at the expense of other traditions. The Anglican Church might have a different policy, but since Druidry – as other pagan traditions – can be used very differently depending on the needs of the individuals, this does not have to be a conflict of terms.

I agree with Owen that instead of trying to define these mixed groups as religion or not, it is more interesting to ask why and in what situations does a group or an individual define their tradition as a religion or something else. Also, it is an interesting concept how these societies come to register themselves as religious charity or religious communities and by doing so, end up writing a sort of definition of their religion that was never before actually official. A Finnish group, called Karhun kansa (”Bear Tribe”), is trying to register themselves as a religious community in Finland. As I write this, the application is still being handled. As with the Druid Network in Britain, Karhun kansa has now given a written definition of their Finnish folk faith tradition. Should they be registered, I believe this definition could end up being more definitive about the whole faith than what, perhaps, the founders of the group had in mind.

In a way, when registering themselves, non-institutional religious groups take a step toward being more institutional and possibly even hierarchical – even if there is not much of hierarchy within the group to begin with. It might be interesting to study these emerging registered group-identities compared to the non-registered groups that claim to follow the same tradition as the registered one – but with a different agenda. Also the individual idea of ‘religion’ as a definition from outside as opposed to the religious or spiritual needs from within could be a subject for a closer analysis in the future. What are some of the individual definitions of ‘religion’ and how often and how closely do they coincide with the concepts defined within the different national registering systems? This could be a good starting point for possible renewal of these registering systems to better suit the needs of these emerging religious community-trends.

Essi Mäkelä, MA, graduated from the University of Helsinki in the summer of 2012. She did her Thesis on Discordianism within the theoretical framework of “liquid religion”. New religious movements are in her special interests. At the moment, among others, she is working on the Finnish translation of the Discordian book Principia Discordia. She is also the author of the Religious Studies Project Feature, Finding religiosity within a parody.

We begin this interview by asking what is ‘youth’? How do sociologists define it? What are some of the current trends in sociological research on youth? What, if anything, is distinctive about youth experience? Discussion then turns to ‘religion and youth’, focusing on why scholars might be interested in it, ...

Given the way in which many introductory courses present the history of early Islam and pre-Islamic Arabia, we may be tempted to think that the historical facts were well established and the narrative uncontested. However, this is far from the case. What evidence do we actually have from this period, and how may it challenge the conventional narratives that have become canonised in sacred and academic histories? What misconceptions might be challenged by modern epigraphic work, or the application of Social Identity theories to ancient texts? And why might this matter for contemporary Islam, contemporary Islamic Studies, and the critical study of religion more broadly? Joining Chris to discuss these questions, is Dr Ilkka Lindstedt of the University of Helsinki.

The digital realm is a dark continent in which the standard practices of methodology and theory find themselves tested by a whole new landscape. To introduce us to the vast array of topics Tim Hutchings provides us with an introductory discussion into the world of digital religion. We discuss the ways in which religion is finding itself in the digital realm and how this new format of expression differs from its real world iterations.

In this podcast, Dr. Christopher Harding uses his research on psychoanalysis and Buddhism in modern Japan to tackle the two-way dialogue between religion and the psy-disciplines. How have these shaped each other, and what are tensions between them?