Rebecca Rushdoony Once Condemned a Cat as a Heretic

Rushdoony, as he emerges in McVicar’s narrative, does not seem inspired by his own vision of biblical families. Rebecca Rushdoony once condemned a cat as a heretic. The eldest child of R.J. Rushdoony, an American theologian dedicated to helping Christians learn to build God’s kingdom on earth, Rebecca was mad the stray cat wouldn’t stay put. So she pronounced the cat damned, much to her father’s amusement. 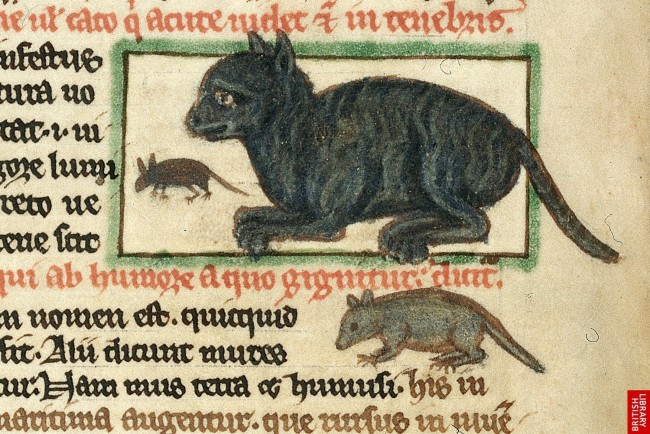 Rebecca Rushdoony Once Condemned a Cat as a Heretic

Rebecca Rushdoony once condemned a cat as a heretic.

The eldest child of R.J. Rushdoony, an American theologian dedicated to helping Christians learn to build God’s kingdom on earth, Rebecca was mad the stray cat wouldn’t stay put. So she pronounced the cat damned, much to her father’s amusement.

This is one of only a few family anecdotes in Michael J. McVicar’s book, Christian Reconstruction: R.J. Rushdoony and American Religious Conservatism, the first in-depth history of Rushdoony and the religious movement he started. This might not seem remarkable. McVicar’s highly anticipated work is an intellectual history. It examines Rushdoony’s theology and the influence that theology has had on Christian conservatives. The focus is not on the small, intimate moments of family life.

It is worth remarking on, though, because Rushdoony was deeply invested in the idea of the importance of the family. His life’s work was aimed at changing the world. He thought that change would happen through Christian families.

As McVicar explains in his interview with the Religious Studies Project, Rushdoony’s plan for transforming the world started with biblically “reconstructed” fathers.

“They are going to take control of their families,” McVicar says, “by applying the strictures of biblical law onto first themselves, the male agent, then onto their wives, then onto their children. Rushdoony’s idea was that over time, this would create interlocking networks of godly families that would eventually swell to fill the earth and create the kingdom of God on earth.”

If Rushdoony tried to live out that vision in his own life, with his own family, it is not examined in McVicar’s book.

Christian Reconstruction is not the study of a culture-changing patriarch. It isn’t a book about a father reconstructing himself and his family according to theonomy, God’s law. Rushdoony’s familial relationships and roles are noted only briefly here, evidence of the complexity of his personal character, before receding completely from the narrative.

In this way, McVicar’s historical work on Rushdoony dissents from Rushdoony’s idea of historical change. Christian Reconstruction, the book, starts from and demonstrates a theory of history different than that of Christian Reconstructionism, the movement. McVicar focuses on social networks and institutions as the primary agents of historical change. He does this with great acuity. He is persuasive, not just explaining Rushdoony’s theological work but also in implicitly arguing he can explain this history without attending to Rushdoony’s life and times as a patriarch.

There are compelling reasons to attend to this disjunction. McVicar manages to engage the reader with the ideas that Rushdoony considered crucial even before explicating them. He gives readers an opportunity to examine the generally unreflected-upon assumptions at work in every historical narrative, whether it be recent American religious history or an answer the question, “How was your day?” He gives readers, further, ground to critically examine some of Rushdoony’s basic ideas about the historical change he was attempting to effect.

McVicar also calls attention to this disjunction—which is not to say contradiction—in Rushdoony’s own thought and practice. With unprecedented access to Rushdoony’s correspondence, journals, and unpublished papers, McVicar is able to document Rushdoony’s daily intellectual life, looking not just at what he thought but also how.

What these sources show, McVicar writes, is “a singularly focused, almost mechanical man driven by an all-consuming ambition to build ‘a world-wide ministry through writing.’” Even in his most personal diaries, Rushdoony isn’t particularly interested in applying biblical law to his family. Rather, “Rushdoony’s diaries disproportionately recount his confrontations with theological critics, intellectual ne’er-do-wells at academic conferences, battles with Presbyterian officials, or run-ins with ignorant lay-people,” McVicar writes. “The result is a written record that displays a man more likely to note anger over personal slights and the perceived intellectual vapidity of his enemies than he was to document the happier moments of his life” (11).

Rushdoony, as he emerges in McVicar’s narrative, does not seem inspired by his own vision of biblical families. He seems more compelled by some of the conspiracy-minded thinking that permeated right-wing thought in the mid 20th century.

He was very interested, for example, in a 19th century British group named the Fabian Society. One of the fascinating details McVicar turns up in his archival research is multiple versions of an unpublished essay on the Fabian Society, showing that Rushdoony believed their gradualist and reformist approach to advancing socialism had been profoundly influential. In a memo circulated among conservative think tanks, Rushdoony used the Fabians as a model for what conservatives should be doing. Even as he believed that the kingdom of God would come through reconstructed families, Rushdoony wrote that think tanks could dramatically change the course of history if only it could really coherently unify right-thought with right-practice.

“History,” McVicar quotes Rushdoony, “has never been commanded by majorities but only by dedicated minorities, and the need today is a strategy for the development of that minority into an instrument of thought and action power” (64).

Rushdoony spent large amounts of energy criticizing people who agreed with him on particular issues for their failure to sufficiently unify their thought and action. He thought most Christians and conservatives had under-theorized their activities. At the same time, he struggled to find effective ways to put his theory into practice.

Sometimes, his practice seemed entirely disconnected from his theory.

McVicar looks at Rushdoony’s failed attempts to work inside academia. He looks at Rushdoony’s failed efforts to work with modernist and fundamentalist Presbyterian denominations and then his ill-fated struggle to gain influence over the flagship journal of American evangelicalism, Christianity Today. McVicar follows Rushdoony’s varying success working with right-wing political organizations. He looks at how Rushdoony tried to found a Christian Reconstructionist college, but only managed to build a one-man research organization. He looks, further, at Rushdoony’s conflicted relationships with a younger generation of Christian intellectuals he mentored, notably Greg Bahnsen, John Whitehead, and Gary North.

Even as Rushdoony wrote that the kingdom of God would come through reconstructed families, he was actively engaged in a lot of different ways of trying to influence society.

And some of them were successful.

“Christian Reconstruction, in some important ways, but limited ways, contributed to what Americans would now think of the Christian Right or the New Christian right,” McVicar tells RSP. “I … got to see exactly how much of an influence he had on the rise of things like the religious right, the moral majority, the Rutherford Institute, a handful of really important think tanks, legal advocacy firms, and public defense legal firms that developed in the 1980s. I got to see his influence here, and it did reveal a network of relationships that simply had not been covered in this history before.”

One of the most significant ways Rushdoony had an influence, McVicar shows, was by having his ideas appropriated. Sometimes his thought was adopted quite faithfully, as in some the more conservative streams of the homeschool movement. Other times, the ideas were adapted freely, as was the case with televangelist Pat Robertson, for example, and Tim LaHaye’s somewhat secretive religious-right group, the Council for National Policy. “From Rushdoony’s perspective,” McVicar writes, “CNP participants simultaneously stole his ideas and denied their fundamental truth” (210).

In this way, the story about Rebecca Rushdoony and the cat turns out to be somewhat important. As the theologian was theorizing how Christian patriarchy would bring about the kingdom of God, his daughter was demonstrating the kind of influence he would actually have. She took Rushdoony’s words and repurposed them…

In that case, to condemn a cat as a heretic.